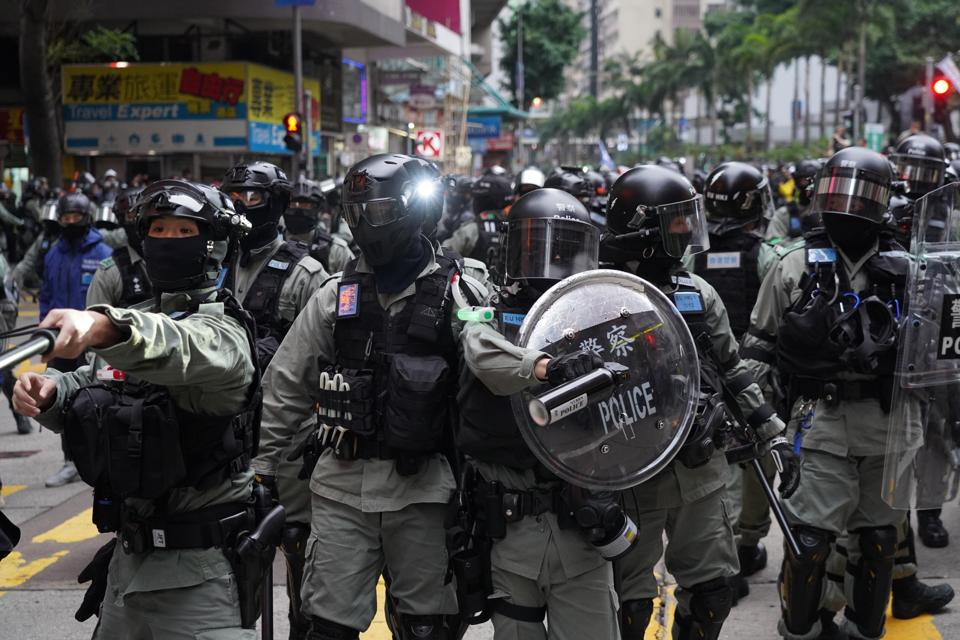 Riot police stand against demonstrators during a protest in the Wan Chai district of Hong Kong, … [+] China, on January 1, 2020. (Photo by Yat Yeung/NurPhoto via Getty Images)

Hong Kong started off the Western New Year in protest mode. Tens of thousands took to the streets again this week to call for universal suffrage, and freedom for protesters currently facing jail time. But it ended the year with a key driver of its economy — the consumer — in near total retreat.

If protests continue, 2020 is shaping up to be a disaster for the Hong Kong economy.

Hong Kong’s retail sector overall saw sales figures fall 23.6% in November compared to a year ago. It was the second largest drop on record, the South China Morning Post reported on Friday based on data from the Census and Statistics Department (C&SD) of Hong Kong. The number follows October’s retrenchment of 24.4%. C&SD said that further civil unrest does not bode well for the sector this year.

Luxury goods in the fashion segment primarily saw sales sliding 43.5% in November. Luxury beauty products, of which Hong Kong is a top market for international brands in Asia, fell by 33.4%.

General department store sales were off by 30% annualized. 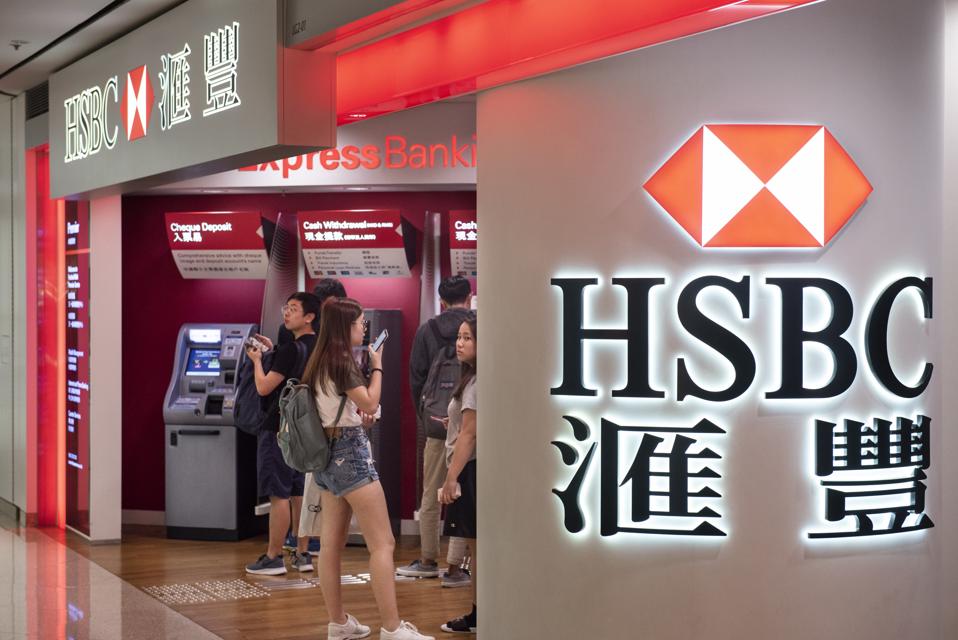 HSBC to close ATMs in certain districts hit by protests.

Annie Tse Yau On-yee, chairwoman of the 9,000-member Hong Kong Retail Management Association, told the Post that she expected more store closings in the city in 2020.

Financial Secretary Paul Chan Mo-po predicted this week that Hong Kong’s economy will shrink by 1.3% in 2020 due to both protests and the trade war.

Hong Kong slipped into a recession in the second half of 2019. its GDP contracted 3.2% in the third quarter on a quarterly basis and 2.9% annualized, the biggest contraction in a decade.

Fourth quarter numbers have not yet been released, but judging by November’s retail slump, positive numbers will depend on the four key sectors of the economy, namely financial services, tourism, and export trading.

At least one bank is issuing a warning that protests are hurting business.

On Friday, HSBC — the city’s largest bank — said it would shut down ATM service on weekend evenings and during public holidays in areas where protestors are most active. HSBC said the closings would impact 19 ATM locations at night “until further notice.”

Tourism hasn’t been this bad since disease outbreaks of 15 years ago.

Tourist arrivals in Hong Kong fell 56% year over year in November for a total of 2.65 million, not far off the 2003 levels that suffered from a breakout in severe acute respiratory disease, known as SARS, back in 2003. 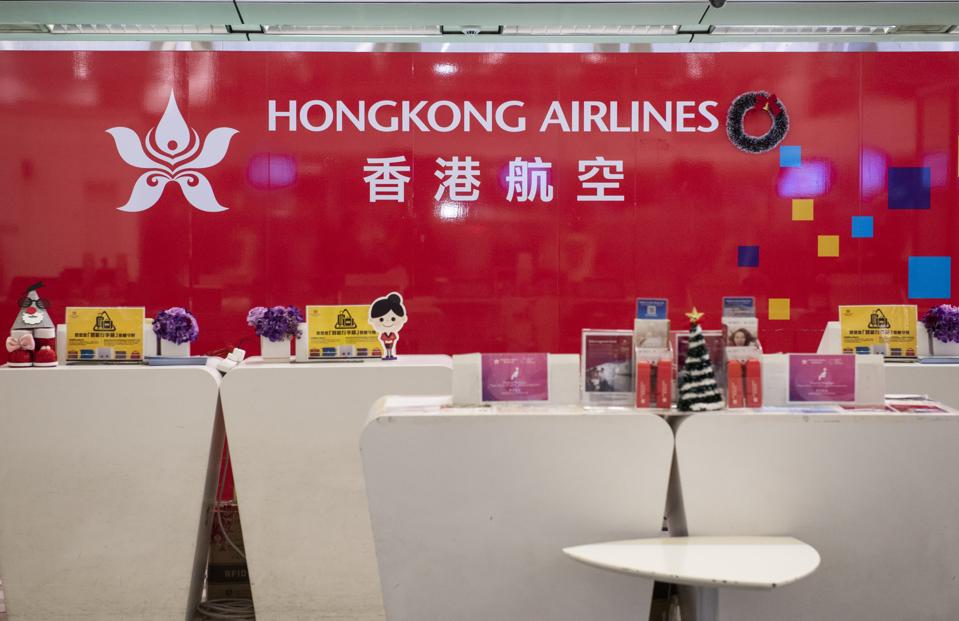 Hong Kong’s four key industries accounted for roughly 57% of its GDP in 2018. Now that the biggest bank is shutting down ATMs and tourism is in trouble, investors will have to hope the trade variable remains favorable.

Seeing how President Trump opted against rising the December 15 tariffs, the trade war could be on ice for now.

Also, China has not involved itself in the law enforcement activities on the ground in Hong Kong. At least not overtly. The majority of Hong Kongers are in favor of the pro-democracy movement, but are not calling for a clean break from China. This is good for Beijing.

The U.S. threat of sanctions to remove Hong Kong’s special trading relationship is damaging to China but is more damaging to Hong Kong. Considering the region is already in recession, removal of that status would be a brutal and decisive blow to the very people Washington wishes to protect.

Barring greater and undisguised Chinese involvement in policing the Hong Kong protests, Washington’s age-old trading status with Hong Kong should remain in place this year. Removing it would be a worse case scenario, sending the Hang Seng into bear market territory.

How Does Tesla Spend Its Money?

Banks Are Sitting On The Digital Economy’s Most...

Bitcoin’s Huge Surge This Week Could Be The...