Led Zeppelin On Way Up After ‘Stairway To Heaven’ Copyright Win 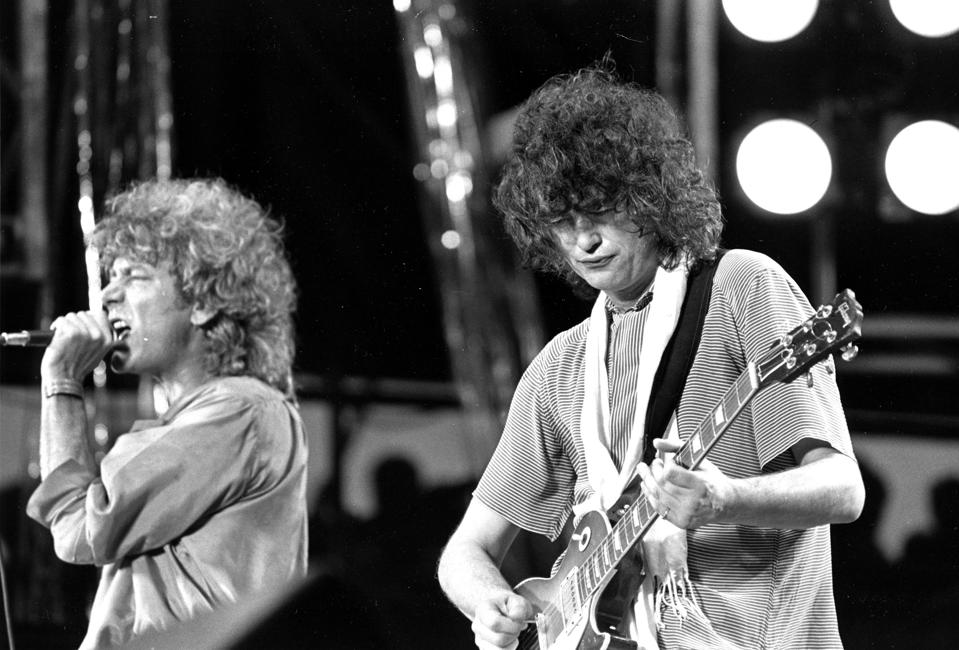 Led Zeppelin and its Warner record and publishing companies won a big appellate decision today when the Ninth Circuit Court of Appeals affirmed a district court’s verdict to deny (the Trust of) Spirit guitarist/songwriter Randy Wolfe (also known as “Randy California”) from going to trial again. At trial, Michael Skidmore, on behalf of Wolfe’s Trust, was hoping to play to a jury the sound recording of Taurus, which plaintiff claimed was substantially similar to Led Zeppelin’s mega-hit Stairway to Heaven.

However, in his appeal, Skidmore did not challenge substantial similarity between the two songs, which shared a series of common notes. Instead, he pushed forth a series of legal issues challenging, most notably, jury instructions, including the highly disputed “inverse ratio rule,” which says that a lower standard of proof of substantial similarity is required when a high degree of access is shown. In other words, the more access Led Zeppelin had to Spirit’s Taurus, the easier it would be for Skidmore to prove that Led Zeppelin infringed. Several circuits have rejected the “inverse ratio rule,” while other circuits, including the Ninth, have accepted it, to a limited degree. In this ruling, the Ninth Circuit not only acknowledged the “checkered application” history of the inverse ratio rule, but abrogated the rule in its circuit.

“We take the opportunity to reject the inverse ratio rule, under which we have permitted a lower standard of proof of substantial similarity where there is a high degree of access. This formulation is at odds with the copyright statute and we overrule our cases to the contrary. Thus the district court did not err in declining to give an inverse ratio instruction. Nor did the district court err in its formulation of the originality instructions, or in excluding a selection and arrangement instruction. Viewing the jury instructions as a whole, there was no error with respect to the instructions.”

It had already been established that the bands Spirit and Led Zeppelin had “crossed paths” in the 60s and 70s. However, Skidmore had to prove that Jimmy Page, or other members of Led Zeppelin, had access to Spirit’s one-page unpublished, “deposit” copy of Taurus. Skidmore was hanging his hopes on the jury watching Page listen to Taurus at trial and basing their decision on the way Page reacted.

The court writes: “Skidmore’s position is a curious one and defies common sense. There would have been very little, if any, probative value in watching Page’s reaction to listening to Taurus at the trial in 2016 to prove access to the song half a century ago. To prevent the jury from making an erroneous comparison for determining substantial similarity, the court properly excluded the sound recording, which contains performance elements that are not protected by the Taurus deposit copy.”

The court also noted “Given the thin protection afforded the selection and arrangement of basic musical elements at issue here, Skidmore could prove infringement only if the relevant passages of Taurus and Stairway to Heaven are virtually identical. They are not.”

In short, the court found that Skidmore’s case was carefully considered by both the district court and the jury, and that there were no errors made that would warrant a new trial. Thus, judgment that Led Zeppelin’s Stairway to Heaven did not infringe Spirit’s Taurus was affirmed.

Note: In a previous post, I write about the initial 2014 case and I subsequently write about the appeals process, which culminated in today’s ruling. In short, the two parties could have been headed for a new trial, but instead the Ninth Circuit, sitting en banc, affirmed the jury’s judgment and found that a new trial was not warranted.

Colleges Reacting To The Coronavirus Should Consider The Needs Of Students

$20 Billion Will Be Spent On Valentine’s Day

What You Need To Know About Tinder’s New...

Tired of Sales Rejections? Here’s What You Need...