Breaking
In Need Of A Competitive Edge? Look To...
Think Small: Timely Picks To Capture The Reawakening...
Patient Gets Covid-19 Swab Lodged In Her Lung...
Nine Signs You’re Not Being Effective During Your...
Chromebooks Can Now Run Windows 10 – Find...
Will Biden’s Tax/Benefit Plans Help/Hurt You And The...
This Fashion Brand Turned A Stripe Into A...
Shots In The Dark: Why Access To A...
What Building Wealth Really Takes In Business
Building A Circular Economy In New York City...
How To Cast Your Vote Against Election Scams
New Science On Stress: Feeling Your Feelings Works...
Why Now Is The Right Time To Acquire...
7 Obstacles That Prevent People From Starting Businesses...
Booking Holdings Falls; Likely To Remain A Risky...
Apple iPhone Crushes Samsung Galaxy In Important New...
Home Business Leeds United Need To Make Smart Choices This Summer To Thrive In The Premier League
Business 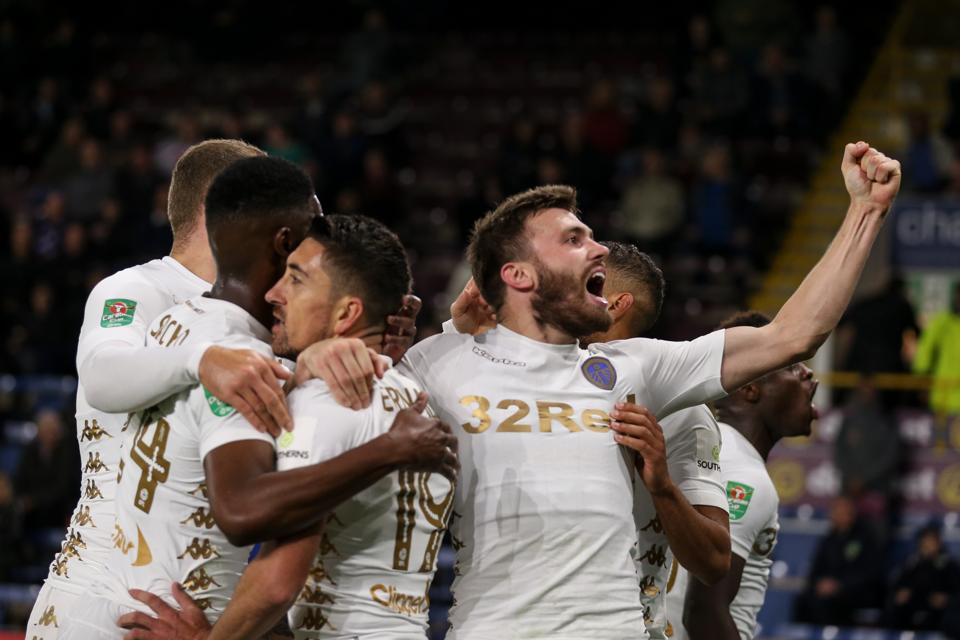 Pablo Hernandez of Leeds United celebrates after scoring a goal in the Carabao Cup Third Round match … [+] between Burnley and Leeds United at Turf Moor on September 19, 2017. (Photo by Robbie Jay Barratt – AMA/Getty Images)

Leeds United are back in the Premier League. Marcelo Bielsa’s men won promotion with two games to spare after West Bromwich Albion lost 2-1 to Huddersfield Town on Friday night.

It has been a 16-year wait, and many pundits think that Leeds United’s promotion could awaken a sleeping giant.

But things aren’t that simple. Just ask Aston Villa, one of the most well-supported clubs in England, who need a great escape to avoid returning to the Championship after just one season back in the top flight.

Leeds United have dominated the Championship this season. But success in the Premier League is not something they can take for granted. And there are some things that Marcelo Bielsa will have to do if Leeds’ long-awaited return to the top-flight is not just a fleeting visit.

The most important task is filling one, possibly two, huge voids that could be about to appear in the Leeds United squad. There are plenty of contenders for Leeds United player of the season, but two of those are Ben White and Pablo Hernandez.

Ben White, the 22-year-old future England national team defender, has played more minutes this season than any other Leeds player. His ability to read the game has been a big part of the reason Leeds United have the tightest defense in the Championship this season. He leads the entire league for the number of interceptions per match and is certainly going to figure in many pundits’ Championship team of the season.

The problem is that Leeds United’s Ben White is really Brighton and Hove Albion’s Ben White. He has only been on loan at Elland Road, and Brighton manager Graham Potter is a fan of White’s mobility and ability on the ball. Brighton’s technical director Dan Ashworth has said Brighton would be looking to keep him for a number of years. And if Brighton did sell him, then there are plenty of other clubs after him, reportedly including Liverpool.

Leeds might have to follow Aston Villa’s example and pay big to keep hold of their loan stars. Aston Villa spent big last summer to make Tyrone Mings’ loan into a permanent signing, and Leeds have already moved quickly to acquire the services of Helder Costa from Wolverhampton Wanderers on a permanent basis. But Villa also failed to keep hold of Axel Tuanzebe or Tammy Abraham. If they had those two, their season might have gone very differently. It’s no wonder that pundits are saying that signing Ben White should be Leeds United’s top priority this summer.

The other hole could be Pablo Hernandez. The Spanish midfielder is a level above most of his Championship peers, but he is also 35 years old. He’s reaching the age where playing for 90 minutes week-in week-out in the Premier League might be beyond him. Whoever Leeds sign to eventually replace Pablo Hernandez has big boots to fill. If they don’t get his replacement spot on, then their whole team could fall apart.

“Bielsa Burnout”, if it is really a thing, didn’t happen this year. Leeds have only lost once in their last 13 games. The shorter Premier League season is more likely to suit El Loco’s intense style than the 46-game slog that is the Championship. But Leeds still need more strength in depth. Only 16 players have played more than ten times so far this season for Leeds United. By comparison, 19 Brentford players, 22 West Brom players, and 22 Fulham players have at least ten caps so far this season.

Leeds’ small squad means their budget is concentrated on fewer, more talented players, and they have become a tight-knit unit capable of playing Marcelo Bielsa’s style of soccer and becoming more than their individual parts.

But a few injuries could easily have derailed Leeds’ season like it did in 2018-19. Injuries, and not the “Bielsa Burnout”, was the reason why Leeds started so brightly that season but couldn’t quite get over the line. Next season’s Premier League schedule will be more compact than usual, meaning rotations will be needed to avoid injury.

Leeds United might be one of the biggest clubs in England, but 16 years in the wilderness shows how the size of a club’s fan base counts for very little when finances are primarily determined by TV money and the depth of billionaires’ pockets.

Leeds United might be a sleeping giant, but that won’t be enough on its own to stay in the Premier League. Their survival will come down to the quality of their summer signings, and the ability of their superstar head coach.

Much Of The Internet Went Down Yesterday: Here’s The Reason Why

‘Ghost Of Tsushima’ Is Blowing Away My Expectations So Far