Breaking
U.S. House Passes Bill To Create First Crypto...
Top 3 Lessons For Financial Independence
The Ultimate Guide to Saving Money
Lights, Camera, Action—Is There A Post-Covid Future For...
7 Ways to Reduce Human Errors in Your...
How ‘Couples Therapy’ Used Technology To Cope With...
Can You Settle Your Student Loans Or Negotiate...
7 Best Practice PR Tips For Your Next...
How to Use Amazon Attribution For Ad Campaigns
What are the Makings of a High-Quality Link?
How To Quickly Start And Scale Your Business
Terra Virtua: What NFTs Can Teach Us About...
5 Easy Steps To Prepare Content For E-A-T...
Physical Inactivity Linked To More Severe Covid-19 Infection...
The 2021 Estimated Tax Dilemma: What Tax-Return Pros...
Want To Digitally Transform Your Business? Start With...
Home Business Legendary NBA Commissioner David Stern Dies At 77
Business 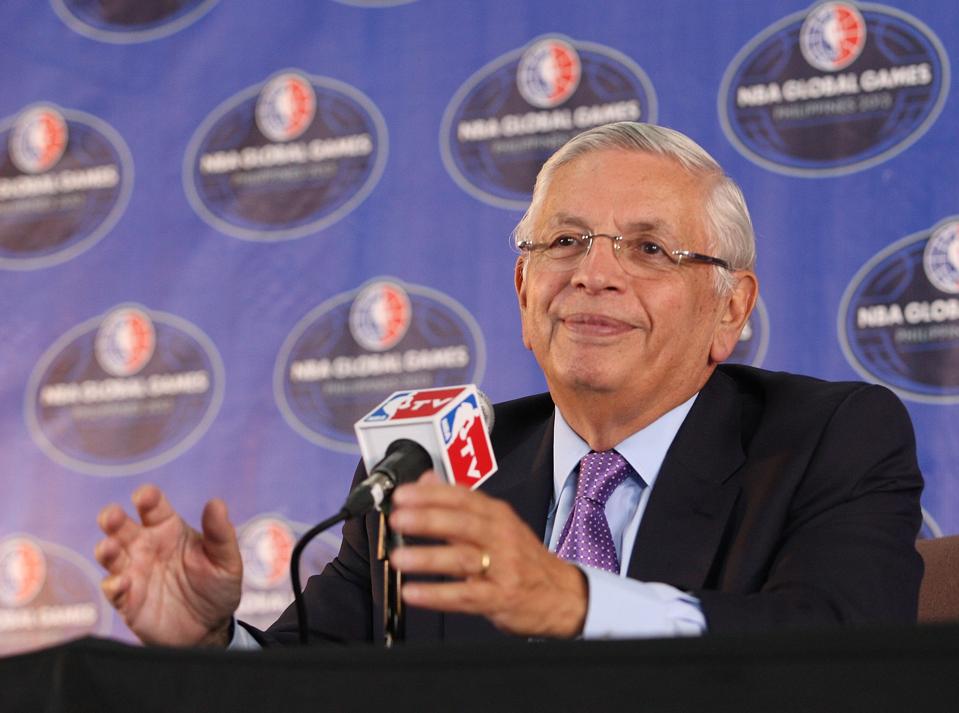 MANILA, PHILIPPINES – OCTOBER 10: David Stern NBA Comissioner at a pre- press conference before the … [+] NBA match between the Houston Rockets and the Indiana Pacers at the Mall of Asia Arena on October 10, 2013 in Manila, Philippines. (Photo by Mike Young/Getty Images)

The National Basketball Association lost a legend on Wednesday afternoon. Former commissioner David Stern passed away as a result of the brain hemorrhage he suffered approximately three weeks ago.

When discussing the NBA’s remarkable growth over the last four decades, it’s nearly impossible to overstate Stern’s impact. His fingerprints are all over the league’s incredible economic expansion and dramatic rise in popularity.

“Over the course of 30 years as Commissioner, [Stern] ushered in the modern global NBA. He launched groundbreaking media and marketing partnerships, digital assets and social responsibility programs that have brought the game to billions of people around the world,” wrote current commissioner Adam Silver in a statement issued by the league. “Because of David, the NBA is a truly global brand – making him not only one of the greatest sports commissioners of all time but also one of the most influential business leaders of his generation. Every member of the NBA family is the beneficiary of David’s vision, generosity and inspiration.”

Sacramento Kings Chairman Vivek Ranadivé stated: “David’s unprecedented 30-year tenure as Commissioner will go down in history as the greatest in all of sports. He transformed the game of basketball and turned the league into the global force we know and love today.”

Stern was the NBA fourth commissioner. His first day on the job was February 1, 1984. He retired three decades to the day later, February 1, 2014.

When Stern stepped in, the league was in undeniable trouble. Just a few years prior to his promotion, when he was working under Larry O’Brien, the NBA Finals were infamously shown on tape delay. The season before he was named Commish, there were just four regular-season NBA games broadcast on national television. In the late 1970s, some pundits contended that the league would fold before the end of the decade.

Pro Basketball languished a distant third in popularity (and income generated) behind the NFL and MLB in the early 1980s. The NBA brought in less than $25 million annually in network revenue. 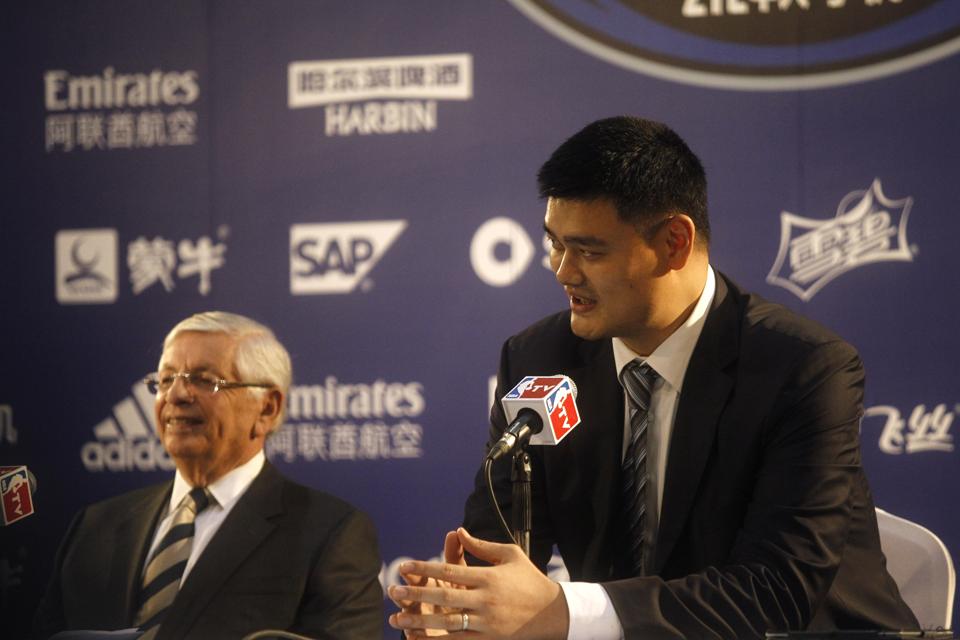 On October 6, 2014 (less than eight months after Stern stepped down), the league announced a nine-year extension with ESPN, ABC and Turner Sports beginning with the 2016–17 season and running through the 2024–25 season. The new deal was worth a reported $24.3 billion ($2.7 billion annually). That represented a nearly 200% increase from the prior level of $930 million. It’s considered the second most expensive media rights deal in the world, trailing only the NFL. According to Sports Business Daily, ESPN will pay $1.4 billion and Turner Sports $1.2 billion.

Per the New York Times, “By the time Mr. Stern ceded his title to Adam Silver in 2014, the NBA had opened offices in 15 cities outside the United States and signed agreements to televise games in more than 200 countries, in more than 40 languages.”

All parties associated with the NBA benefited as the pie continued to increase in size.

As Forbes detailed back in February, “Soaring local media deals, new arenas and basketball’s international popularity continue to push the value of NBA franchises higher. The average NBA team is worth $1.9 billion, up 13% over last year and three times the level of five years ago. The New York Knicks lead the way, worth $4 billion by Forbes’ count, up 11% from a year ago. The club is tied with the New York Yankees as the second-most-valuable US sports franchises after the Dallas Cowboys, which is worth $5 billion.”

In 1984-85, David Stern’s first full season as commissioner, the league’s salary cap was $3.6 million. According to Basketball-Reference, the average NBA player’s salary this season is $7.6 million, up from an average salary of almost $6.4 million in 2018-19. The league’s median salary currently sits at $3.5 million.

Wednesday evening, the NBA Players Association released a statement that read, “David Stern earned and deserved inclusion in our land of giants. His impact on our game and our business is immeasurable and the rewards we reap will continue to be appreciated by NBA players and their families for generations. As tough an adversary as he was across the table, he never failed to recognize the value of our players, and had the vision and courage to make them the focus of our league’s marketing efforts – building the NBA into the empire it is today. We owe him and we will miss him.”