The world of bitcoin and cryptocurrencies has been set alight this week by the sudden surge of dogecoin—a “joke” cryptocurrency that’s doubled in value in the last two days thanks videos posted on controversial China-based app TikTok.

Dogecoin, a tongue-in-cheek bitcoin rival named by Tesla TSLA chief executive Elon Musk as his “fav” cryptocurrency last year, is now worth $0.0046, up from $0.0023 earlier this week; effectively making it a cryptocurrency equivalent of a penny stock. 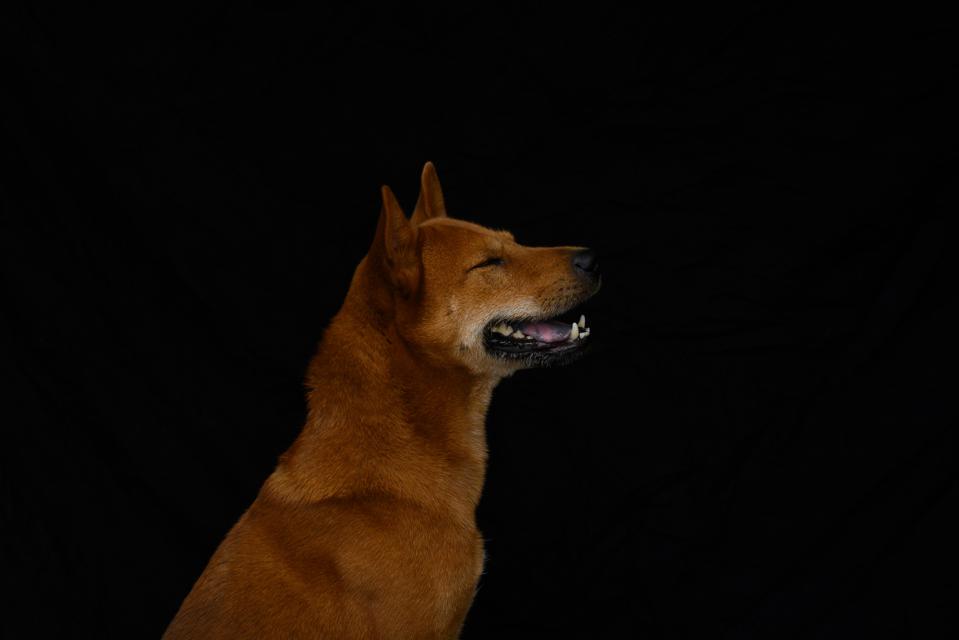 The doge meme is based on the Japanese Shiba Inu. The meme was turned into the “joke” currency … [+] dogecoin, a cryptocurrency similar to bitcoin, in 2013.

“Let’s all get rich,” TikTok user James Galante told his relatively small number of 5,700 followers in a video that’s now been viewed over 900,000 times. Galante’s previous video, also promoting dogecoin, has been watched around 250,000 times.

“Dogecoin is practically worthless,” Galante told his global audience. “There are 800 million TikTok users. Once it hits $1, you’ll have $10,000. Tell everyone you know.”

TikTok videos, usually short, tightly edited clips featuring predominately younger people and often set to music, can attract huge audiences even if the video creators have few followers. TikTok’s algorithm is good at picking up on what people like and promoting it to a wider audience, meaning that if a video is engaging there’s a good chance it will get seen by a lot of people.

TikTok, which has 37 million U.S. users according to Statista, is potentially facing a country-wide ban after Secretary of State Mike Pompeo told Fox host Laura Ingraham this week the Trump administration is “certainly looking at” a ban and downloading the app would put people’s “private information in the hands of the Chinese Communist Party.”

TikTok, which has been downloaded more than two billion times globally, was banned in India last week amid security concerns and has also quit Hong Kong after China imposed a new security law on the city.

TikTok, now run by a former Disney top executive, Kevin Mayer, has said it would never share data with China.

But in the meantime, TikTok users continue to create, and watch, lots of dogecoin videos. There are now almost 10 million videos on TikTok with the hashtag “dogecoin,” many with views well into the 10s of thousands.

The sudden attention caused dogecoin trade volume to skyrocket by 1,000% at its peak on Wednesday, according to CoinMarketCap data.

Meanwhile, the TikTok-inspired dogecoin rally caught the attention of Dave Portnoy, the founder of Barstool Sports who has turned to stock market day trading amid coronavirus lockdowns and massive share price rallies brought on by unprecedented intervention by the U.S. Federal Reserve.

“What’s going on with dogecoin,” Portnoy asked viewers of his Barstool Sports livestream Davey Day Trader, adding he “isn’t in on bitcoin and litecoin” and other cryptocurrencies.

“Everyone is buying this dogecoin. It’s a pump-and-dump. Dogecoin is bubbly rosé,” Portney told his viewers, a term he coined meaning a stock or commodity that’s performing well.

The dogecoin rally, somewhat resembling the bitcoin and crypto mania of late 2017, comes after popular stock trading app Robinhood has seen massive uptake among young people in recent months—many of whom are out of work due to the severe economic downturn brought on by the coronavirus pandemic.

However, the dogecoin price is now only a fraction of the peak it reached in early 2018. Dogecoin, along with bitcoin and most other cryptocurrencies, have fallen sharply since hitting skyhigh values toward the end of 2017.

Elsewhere, veteran traders have also warned against people jumping on the dogecoin wagon.

“This is the most transparent pump-and-dump scam I’ve ever seen, though I’m not sure we can even call it a scam as everybody who gets involved knows it’s a scam beforehand,” Glen Goodman, a U.K.-based trader and author of The Crypto Trader, said via email.

“The TikTok videos urging people to bid up the doge price remind me of some of the world’s most blatant pyramid schemes, where the sales pitch typically goes: ‘Look, we all know this is a pyramid scheme that will collapse eventually, but you will be one of the winners who rakes in the cash, while only the later entrants will lose money.'” 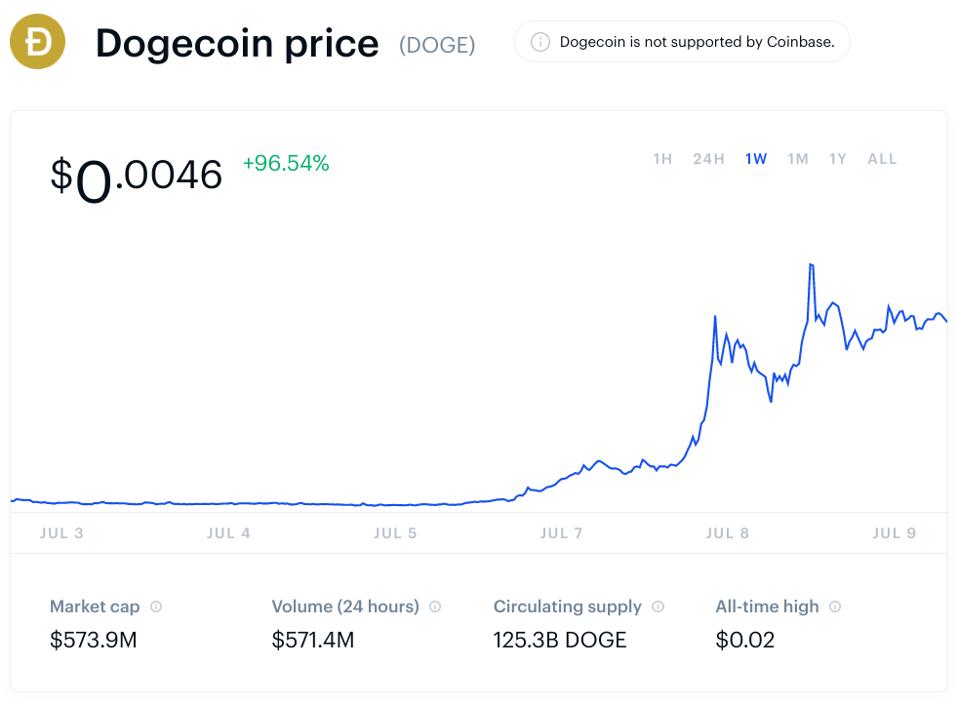 The dogecoin price has almost doubled this week but the rapid rise is unlikely to hold, veteran … [+] traders have warned.

“Be mindful of the intentions people have when they direct you to buy things,” the unverified @dogecoin account that boasts almost 150,000 followers posted.

“None of them are in the spot to be financially advising. Make choices right for you, do not ride other people’s [fear of missing out] or manipulation. Stay safe. Be smart.”

For those wondering if they should buy dogecoin now to try to get in on the action, Goodman has some stark words of warning.

“With no fundamentals to support it, the price of dogecoin will only go up as long as the early buyers who are cashing out have new buyers to sell to,” Goodman said. “Once the supply of willing suckers starts running dry, the price collapses.”

Is There Any Room For CSX Corporation’s Stock...

US Prisons, Can They React Fast Enough To...