Home Business Let’s Remember What Christmas Is All About
Business

Let’s Remember What Christmas Is All About

As Christmas approaches, there is a final rush to finish that last assignment before setting the out of office, a desire to spend more money on gifts than is necessary, a requirement that you spend hours wrapping gifts which will be opened within seconds and hours of preparation of festive meals. This is what it takes to be ready for the festivities. But is this what Christmas is about?

This Christmas season, one picture stuck in my mind; the nativity scene in metal cages. This picture refers to the installation by the Claremont United Methodist church portraying Jesus, Mary and Joseph as a caged immigrant family. Explaining the installation, Rev. Karen Ristine of the Claremont United Methodist church asked a few important questions: “What if this family sought refuge in our country today? Imagine Joseph and Mary separated at the border and Jesus no older than two taken from his mother and placed behind the fences of a Border Patrol detention center as more than 5,500 children have been the past three years.” 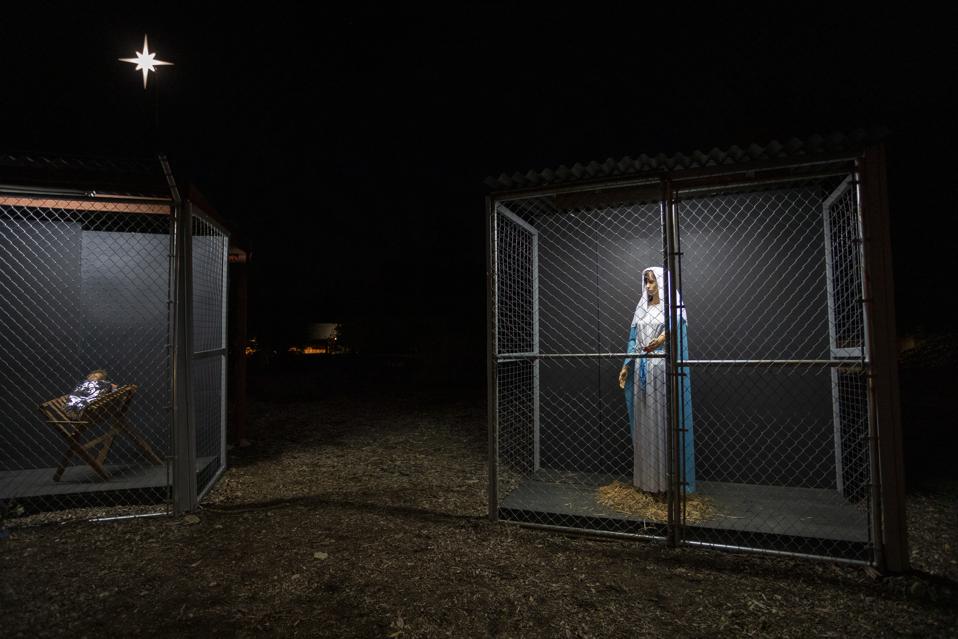 This image should be recognizable for anyone who has read the story of how Mary and Joseph fled persecution. In their search for a refuge, there was no place for them in the inn. All they found were stables where animals were being kept. They were safe there. They were together as a family. While they may not have had anything, they had more than what we hear of the families seeking refuge in the US and other parts of the world. Knowing the story of how Mary and Joseph were fleeing persecution, one would consider and expect that any policies (or even laws) that seek to detain families seeking asylum in detention centers, and separating children from their parents, would not be supported by anyone. Such policies and laws should not be supported by anyone who recognizes the importance of family. It should not be supported by anyone who believes in the importance of human lives and human dignity.

While many people would identify themselves with the above values, the questions is then, why have such policies (and laws) gained significant support?

Asked about the thousands of refugees who have left Honduras and other Central American countries to escape the situation there, in 2019, 39% of those interviewed disapproved allowing refugees into the country, falling from 43% in 2018. In 2019, 57% approved their entry, as compared to the 51% in 2018.

This data is important. The photographs of families being thrown into cages, children being separated from their parents, are not pictures that people are indifferent to. People do care for the most vulnerable and those who require protection. Every life must be protected and this protection is not dependent on the geographical location or migration status. These values need to be adequately expressed and advocated for.

What the data also makes clear is that those interviewed considered it more pressing to grant refugees entry into the US. This is predicted. A refugee is someone who has been forced to flee their country because of persecution, war or violence; and has a well-founded fear of persecution for reasons of race, religion, nationality, political opinion or membership in a particular social group on return to their home country. Indeed, over the years, we have witnessed several refugee-producing situations – including two genocides in the last five years only.

We must stand in solidarity with those who do not have a voice. This Christmas, as we set up that out of office message, as we wrap the last gifts or take the turnkey out of the oven, let’s remember what Christmas is all about. Whether Christian or not, whether religious or not, we all have the shared value of human dignity that we need to reaffirm in how the get about our lives. Let’s think of the very brave installation at Claremont United Methodist church and the message it sends. Let’s finds ways to respond to migration with dignity, dignity of those seeking a safe haven (refugees) or those trying to find a better economic situation (economic migrants), and do so preserving our own dignity that may have been tarnished when we put families in cages.

How To Eat Oysters And What To Drink With Them

5 Pillars Of Health Teachers Can Use To...