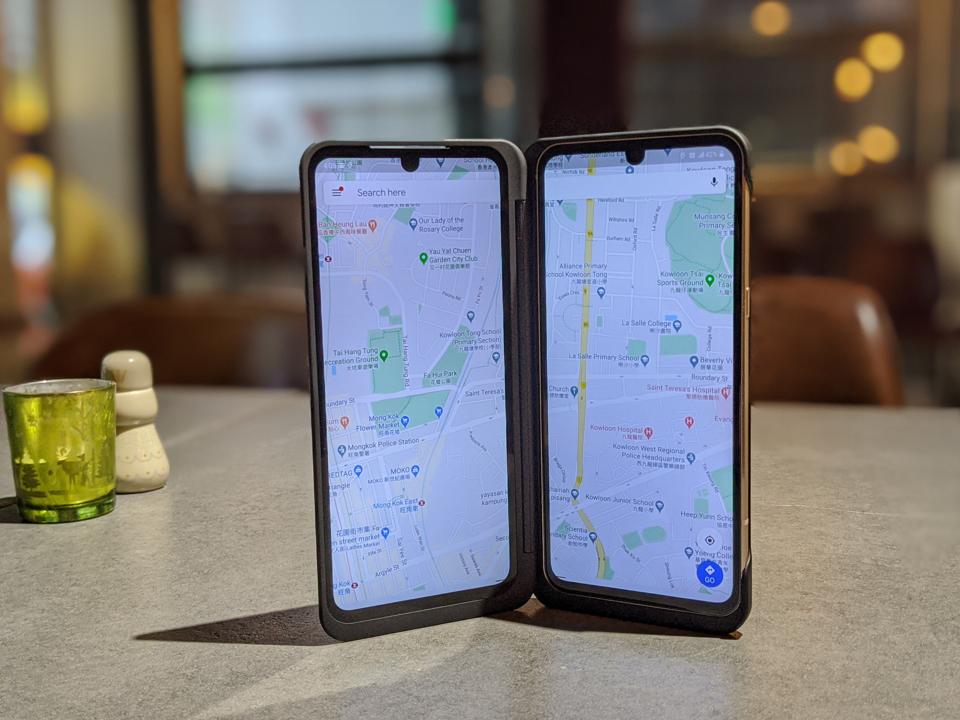 Samsung’s S20 line of phones are facing some heated competition in Asia and Europe. The Oppo Find X2 Pro has been critically acclaimed; and Huawei’s P40 series starts at just €699. Xiaomi’s Mi 10 Pro is even more affordable.

But in the U.S. and South Korea, those brands aren’t available, so the S20 thus far has had no challengers in 2020—but Samsung’s crosstown rival LG is trying to change that.

The LG V60 is the company’s latest flagship, and like the G8X from last summer, it comes packaged (in most markets) with a “Dual Screen” case that adds a second screen functionality.

The last two LG phones to use the Dual Screen system were mostly interesting only when paired with the Dual Screen case, as by themselves the phones were rather bland looking. Thankfully, the V60 breaks from that with a clear design direction. The phone is tall and big, with a gold-colored (at least on my unit) aluminum railing that wraps around the phone. The railing is so noticeable it almost feels like the phone is in a bumper case. This is a shift in direction from everything else on the market—seemingly all curvy glass—which is refreshing.

In fact, the V60 reminds of 2015’s V10, which is probably my all-time favorite phone (I’m judging it relative to what’s out at the time, and not today’s standards, of course). The V10 had two steel railings that ran across the left and right side of the phone, and had this rugged kevlar back. 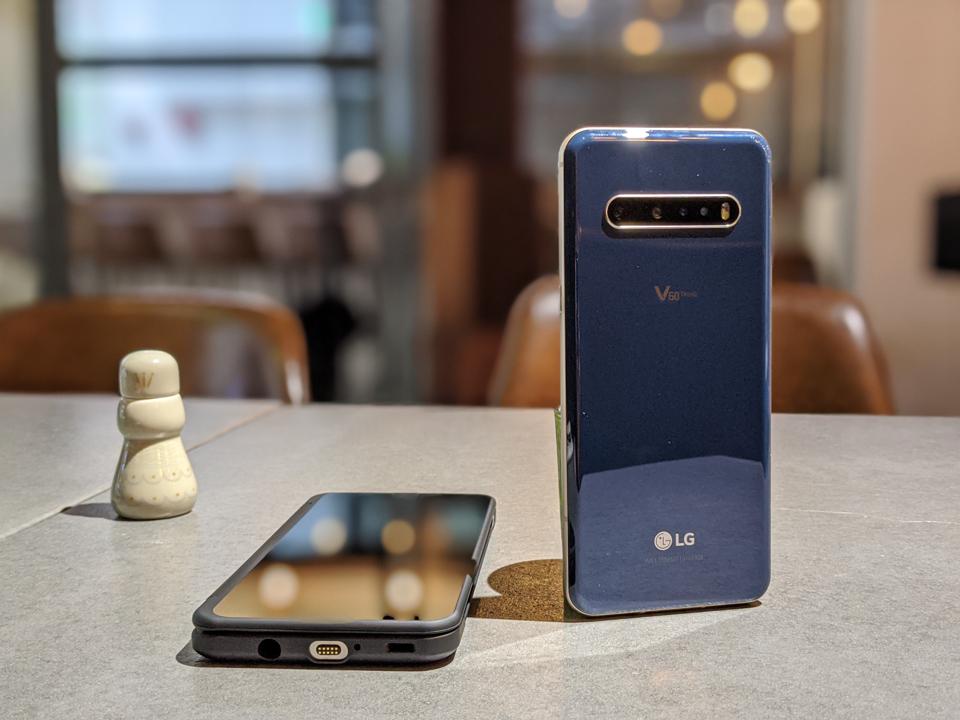 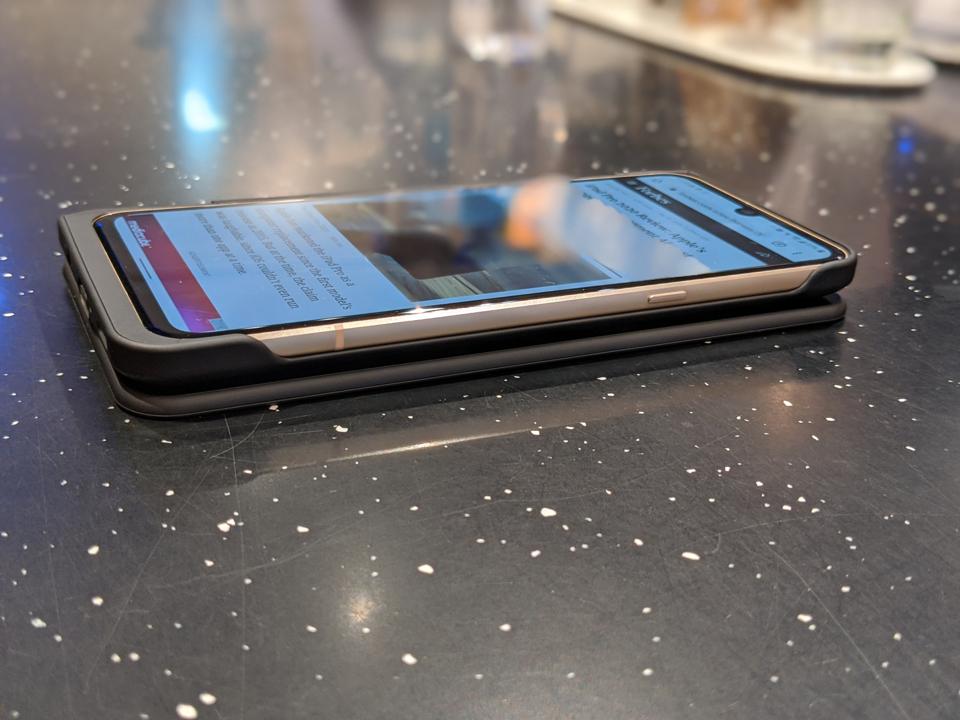 The V60 when inside the case.

Back to the V60: it’s powered by the usual internals you’d expect from an Android flagship in 2020: Snapdragon 865, with 8GB of RAM. The OLED screen measures 6.8-inches diagonally and looks great. But, there is a small notch and the refresh rate is only 60Hz. Both of these are outdated and not preferred.

But with the V60, LG is clearly going for the practical and functional instead of flashiness (and the high cost of that flashiness), because the phone also has a 5,000 mAh battery, a headphone jack connected to a Hi-Fi DAC (digital-to-analog converter), and three mics for the best audio recording in Android. These are all features that won’t pop off advertising billboards or TV commercials, but they bring real world benefits.

Overall, I really enjoy holding the V60. It feels rugged and utilitarian; I don’t have to baby it the way I do with really fancy curved glass phones.

What’s new with the Dual Screen?

Not much. The only notable new feature is that LG has increased the number of apps that can stretch across both screens. Previously, only the South Korean search app Whale and Google Chrome could do this. Now, Google Maps, YouTube, Google Docs can all span across both displays.

Obviously, there is a rather noticeable gap between the two screens, so it really takes away from the immersion when watching YouTube videos, but for apps like Google Maps, it is absolutely useful to have more screen space. 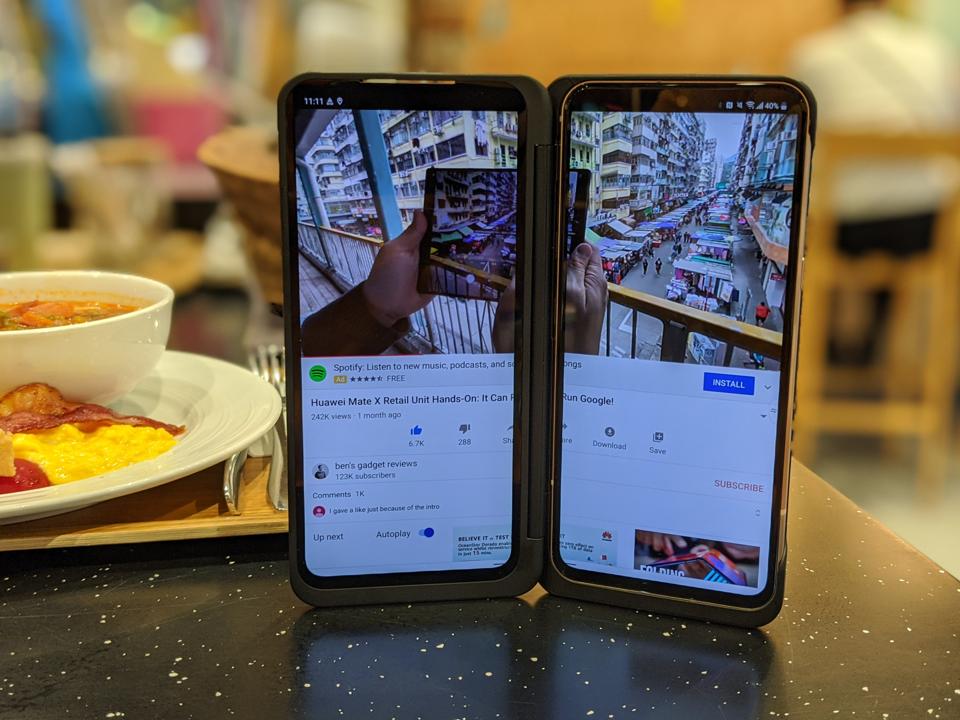 YouTube videos playing across both screens. Note the giant bezel between the video. 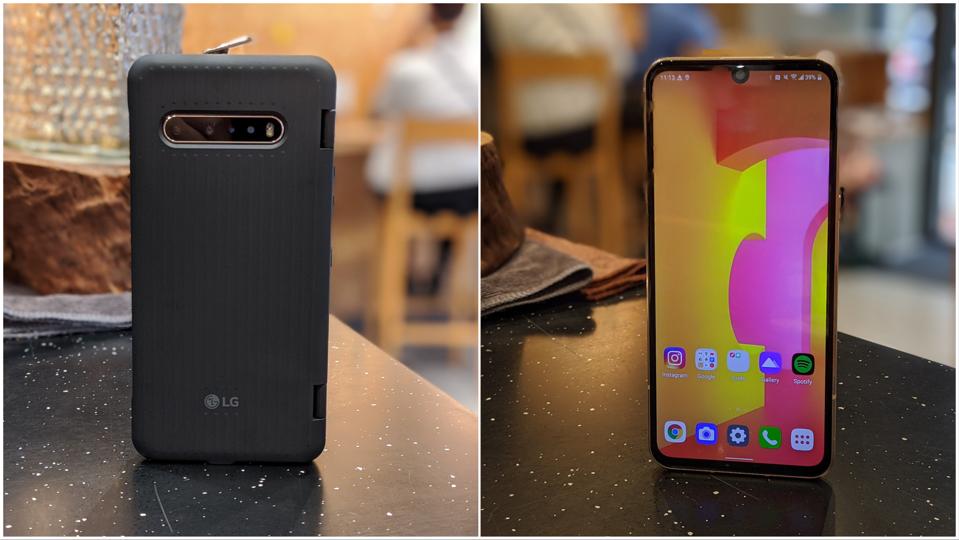 The LG V60 Dual Screen case (left) and the phone by itself.

Everything else about the case remains just about unchanged from last generation’s. The V60 still plugs into it via USB-C; there’s still a small black-and-white screen on the outside cover that shows time and notifications; and the hinge still allows the phone to be propped up at multiple angles.

I covered the Dual Screen accessory in-depth last year, so for those interested in learning more may want to read that article.

The V60 sports a main triple-camera system, headlined by a 64-megapixel camera that shoots pixel-binned 16-megapixel shots, along with a 13-megapixel ultrawide-angle camera (which is a trend LG started, by the way), and a TOF depth sensor. Around the front is a 10-megapixel selfie camera.

These cameras are great during the day, capturing images with punchy colors and sharp details, but they’re not going to challenge what the best-of-the-best camera phones right now at night, or in zoom shots (there is no telephoto lens on LG’s phone). 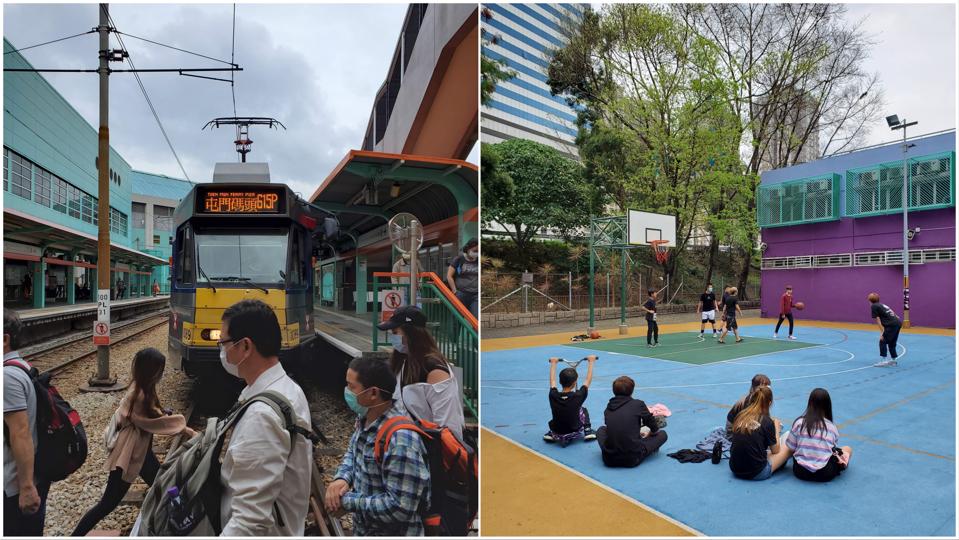 Photos captured by the LG V60.

Like the S20 phones, the LG V60 can record 8K video, and the built-in mics capture really good audio quality.

The V60, with the Dual Screen accessory, is packaged together in most markets. In the U.S., one can pick up the whole set for around $800.

This makes the V60 several hundred dollars cheaper than any of the S20 phones. Those who are into the most cutting-edge tech will still want the S20 Ultra, or foldables like the Galaxy Fold and Huawei Mate XS, but the V60 Dual Screen is the more affordable and practical solution for those uncomfortable with Samsung’s and Huawei’s asking prices.