Breaking
Channel Your Impact With a Self-Directed IRA
How To Reach Your Customers This Holiday Season
10 Key Steps That Will Help You Make...
TikTok Will Limit And Label Videos Prematurely Claiming...
How A British Graphic Novel Publisher Is Leading...
Dow Plunges 600 Points On Third Day Of...
According To A New Study, Patients Are Texting,...
How To Keep Your Digital Media Assets Secure
Be Better At Building Your Team
Saying No In Order To Grow
Sherwin-Williams Stock Is Unlikely To Sustain Its Current...
How Successful Entrepreneurs Use The Law Of Attraction
Elon Musk’s Economics 101 Course For Japan
Raoul Pal: Gold Investors “Will Flip To BTC”...
Dating Site Takes On Social Media Dangers Of...
Trump Campaign Website Hacked In Cryptocurrency Scam
Home Business Lidar Pioneer Velodyne Debuts $100 Auto Safety Sensor As Self-Driving Cars’ Pace To Market Slows
Business 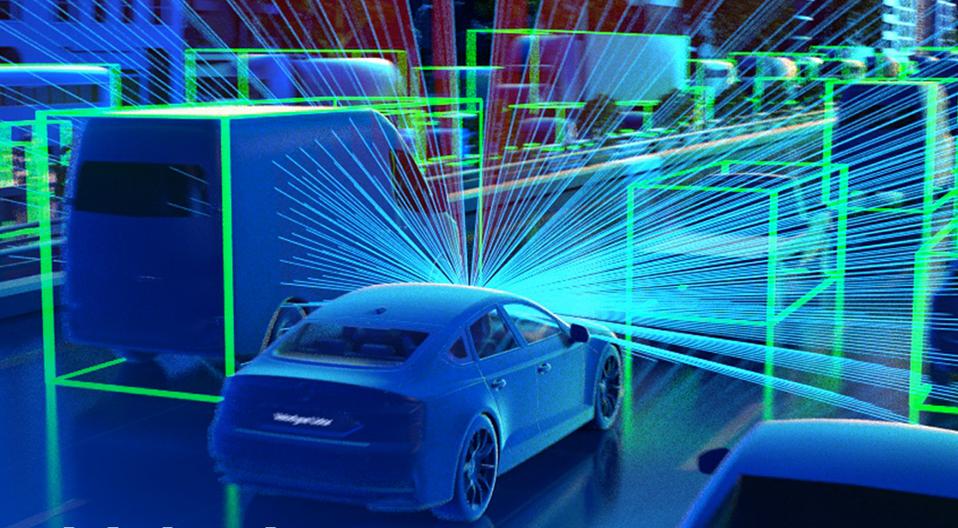 The Consumer Electronics Show has seen big announcements in self-driving car technology in recent years, but 2020’s edition of the sprawling tech extravaganza acknowledges an awareness that the timetable for widespread availability of robotaxis may be years longer than many advocates anticipated.

So Velodyne, which pioneered pricey spinning laser lidar technology in the early 2000s to help autonomous vehicles see, is rapidly expanding its portfolio of lower-cost, less elaborate sensors to boost near-term sales to automakers who can use them in Advanced Driver-Assist Systems already coming to market. It debuted a $100 solid-state laser sensor at CES today, the Velabit, that the company thinks is ideal for auto safety-oriented ADAS, as well as drones and industrial robots.

“We are coming to a conclusion that the addition of the lidar into the vehicle, maybe two Velabits, will first and foremost enhance the reliability and availability of your basic ADAS functions like automatic emergency braking and lane-keep assist,” CEO Anand Gopalan, who was promoted to that position from chief technology officer late Monday, tells Forbes. “Even systems available today, using cameras and radar, become more reliable with lidar.”

Lidar, with its ability to create 3D, 360-degree point cloud maps around a vehicle, has been a key enabling technology in the early days of the self-driving car revolution. Early Velodyne models, such as its revolving HDL-64, sold for more than $60,000, though its current Puck line of multi-laser beam sensors sell for a fraction of that price. Nevertheless, the San Jose, California-company founded by inventor Dave Hall, has never had a product as inexpensive as the Velabit. 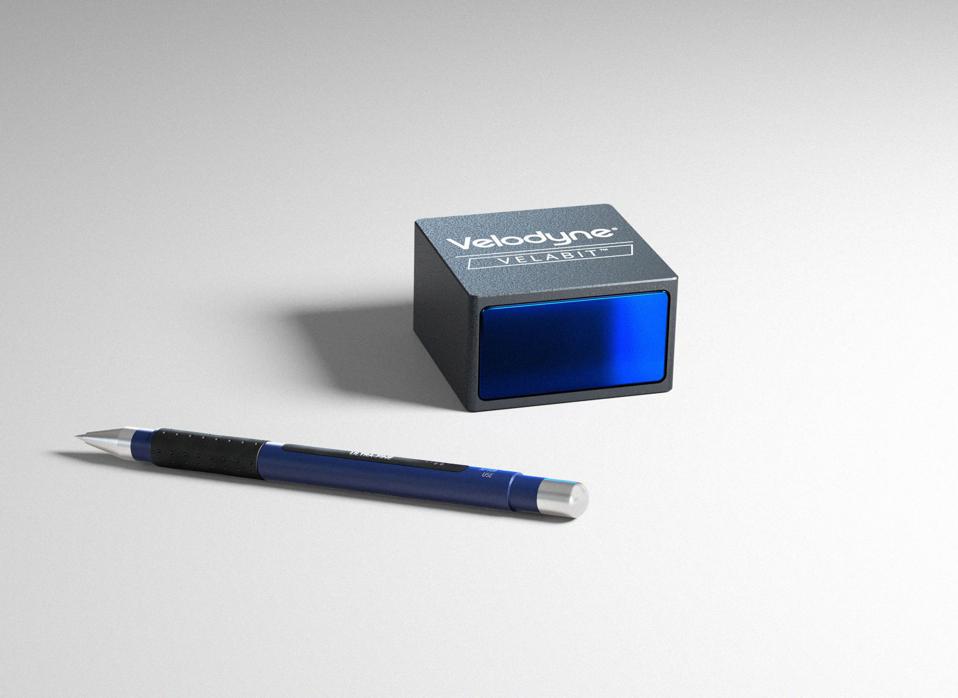 The new sensor is smaller than a deck of playing cards, allowing easy integration into a vehicle’s chassis, and can track objects up to 100 meters away. The company says it helps improve a vehicle’s perception coverage for Blind-Spot Monitoring, Cross Traffic Detection, Automatic Emergency Braking and Pedestrian and Bicyclist Safety. Initial production of starts in June, Gopalan says.

Lidar’s ability to map a vehicle’s surroundings in three dimensions and in all lighting conditions makes it an invaluable tool for self-driving vehicles, but high costs of thousands of dollars per unit has limited Velodyne’s sales over the years to autonomous test fleets. Prices are falling significantly, however, as mass production improves affordability, Gopalan says.

He is replacing Hall who founded Velodyne in the 1980s as a maker or high-end audio equipment and invented the company’s lidar technology are competing in the first DARPA Grand Challenge in 2004 that ignited the race to develop self-driving cars. Hall, Velodyne’s biggest shareholder, will stay on as chairman. News of Gopalan’s promotion came late yesterday, just ahead of the unveiling of Velabit at CES in Las Vegas.

(For more on Dave Hall and Velodyne, see How A 34-Year-Old Audio Equipment Company Is Leading The Self-Driving Car Revolution, from the Sept. 5, 2017 issue of Forbes.)

“Anand Gopalan and I have worked side-by-side on Velodyne’s technology roadmap. He is the right executive to lead Velodyne in its next growth phase,” Hall said in a statement. “As Chairman, Anand has my full support while I continue to provide vision, strategize and invent.”

Closely held Velodyne counts Ford, China’s Baidu and camera maker Nikon as investors and partners, and is also working with automotive supplier Hyundai Mobis to get its sensors into more vehicles. 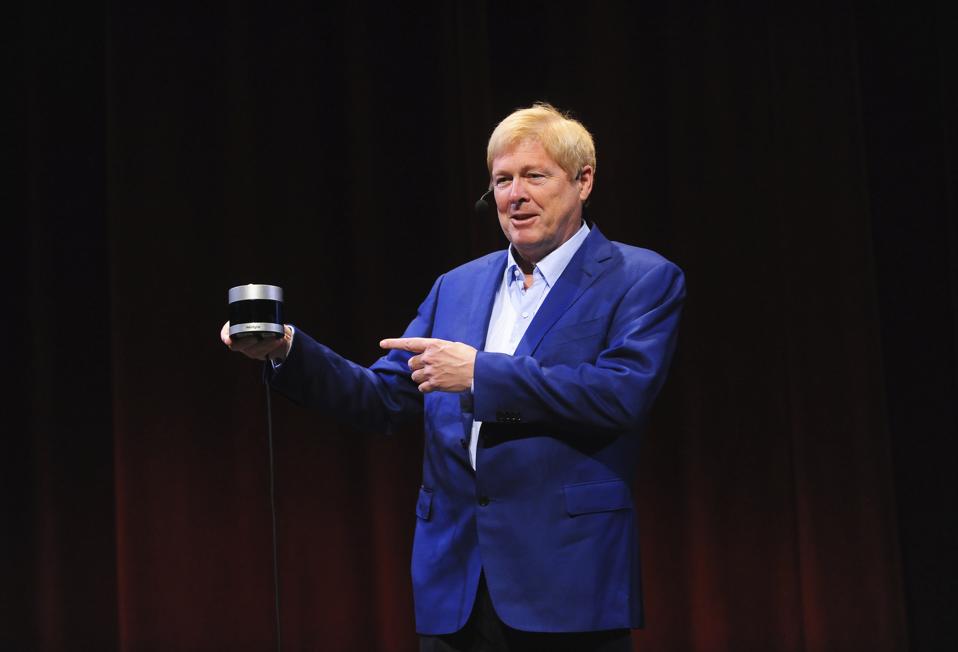 7 Laws Of Financial Gravity From Unicorn-Entrepreneurs Like Zuckerberg, Bezos, And Neumann