Breaking
OpenSooq, The Best Website to Buy Used Cars...
Hot Tips to Reduce MacBook Pro Fan Noise
How to Make the Most Out of Your...
7 Examples Of Using AI For SEO
Why you Should Always Try the Demo Slots...
How to Launch a New Restaurant Business
Start the Year Debt Free
How to clear a browser cache on a...
Which are the best software providers of slots...
How Investing Can Help You Save For Retirement
Top progressive betting strategies for slot machines
Key Software Tests to Conduct Before Product Launch
Why so many people play slots online in...
Why businesses should prioritise Cyber Security
What You And Your RTO Business Need To...
4 SEO Trends for Websites You Should Not...
Home Business Life After COVID: The Debt Tsunami That’s About To Hit The World
BusinessFinance

Life After COVID: The Debt Tsunami That’s About To Hit The World 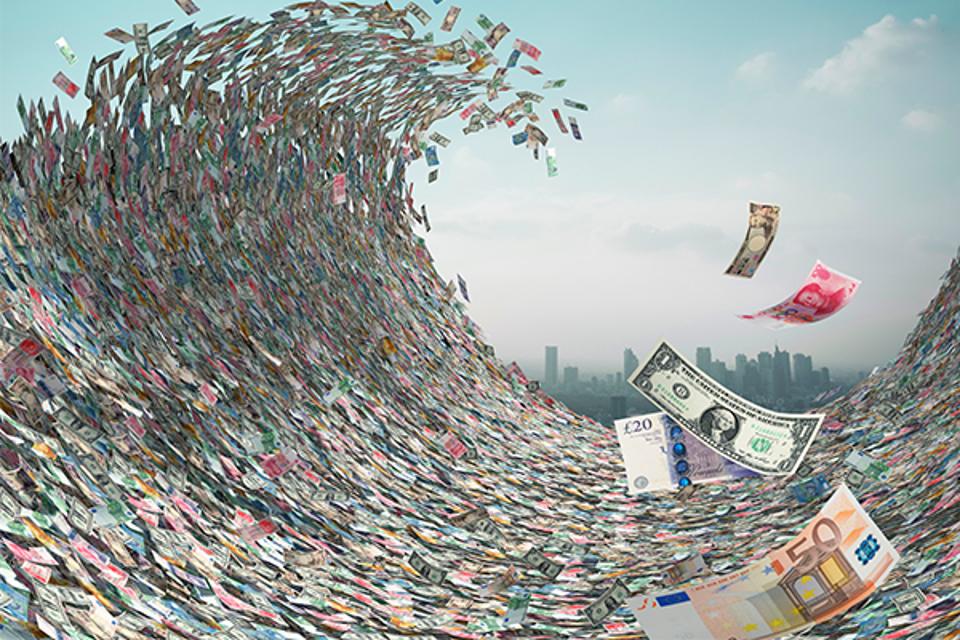 The great lockdown needed to contain the Covid-19 outbreak has been economically devastating. The longer the lockdown, the worse the damage. In response, governments have thrown fiscal caution to the wind and increased spending at unprecedented levels, either to help businesses keep workers on the payroll, as in Europe, or to directly compensate the unemployed, as in the U.S. Consequently, a public sector debt tsunami is coming. If not dealt with effectively, it could do even greater damage than Covid-19.

Making matters worse is the fact that governments in the developed world had allowed their debts to rise in the decade after the global financial crisis despite record-low interest rates. For example, government debt in the U.S. rose from 40% of GDP in 2007 to 89% in 2019, from 44% to 111% in the U.K., and from 81% to 134% in France, according to the OECD. As a result, government debts were high before Covid-19. Though estimates vary, the massive government spending since the Covid-19 outbreak will increase these debt loads even further. In the U.S., for instance, government debt as a percentage of GDP could easily surpass the previous peak of 106% recorded in 1945 at the end of Word War II.

Under such conditions, conventional policies for debt reduction are not just useless, but counterproductive. Raising taxes, whether corporate, personal or both, would exacerbate the great lockdown’s effect on corporate investment and consumer spending. Monetizing government debt through central bank purchases, on the other hand, would likely ignite new bouts of inflation, since the supply side has been impaired by the great lockdown. Should governments contemplate austerity instead, the risk is deflation of the kind demonstrated in southern Europe during the eurozone crisis.

There is, however, one way to avoid the consequences of the coming debt tsunami. This is illustrated by how the U.S. brought down its government debt from that 1945 peak. In the decades following, the U.S. government didn’t actually try to pay down its debts. Instead, it was through a combination of solid growth, moderate inflation and low interest rates that the debt to GDP ratio was steadily reduced. By the mid-1970s, government debt to GDP ratio had dropped to roughly 20%, a comfortable level that does no harm to the economy. For today’s highly indebted governments, this is the best option to dodge the debt tsunami.

To achieve sustained economic growth, moderate inflation and low interest rates in the wake of Covid-19, the world will need a recovery in global trade and investment. Boosting global trade would raise demand while stimulating new investment in the global economy. In other words, restarting and turbocharging globalization is the best way forward, not only for highly indebted developed economies, but also emerging markets. Doing so, however, will require reversing the deglobalization underway prior to Covid-19. We will need effective global leadership promoting enlightened self-interest. Either we reenergize globalization or risk being swept away by the coming debt tsunami.

Yuwa Hedrick-Wong is Chief Economics Commentator for Forbes Asia. He is also a visiting scholar at the Lee Kuan Yew School of Public Policy, National University of Singapore. Having worked as an economist across the Asia-Pacific, Europe, Middle East and Africa in the past 25 years, he regularly writes columns about the global economy for Forbes Asia. Views expressed are his own. He can be reached at: yuwa@forbesasia.com.