Home Business Like Last Season, Rockets Hope To Round Into Form After Break
Business 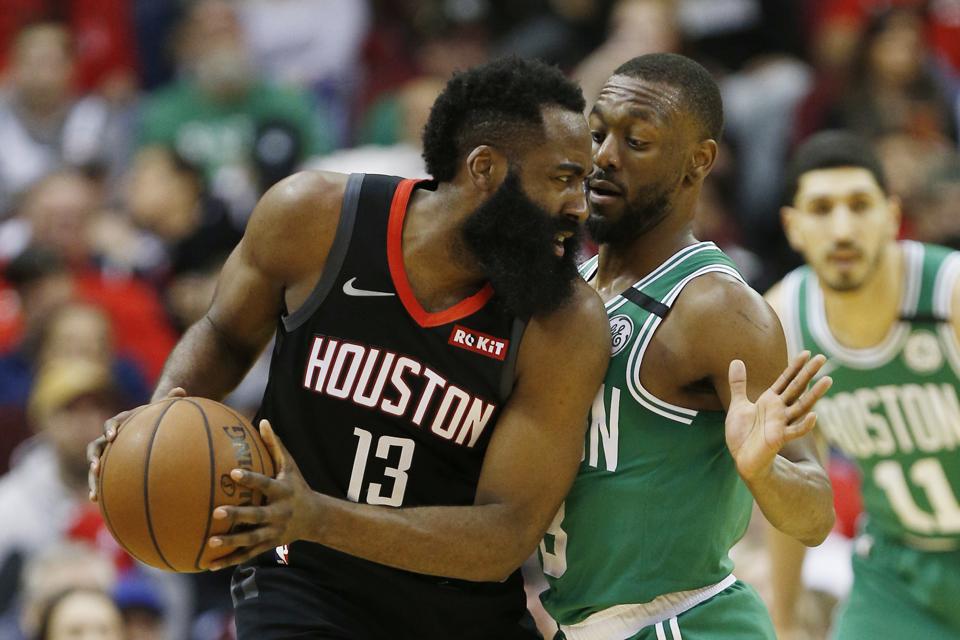 HOUSTON, TEXAS – FEBRUARY 11: James Harden #13 of the Houston Rockets is guarded by Kemba Walker #8 … [+] of the Boston Celtics at Toyota Center on February 11, 2020 in Houston, Texas. NOTE TO USER: User expressly acknowledges and agrees that, by downloading and/or using this photograph, user is consenting to the terms and conditions of the Getty Images License Agreement. (Photo by Bob Levey/Getty Images)

Last season, after a disappointing start, the Houston Rockets took off and rounded into form following the All-Star break. In 25 games, the Rockets were second in offensive rating, second in defensive rating, and first in net rating. Such production came in spite of the fact that they were 28th overall in rebounding, 25th in offensive rebounding percentage, and 26th in defensive rebounding percentage.

As of today, after 54 games, the Rockets are fourth in offensive rating, 15th in defensive rating, and ninth in net rating. They are 22nd in overall rebounding, 17th in offensive rebounding, and 22nd in defensive rebounding. Of course, such data primarily reflects the team’s style of play and rotation prior to the ideological shift which occurred before and was punctuated at the trade deadline.

The 2018-2019 Rockets faltered out of the gates after a series of personnel moves in the summer designed to slash costs, and some injuries to key pieces. They bounced back after James Harden put them on his shoulders, and after important additions such as Austin Rivers, Kenneth Faried, and Danuel House Jr. became integrated into the rotation.

This season, Houston has gone all in on Mike D’Antoni’s vision with the trade of center Clint Capela for forward Robert Covington, signaling a full-time commitment to small lineups. With their new lineup, the team hopes to have a similar resurgence to last season post All-Star Break.

Management is banking on Russell Westbrook’s rise and improved spacing to vault Houston to the top of the league in offensive efficiency, and for improved perimeter defense to overcome the lack of size in helping the Rockets crack the top ten in defense. Last year’s blueprint is evidence it can be done: Houston was atrocious on the boards but second in defense.

At the time of writing, the Rockets are fifth in the Western Conference at 34-20, having gone 6-4 in their last ten games. They are just three games back in the loss column of the second seeded Denver Nuggets.

With 28 games remaining, the Rockets have just two sets of back to backs remaining. On March 7 and March 8, they’ll face the Charlotte Hornets and Orlando Magic; and on April 12 and April 13, they’ll face the San Antonio Spurs and Phoenix Suns. With Westbrook having sat out one game of every back to back this season, the Rockets will need to make the decision whether to play him both nights against the Spurs and Suns, particularly if they’re in a dogfight for seeding heading into the postseason.

The undersized Rockets will lean on the anchors in their lineup, Covington and P.J Tucker, as they battle to overcome the team’s size deficiency. Per cleaningtheglass, in 205 possessions played together thus far, that duo has a +19.0 net rating. They are scoring 120.5 points per 100 possessions, but giving up only 101.5 points per 100 possessions, good for the 97th percentile. (This includes the Rockets’ blowout loss at Phoenix.) What might come as surprising though is that opponents have an offensive rebounding percentage of just 21.2% against units featuring this duo, which is good for the 93rd percentile. This means that the Rockets aren’t getting killed on the boards without a center the way pundits expected. For comparison, the San Antonio Spurs have the lowest offensive rebounding percentage in the league at 23.5%.

The team has now played 120 possessions with the quartet of Westbrook/Harden/Tucker/Covington. Together, those four have a whopping net rating of +29.2. During those possessions, the Rockets are scoring 126.7 points per 100 possessions and giving up just 97.5 points per 100 possessions. As Westbrook sat out the February 7 loss against the Phoenix Suns, this production all came against the Los Angeles Lakers, Utah Jazz, and Boston Celtics, three of the league’s best teams. Were it not for a desperation heave at the buzzer in the Jazz game, Houston would have been 3-0 against these contenders.

The early returns bode well for the Rockets and are encouraging for their title odds. The question is whether they can keep it up. They are playing at the second fastest pace in the league and the small lineup requires an immense amount of effort. They are trapping and switching all over the court and needing to box out larger players so that teammates can get the rebound. The new style leaves the Rockets prone to letdowns against young, athletic teams like the Suns. Fortunately, most of the league’s contenders don’t share such characteristics.

This week was about resting up and enjoying the midseason festivities. Thursday, the Rockets embark on the second half of their season and the true start of their new season.

Arizona’s Josh Green Could Be A Two-Way Menace...