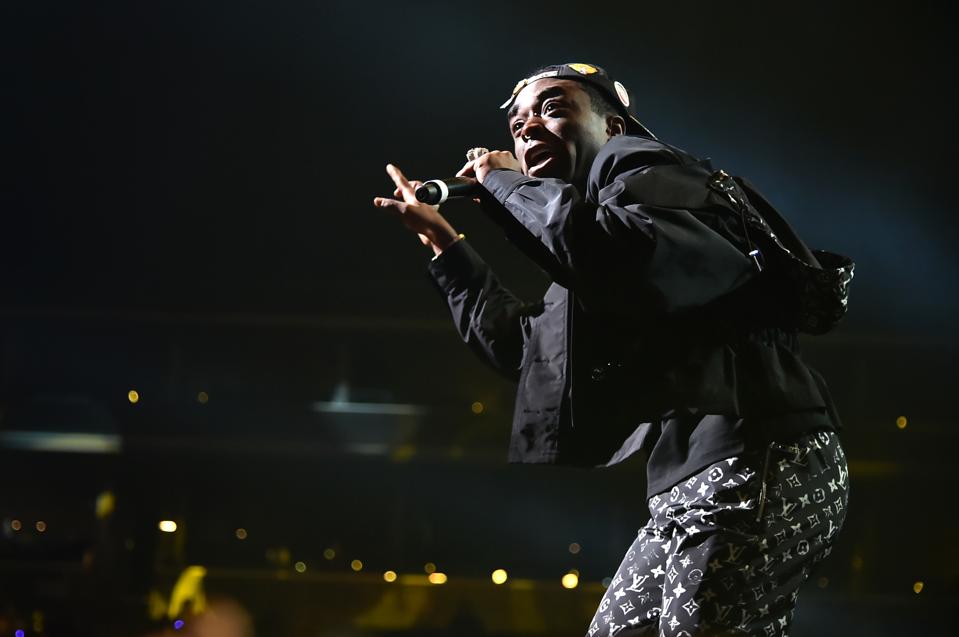 It’s been a long, complicated road to Lil Uzi Vert’s Eternal Atake, which he released without notice on Friday. Evidently, the public drama only stoked listeners’ excitement, as the new album is on track for an easy No. 1 debut on the Billboard 200 and the highest first-week sales of Uzi’s career.

The two and a half years between Luv Is Rage 2 and Eternal Atake have been riddled with false starts and public feuds between Uzi and his former label, the Atlantic Records imprint Generation Now. Murmurs of a new album began in May 2018, when Generation Now cofounder Don Cannon hinted that Uzi would drop a new album by the end of the year. In July 2018, the rapper shared what appeared to be album artwork on Instagram, and in September, he dropped the promotional single “New Patek,” which peaked at No. 24 on the Billboard Hot 100.

In January 2019, however, Uzi abruptly announced that he was retiring from music. The rapper continued to blame Generation Now for the hold-up, while the imprint insinuated he was solely responsible for the album’s delay. More public scuffles, one-off singles and missed release dates followed throughout 2019, as the likelihood of a proper release for Eternal Atake dwindled.

Things finally seemed to take a turn for the better in December, when Uzi released Eternal Atake’s lead single “Futsal Shuffle 2020.” The track reached No. 5 on the Hot 100, making it Uzi’s highest-charting hit to date, surpassing the omnipresent “XO Tour Llif3,” which peaked at No. 7 and was certified 7x platinum. Uzi continued to hype the new album and, at the end of February, promised a new release date for mid-March.

Once again, the rapper failed to honor his self-appointed release date—but instead of missing the deadline, he surprise-released Eternal Atake late yesterday morning, ahead of schedule. Even with a truncated first day, Eternal Atake earned 47.7 million Spotify streams, the third-biggest debut of 2020, according to Chart Data. Every song on the album besides “Futsal Shuffle 2020” (which appears as a bonus track) debuted in the Top 20 on U.S. Spotify, while “Baby Pluto” topped the stateside streaming chart with 3.364 million plays. The song also debuted at No. 6 on the global Spotify chart with 4.691 million streams.

The bulk of Eternal Atake’s first-week sales will likely come from robust streams, which could produce more Top 10 singles on the Hot 100—and perhaps even earn Uzi his first No. 1 hit. Even if that doesn’t happen, Eternal Atake has already cemented Lil Uzi Vert’s enduring status one of the biggest names in contemporary hip-hop, and fans are delighted that the wait for a new album is over.

Maurizio Sarri: ‘Juventus Against Inter Milan Is Most Prestigious In Serie A’

Microsoft Confirms ‘Really, Really High’ Hacking Risk For Millions Of Users: Here’s What You Do Now

How Women Can Create Their Own Value

Five Ways To Build Your Innovation Muscles In...

To Build A Great Company, You Need Trust....

Winter Productivity May Be One Of The Best...

The Luxury Of Humanity

Confidence Without Arrogance: Why You Should Stop Trying...

Your Electric Car May or May Not Save...