Breaking
Can Money Protect You From Covid-19? It May...
The Most Important Voice In Artificial Intelligence: Frontline...
Amazon’s Small Business Empowerment Team Is Helping Entrepreneurs...
10 Ways For Entrepreneurs To Power Through Tough...
Will The Cloud Take Down The Mainframe?
How Itamar Medical Stock Could Triple
How To Cash In On Biden’s Stimulus With...
The Refactoring X-Factor Behind Software Modernization
3 Habits Of Millionaires
Will The Stock Market Sell Off As Biden...
Microsoft Reverses Xbox Live Gold Price Increase Following...
Weekend Favs January 23
FDA Approves First Monthly Injections To Treat HIV
Low Volatility Investing Works In China Too
How 2020 Introduced Big Technology Startup Opportunities
Apple Loop: Stunning iPhone 13 Decision, Shock New...
Home Entrepreneurship Lincoln’s Leadership, Courage, And Perseverance Continues To Inspire
Entrepreneurship 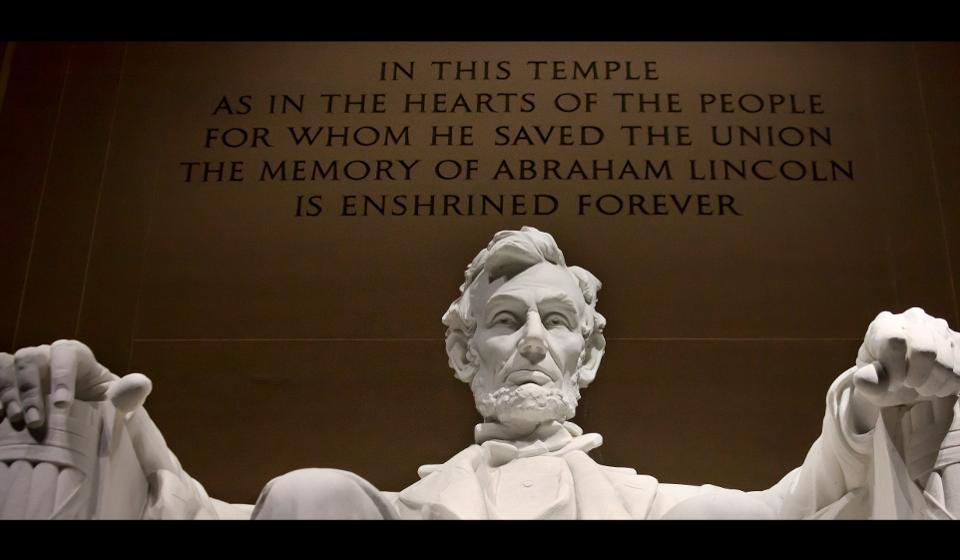 Lincoln’s leadership during one of the greatest conflicts in human history was a profile in … [+] courageous genius.

It’s that time of year when we’re reminded of the life of one of the most famous people in the history of modern civilization. What follows is a little history and a lot of inspiration.

Earthlings in every country on the planet have heard of the American who was born dirt-poor in a log cabin on the frontier, 2011 years ago this week. Even if they don’t know why, people know the name Abraham Lincoln. And for good reason. Besides almost three dozen Lincoln monuments (including internationally), there are over 600 schools, dozens of cities and counties, and no less than a gazillion streets, parks, buildings, and sculptures celebrating this great man’s iconic name and countenance.

As the 16th president of the United States of America, it’s generally accepted that Lincoln’s leadership during one of the greatest conflicts in human history was a profile in courageous genius. Even though the American Civil War was horrendous and the post-war era harsh, prolonged and contentious, both resulted in the successful reassembly of the United States – sans slavery. When you consider the blessing that the re-United States became to the world for the past century and a half, it’s no leap of logic that Lincoln is recognized as one of the most important individuals in the history of Western Civilization.

As an unlikely leader, Lincoln was a risk-taker, which makes his story especially poignant for a special group of contemporary risk-takers – small business owners. At every waypoint along the ownership continuum, from startup to locking up for the last time, Main Street business owners can draw strength and inspiration from the uncomplicated witness of Lincoln’s scrupulous character and fierce leadership.

But ironically, as much as Lincoln’s accomplishments have set him on a lofty pedestal, it’s his hard times that have most inspired generations of both leaders and followers. Indeed, nothing less than respect and admiration manifests when one considers the long list of painful personal tragedies and humiliating professional setbacks and failures through which Lincoln persevered on the way to achieving greatness. For example:

Reading this list, one is overwhelmed in at least two ways: sadness that any one person would experience so much misfortune, and admiration that in the face of such adversity, anyone could recover to accomplish so much on the way to greatness.

As 2020 unfolds, if you’re ever tempted to whine because the world licked the red off your candy, reread the list of Lincoln’s setbacks. After that, you’re likely to feel two other emotions: shame that you allowed yourself to lapse into a self-involved pity party, and renewed perseverance, now realizing that, like Lincoln, every new day you get to work on your business and life could be the day you turn the corner and win the war.

Lincoln taught us that the difference between bold accomplishment and painful setback is often summoning the courage, character, and diligence to persevere. Let his life – the good and the unfortunate – inspire yours. Who knows? It might lead you to inspire others on the way to achieving greatness.

Write this on a rock … And remember, Lincoln’s humor – even during his most trying times – is also legendary.