Lions Making Progress In Free Agency, But Rest Of NFC North Is Struggling 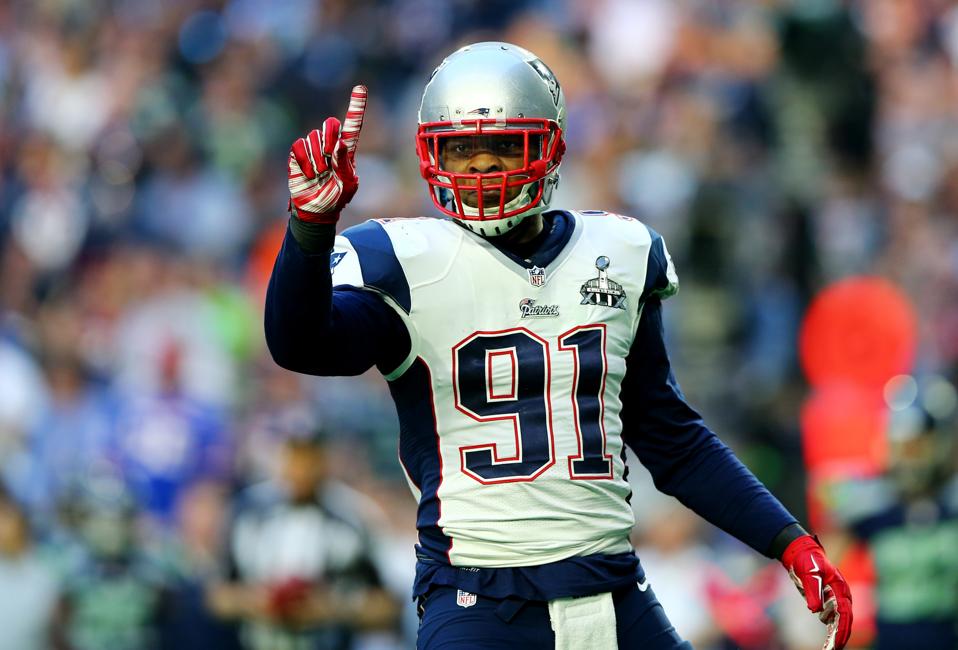 Jamie Collins should be an excellent free-agent addition to the Detroit Lions. (Photo by Elsa/Getty … [+] Images)

The Minnesota Vikings appear to have lost ground in the offseason, as they have traded away star wide receiver Stefon Diggs, and lost several free agents including Linval Joseph, Mackensie Alexander, and Trae Waynes. That doesn’t include pass rusher Everson Griffen, who has already penned his goodbye to the franchise after the Vikings cut him loose.

Those losses are partially offset by the signings of run-stuffing defensive tackle Michael Pierce from the Baltimore Ravens and wide receiver Tajae Sharpe from the Tennessee Titans. Both Pierce and Sharpe have enough skill to help the Vikings, but the returns to this point have been a net loss. If the Vikings were given a grade for their offseason work to this point, it would be in the C-minus or D-plus range.

The Vikings are not operating in a vacuum. When and if the 2020 season gets underway in September – the start of the season could be in doubt because of the COVID-19 pandemic – they have to know where they stand compared to their NFC North rivals.

Minnesota’s top concern is once again the Green Bay Packers, the division’s defending champions and a team that beat the Vikings twice last season.

Green Bay has suffered some notable losses to this point, with star linebacker Blake Martinez agreeing to a deal with the New York Giants and dependable right tackle Bryan Bulaga going to the Los Angeles Rams.

Other losses include tight end Jimmy Graham moving onto the Chicago Bears, inside linebacker B.J. Goodson agreeing to a deal with the Cleveland Browns and wideout Geronimo Allison taking his talents to Detroit with the Lions.

On the positive side, the Packers have agreed to a deal with athletic linebacker Christian Kirksey from the Browns and offensive tackle Ricky Wagner comes to Cheeseland from Detroit.

Like the Vikings, this represents a loss to this point in the offseason. Martinez can be a game-changing player while Bulaga is a veteran who has seen every alignment opposing defenses are going to show. Allison is an underrated wideout who can make big plays. If he adds consistency to repertoire, he could become a star.

Losing Graham is not a problem. While he was a gamechanger early in his career with the New Orleans Saints, he has been ordinary in stints at Seattle and Green Bay.

Give the Packers a straight C to this point.

The Bears were the favorites to win the division last year, but they fell badly and were never in playoff contention and concluded the season with an 8-8 record.

Quarterback Mitchell Trubisky was ridiculed throughout the year by a slew of critics, and the Bears have brought in former Super Bowl hero Nick Foles to push the incumbent quarterback if not take the job.

That is clearly a good move, because if Trubisky doesn’t show any improvement, Foles is capable of doing a competent job. In other moves, the Bears have also brought in defensive end Robert Quinn from the Cowboys as well as Graham.

Quinn and Graham have both seen better days and are unlikely to provide consistent performances over the course of a full season, and if Bears general manager Ryan Pace thinks otherwise, he is fooling himself.

Chicago has lost linebacker Nick Kwiatkowski to the Las Vegas Raiders, pass rusher Leonard Floyd to the Rams and safety HaHa Clinton-Dix to the Dallas Cowboys.

Mediocre additions and key losses have left the Bears with a grade of C-minus.

The Lions were cellar dwellers in the division and have not responded to the coaching of Matt Patricia in his first two years with the team.

However, the Lions appear to be the one team in the division that has made significant personnel improvements. The biggest signing is the addition of guard Halapoulivaati Vaitai from the Eagles after he agreed to a five-year, $45 million deal.

The Lions have added a pair of ex-New England Patriots in linebacker Jamie Collins and defensive tackle Danny Shelton. They will also bring in cornerback Desmond Trufant from the Atlanta Falcons, along with backup quarterback Chase Daniel and DT Nick Williams from the Bears.

The Lions deserve a strong B-plus for what they have accomplished to this point, and they could climb in the division as a result.

I’ve Been Savoring ‘Doom Eternal,’ And I Can’t Recommend It Enough

The Three Things That Really Matter at Work

Adam Silver Optimistic But The NBA Still Has...