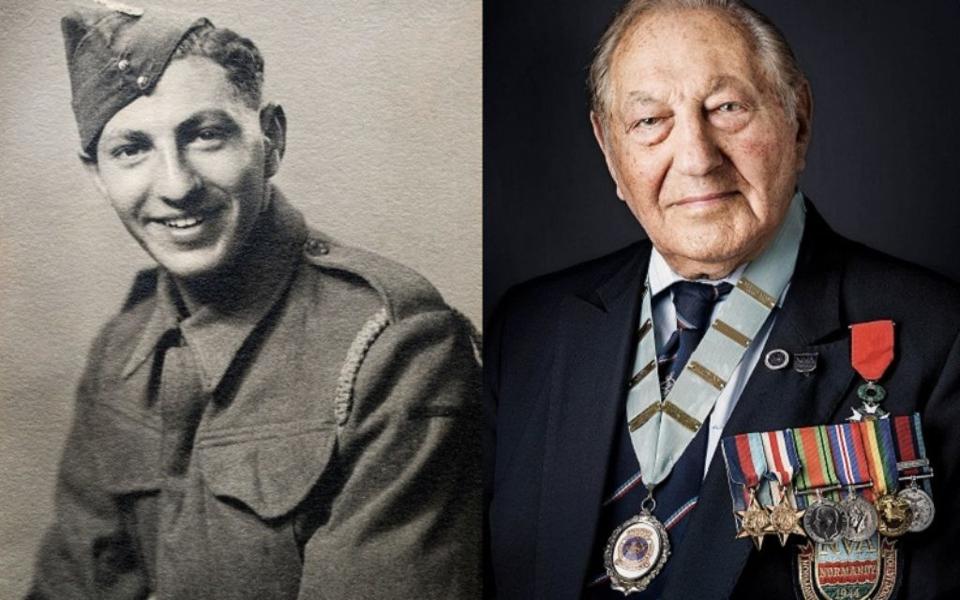 At just 19, U.K. infantry veteran Mervyn Kersch was among the first officers to land on Gold Beach … [+] on the Normandy coast on D-Day and remembers being welcomed with wine, flowers and kisses by the French public.

Dozens and dozens of memorials, commemorations and other events scheduled throughout Europe to mark the 75th anniversary of the end of the Second World War, which occurred this week in 1945, have been cancelled due to the Covid-19 pandemic.

A new initiative, however, offers the public an opportunity to “connect, reflect and remember” a little differently.

Anyone with an internet connection can sign up and participate in a living history campaign from May 4 -8. Live video conversations will take place with a diverse group of veterans and eyewitnesses who will share their experiences and stories, and answer questions.  May 5 to 8 will highlight calls with U.S. vets and witnesses.

“Many people don’t know, or have never had the chance to speak with someone who can share first-hand accounts of life during WWII,” Rémi Praud, managing director of Liberation Route Europe, said in a statement. “This is especially true for younger generations, so we’ve organised a series of video calls with people who can describe what living through the war was like for them.”

The WWII witnesses include ex-service people and civilians from the United States, the United Kingdom, the Netherlands, Germany, and France, some of whom lived through the war as children. Conversations will be held in various languages, including English, Dutch, French, and German. 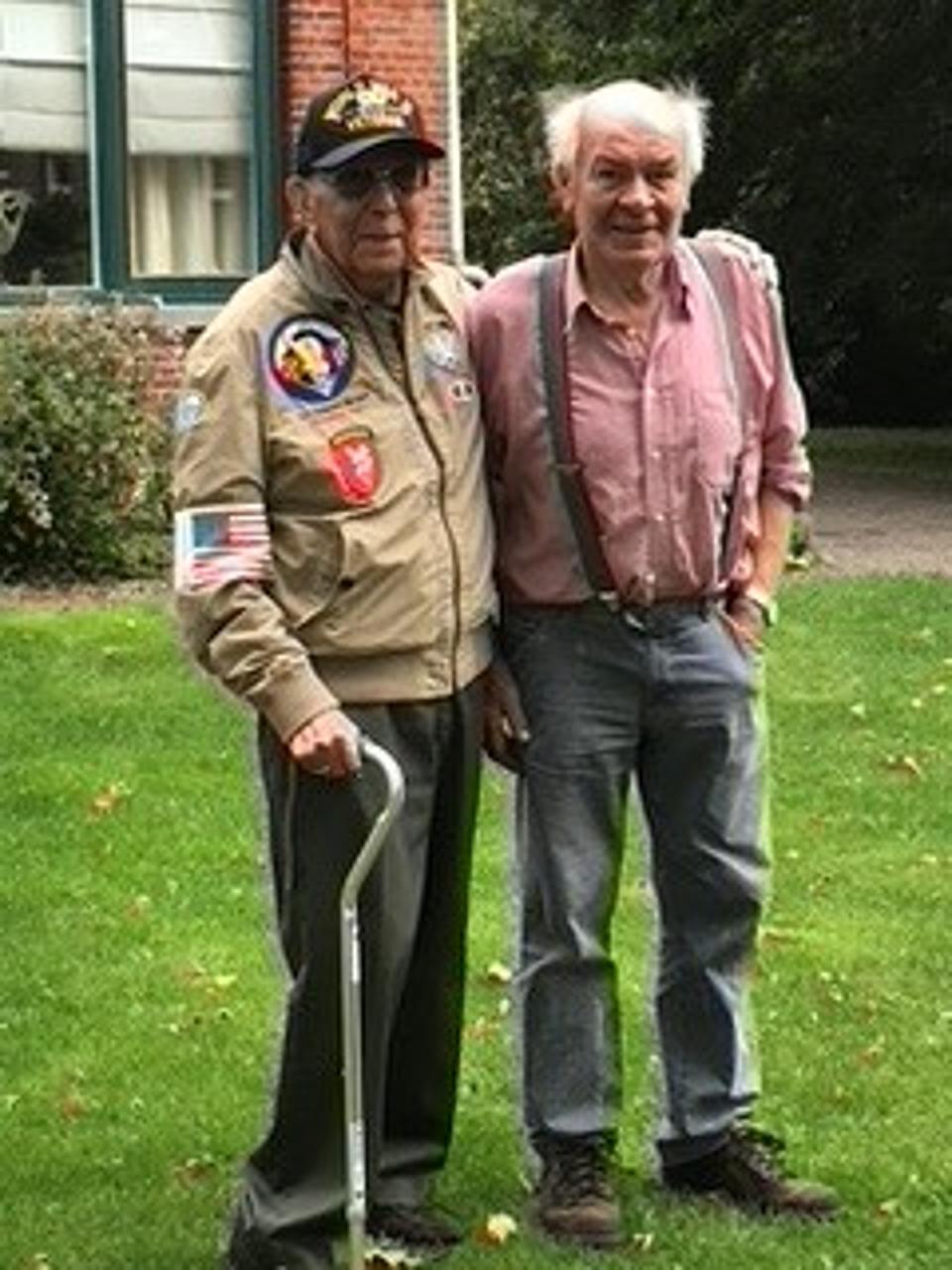 Eyewitness Wan van Overveld (on the right) was five years old in September 1944 when American … [+] veteran Armando Marquez landed (on the left) in the fields near ‘De Paulushoef’ farm, the Dutchman’s home in the south of the Netherlands. The two met each other last year for the first time after the landing 75 years ago during Operation Market Garden.

Liberation Route Europe, which follows the path of Allied forces as they liberated Europe from German occupation in the final stages of World War II  in 1944 and 1945, is a network  that connects important places in nine countries (Britain, France, Belgium, Luxembourg, the Netherlands, Germany, Poland, the Czech Republic and Italy) to make finding information about the time period and planning visits easier. Both Liberation Route Europe and its online portal Europe Remembers were created by the Liberation Route Europe Foundation, a nonprofit, to commemorate the 75th anniversary of the end of the war.

The goal of the Europe Remembers campaign is to engage with people who were actually there about their personal experiences from WW2, Jurriaan de Mol, founder and deputy director of Liberation Route Europe, told Forbes, and to encourage and stimulate people, especially younger ones, “to ask the questions they always wanted to ask.”

Video chat participants include eyewitness Wan van Overveld and American veteran Armando Marquez, who landed in the fields near ‘De Paulushoef’ farm, the Dutchman’s home in the south of the Netherlands during Operation Market Garden. In September 1944, van Overveld was was five years old. The two met each other last year for the first time after the landing 75 years ago.

James “Pee Wee” Martin, a U.S. paratrooper of the 101st Airborne Division, so nicknamed because he was the lightest man in the regiment, is also a participant. Martin parachuted into Normandy on D-Day just behind Utah Beach, endured harsh weather conditions during the Battle of the Bulge in the Ardennes, and in 1945 took part in various operations in Germany, including the occupation of Hitler’s mountain house in Bavaria. 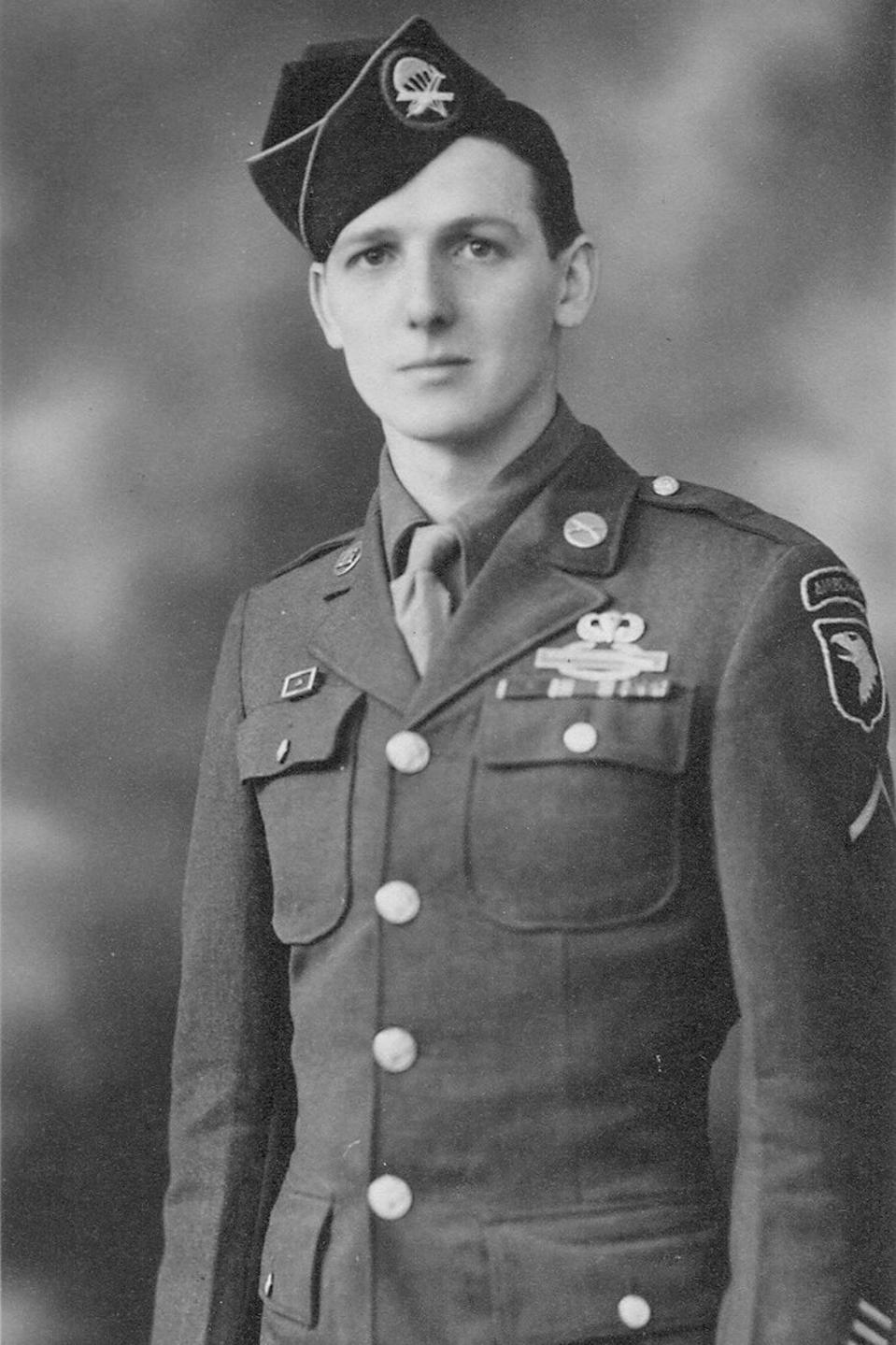 James “Pee Wee” Martin, a U.S. paratrooper of the 101st Airborne Division, so nicknamed because he … [+] was the lightest man in the regiment, parachuted into Normandy on D-Day just behind Utah Beach.

In addition to calls, people can create a customized logo to share on social media “as a visible symbol of remembrance and respect” alongside their own WWII stories and photos. (The hashtags #IRemember #EuropeRemembers are encouraged.) 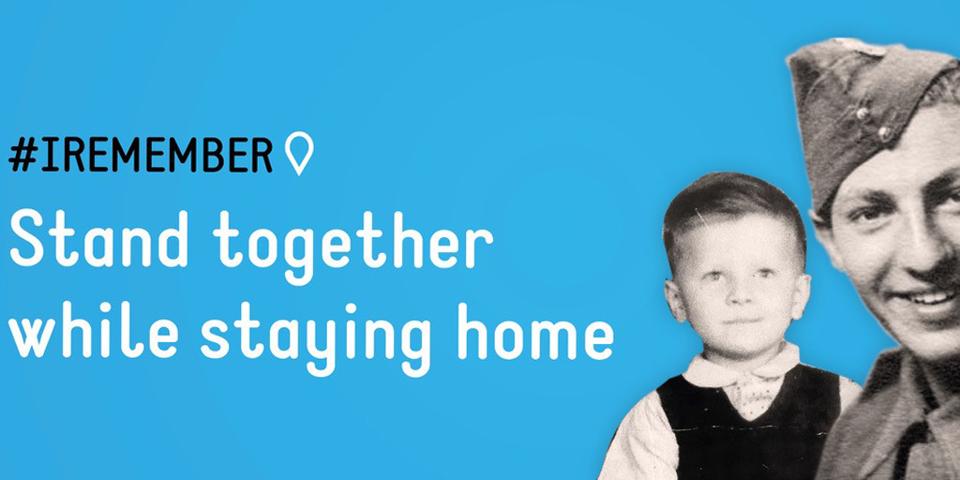 People can create a customized logo to share on social media alongside their own WWII stories and … [+] photos.

Registration for video calls is open to all, but if requests exceed availability, priority will be given to people under 25 who may be talking to a WWII witness for the first time. Hosts from Liberation Route Europe will make the introductions. The platform will be secure and the conversations, which will last about 30 minutes, will be moderated. Calls will also be streamed live on Facebook and YouTube.

While visiting the hundreds of significant villages and towns, museums, war cemeteries, landing beaches, and other sites is currently not possible “commemorating is very important,” de Mol said. “Freedom should never be taken for granted.” Protecting rights like freedom of speech, religion, sexual preference and others is essential, he said, and the current campaign is important because they not only honor veterans, they help all of us  “try to learn from the past.”

To learn more about how to participate, click here.

Ferrari Profit Acceleration Eases A Bit, As Mainstream Autos Skid Off The Track

Can ‘Tenet,’ ‘Mulan’ And ‘Wonder Woman 1984’ Count On Longer Legs To Make Up For Smaller Openings?

A Stalled Storm Will Drench The Carolinas This...