Breaking
Renewables And Energy Storage Are Surging In Red...
Bitcoin’s Richest Are Selling, So Why Is The...
Apple’s iPhone 12 Will Cause Serious Problems For...
Rock Royalties – How A European Startup Is...
4 Differences Between Creative and Marketing Agencies
A Meeting Is A Gathering: The Most Common...
IRS Tax Extension To Jan. 15 For California...
Senate GOP Pushes Through Democratic Filibuster To Advance...
How These Successful Entrepreneurs Learned To Adapt And...
Six Ways Tax Rates Go Up For Retirees
How ‘Mario Kart Live: Home Circuit’ Straddles The...
6 Tools To Bring Your Virtual Conferences To...
COVID-19 And The Future Of Aging: Prospects For...
Harman’s New Citation MutiBeam 700 Is A Feature-Packed...
A Startup Raises $11 Million Using Zoom, A...
Is Your Business Stagnant? It Might Be Time...
Home Business Liverpool Crowned FIFA Club World Champions For The First Time
Business 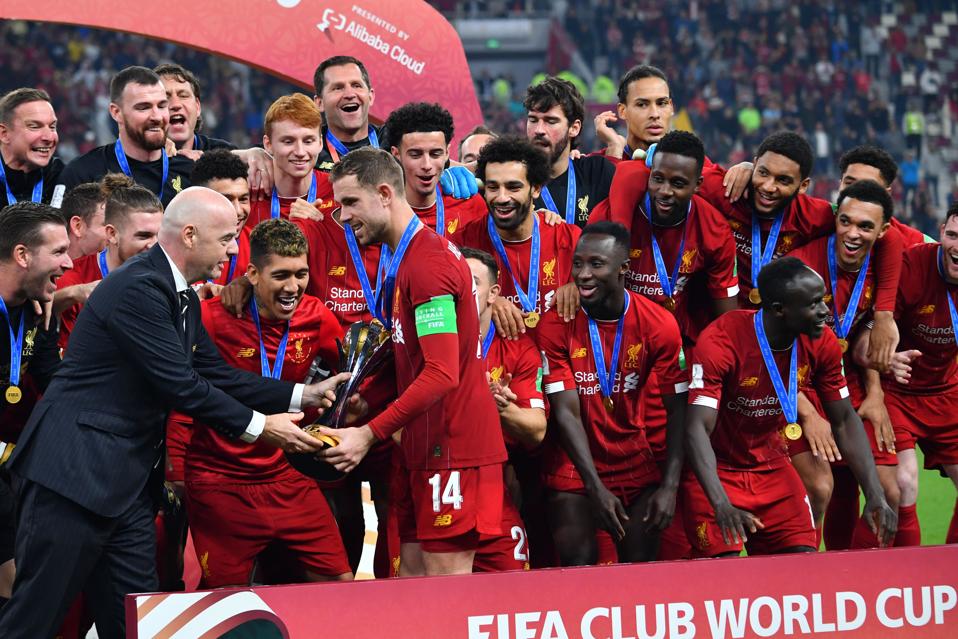 Ask any Liverpool fan to name the best team in the world and you know what the answer is going to be. Now, Liverpool and their fans have the trophy to prove it.

On Saturday, at the Khalifa International Stadium, in Doha, Qatar, Liverpool beat Flamengo of Brazil 1-0 after extra time in the FIFA Club World Cup Final. It is the first time Liverpool has won the trophy.

In 2005, Liverpool lost 1-0 to Sao Paulo and twice finished as runners-up in the Intercontinental Cup, a predecessor to the Club World Cup that started in 2000.

Roberto Firmino scored the only goal of Saturday’s final in the 99th minute and it was the first goal scored in Liverpool’s 4 club world cup final appearances.

Although there was only one goal the game lacked nothing in terms of excitement and committment to say nothing of controversy.

In the first minute of injury time Sadio Mane was played through and had only the Flamengo goalkeeper to beat from 18 yards. Just as he was about to shoot when former Bayern Munich defender Rafinha stretched and appeared to clip Mane as he took his shot.

The shot went wide but the referee pointed straight to the penalty spot. The VAR suggested that the referee take a second look using the pitch-side screen. At issue seemed to be whether Rafinha’s foul was inside or outside the penalty box.

But upon review referee Abdulrahman Al Jassim decided for a third option – no foul, no card and the play restarted with a drop ball. (Not to be pedantic, but obviously being pedantic, if there no foul and the shot went wide then surely the decision should have been simply a goal kick?)

As it turned out Firmino’s goal minutes later settled things although Flamengo did have a great chance with only seconds left to take the game to a penalty kick decider. The chance dropped to Lincoln but he shot high.

Roberto Firmino, the scorer of the only goal in the final, was the rather boring and predictable winner of the Alibaba Man of the Match award according to FIFA.com. Jordan Henderson especially, or Sadio Mane, would have been more inspired choices.

Although the FIFA Club World Cup is waved off by many in the UK the reality is that being crowned world champions is something that is monetized when it comes to the likes of merchandise sales and contracts and sponsorship.

The weekend got even better for Liverpool after Saturday’s results in the Premier League. Liverpool’s weekend game against West Ham was postponed on account of the Club World Cup and it offered second place Leicester City a chance to cut Liverpool’s lead at the top of the league.

However, Manchester City beat Leicester 3-1 to move to within one point of Leicester who continue to trail Liverpool by 10 points. Liverpool travels to play Leicester on Boxing Day in the marquee game of the day.

Liverpool and Manchester City don’t play each other until April 4.

The 11 Most Asked Questions About Launching Startup App Ideas