Breaking
‘Game & Watch: The Legend Of Zelda’ Will...
How to Get Results from Broken Link Building
Florida Supreme Court Tells The American Bar Association...
How to Write Perfect Paid Social Media Marketing...
How Restaurants Can Design a More Sustainable Food...
Expenses That Small Business Owners Need to Be...
How You Can Make Saying Goodbye To The...
Biden To Meet Royal Family At Cornwall’s Eden...
It’s Going To Be Emotional — Going International...
Peer Mentoring For Students: STEM & Buds
7 PR Trends in 2021: The Story So...
Google Plans Radical New Google Pixel Smartphone Upgrade
Where Did COVID Come From?
Ride To Growth With A Business Vehicle
C3.ai’s Tom Siebel: How To Scale AI
Moz Acquired by iContact Marketing Corp
Home Business Liverpool Team News And Starting Lineup Ahead Of Premier League Trip To Norwich
Business 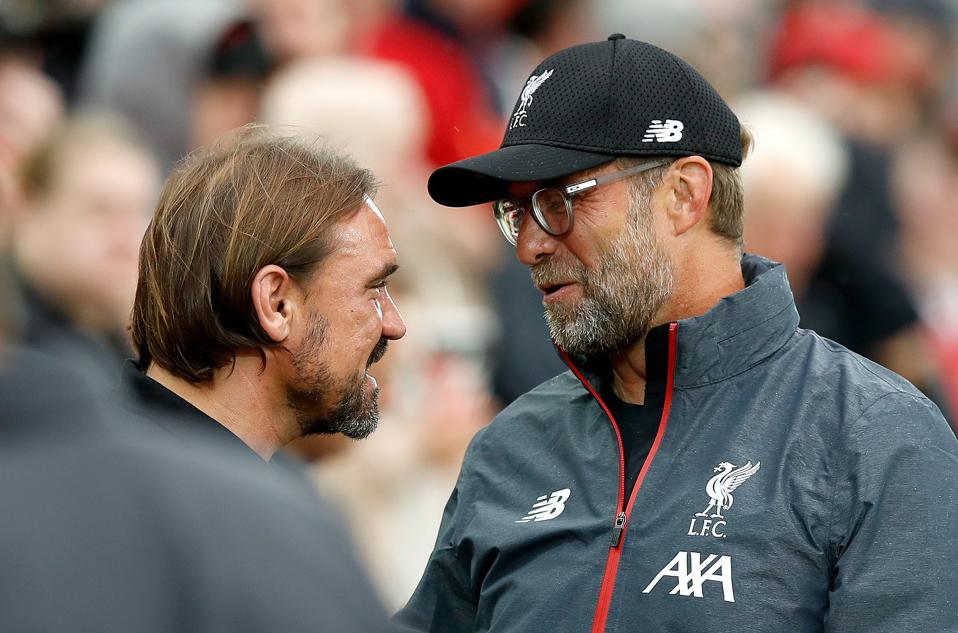 Liverpool return to Premier League action following their mid-season break with a trip to Carrow Road to face Norwich City.

The clash sees the league leaders come up against the team rooted to the bottom of the table, but Liverpool manager Jürgen Klopp is not taking anything for granted.

The German was full of praise for Norwich, who he believes are well set up for long term stability even if they are relegated this season.

“I admire that they really stick to their principles and they do what they do,” Klopp said in his pre-match press conference.

“They cause 95% of the teams they play against real problems. In the end they lost a lot of these games, that’s why they are in the situation they are, but for me it looks from outside like this club really sticks together. They really know what their position is and they know what they have to do,

“As strange as it may sound, they are in a really good situation, in a good moment at the club. Yes they want to stay in the Premier League, that’s still possible, difficult but possible.

“You can see the transfers they made in the winter, already the perspective for next season, wherever it will be, they will have a strong side again.

“No one questions Daniel Farke for super reasons because he’s doing an incredible job, so they have some consistency.” 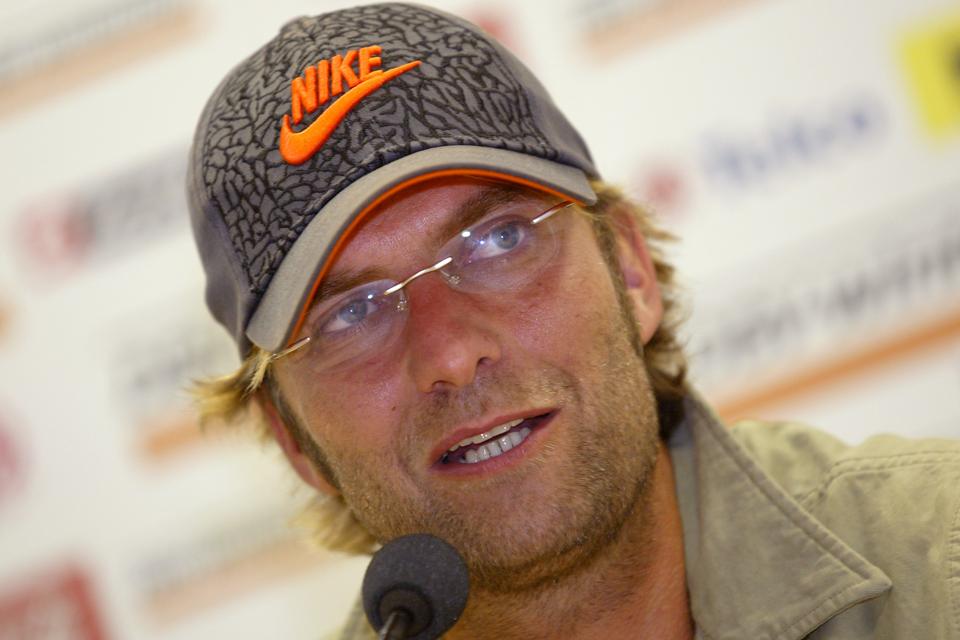 Klopp is in a fairly unique situation among the elite managers in world soccer, having begun his managerial career with Mainz in the 2. Bundesliga, the German second division, and experienced the highs of promotion and also the lows relegation.

The Liverpool boss referred to this when discussing the situation at Norwich and the long term planning required.

“I was in a similar club at Mainz,” Klopp added. “We played good football but we couldn’t stay in the league at one point and we needed to come back, but it’s possible.

“We will feel the quality of Norwich but we have to make sure they feel our quality as well.”

From Mainz, Klopp went on to manage Borussia Dortmund where he challenged for the German title, winning it for two seasons in a row in 2011, and 2012.

He was asked how a title challenge in Germany compares to the same situation in England, having fought with Manchester City at the top of the league last season, and taken a big lead at the top this time around.

In Dortmund “it was exciting, surprising, intense, and people ask silly questions you have to answer—you are not different to the Germans, I can tell you that!” He joked to the gathered reporters.

“It is clear if you want to be successful you have to be consistent, if you are consistent in a good way you have the chance to win something. That’s it, that’s what we always wanted.

“So far nothing is decided. It’s actually the nicest problem you can have in football to answer or not answer these kinds of questions. But it’s still not possible. We cannot say what you think we should say because we don’t think it, and there are a lot of games to come.

“Norwich is my first concern. We have prepared ourselves since Monday for this game, didn’t speak about anything else. We have no other chance than to make this game the most important game of our lives. Play on Saturday and try all we have to win it.” 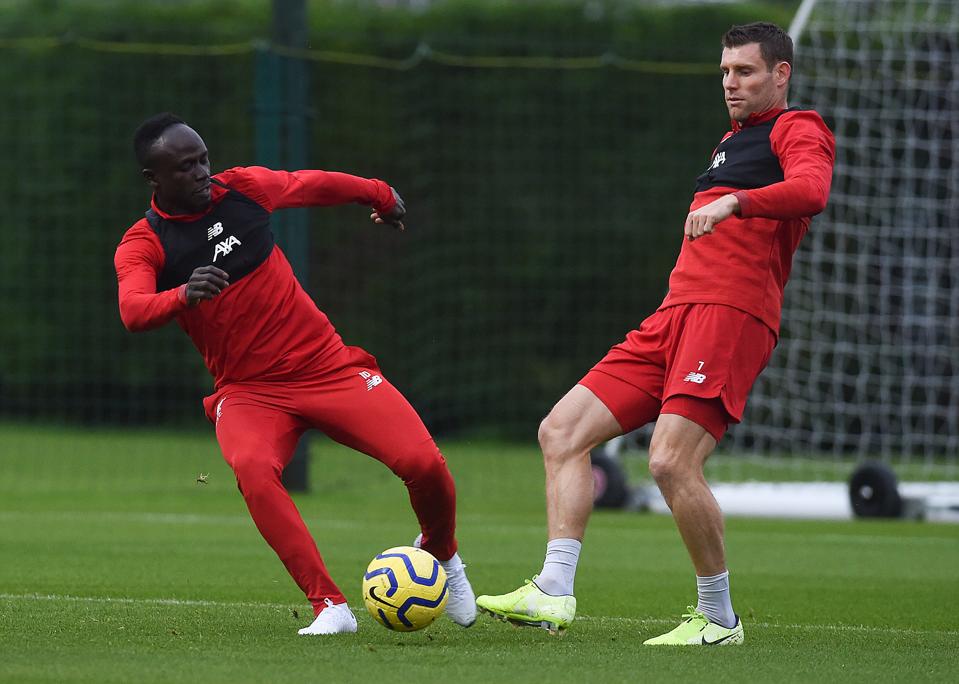 LIVERPOOL, ENGLAND – OCTOBER 25: (THE SUN OUT, THE SUN ON SUNDAY OUT) Sadio Mane with James Milner … [+] of Liverpool during a training session at Melwood Training Ground on October 25, 2019 in Liverpool, England. (Photo by John Powell/Liverpool FC via Getty Images)

The Liverpool squad returned from their mid-season break on Monday, having been given a complete rest and time off from training.

Xherdan Shaqiri and Nathaniel Clyne are still out, but James Milner and Sadio Mané are available for selection having recovered from injury.

Klopp could wait until the Champions League game against Atlético Madrid to return Mané to the starting XI, but the Senegalese could still play some part on Saturday.

Andy Robertson has been playing through pain in his left foot but is now back to 100% after the mid-season break.

The manager has plenty of options in midfield, with Fabinho and Naby Keita back in contention, and he could rotate his lineup between Norwich and Atleti.