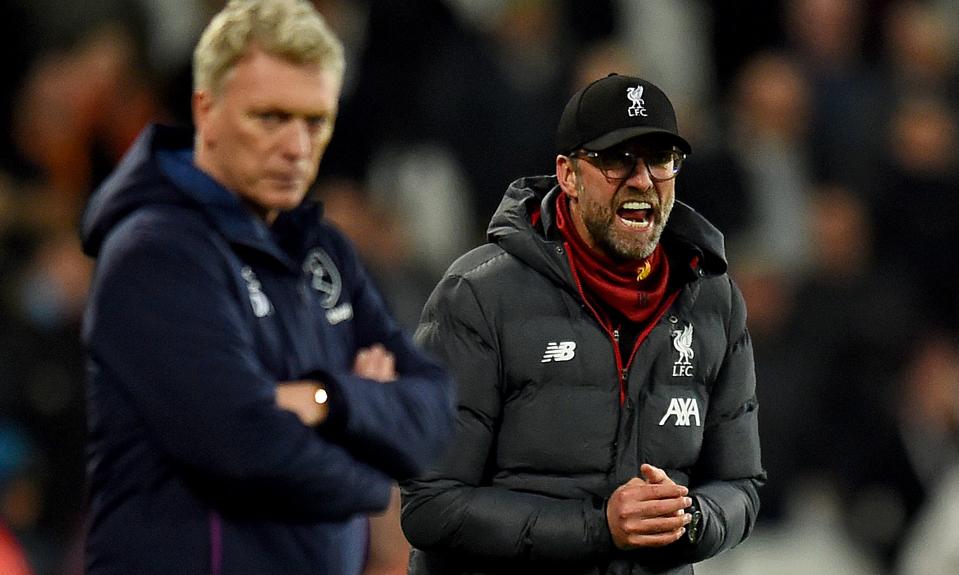 LONDON, ENGLAND – JANUARY 29: (THE SUN OUT, THE SUN ON SUNDAY OUT) Jurgen Klopp manager of Liverpool … [+] and David Moyes manager of West Ham United during the Premier League match between West Ham United and Liverpool FC at London Stadium on January 29, 2020 in London, United Kingdom. (Photo by Andrew Powell/Liverpool FC via Getty Images)

Every other team in the Premier League bar tonight’s opponents West Ham have played a game more than Liverpool, but Jürgen Klopp’s side still hold a 19 point lead at the top of the table.

This is the nature of the Premier League at the moment, and an indication of Liverpool’s unbelievable season which sees them currently unbeaten having only dropped points in one game so far.

They will be hoping to maintain this remarkable record against West Ham at Anfield tonight, where they can go one step closer to winning their first league title since 1990.

“It’s the first time back at Anfield for the senior team in what feels like a while, because of the mid-season break and then successive away matches in the Premier League and Champions League,” says Klopp in the match-day programme.

“I must say it’s fantastic to be back. We come into this after contrasting results – having won at Norwich by a single goal and lost in Madrid by the identical margin.

“In many ways both those games and both those results illustrate how hard we have to keep working if we want to achieve things. It didn’t feel to us that we played worse in the game we lost – maybe at times we played better.

“But at the level we live at now, games are close and so competitive and the line between being in a dressing room with the result you want and the opposite feeling is very narrow.” 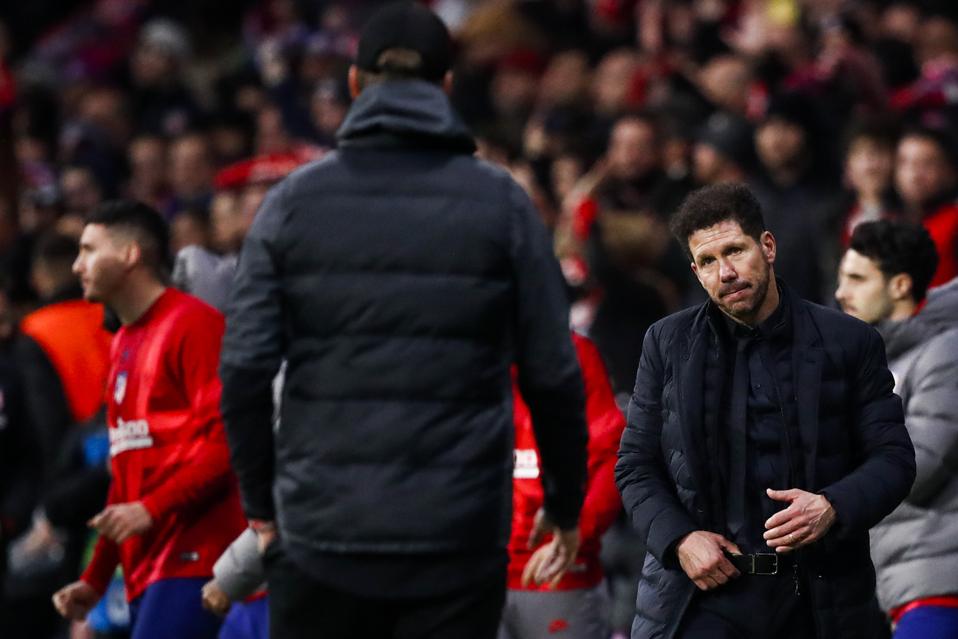 The atmosphere in Madrid contributed to the win for Diego Simeone’s side in the first leg of the Champions League last 16 tie, and Klopp will be hoping Anfield can produce a similar atmosphere in the return leg next month.

But he is not currently thinking so far ahead, and is calling for a similar atmosphere for this Monday night fixture against West Ham.

“What will be critical for us this evening is the support from our greatest asset of all – the Anfield crowd,” added Klopp.

“It’s a Monday night and it’s under the lights. It’s been a break since we were all here last and I think that adds to the hunger.

“But most important is that our supporters recognise just how much we need them. They have played a huge role in giving us the base we have currently. Now – like the players – it’s about upping the game for the decisive period. Anfield will be ready to perform, as they and the team have done until now, to the highest level imaginable.

“Tonight is a good time I think to show the hunger we have collectively to achieve things at the end of this season. We all recognise there is work to do – lots of work to do. We can only affect and impact the next game.

“Therefore everyone who loves Liverpool inside the ground tonight should make sure we give everything we have for this fixture.” 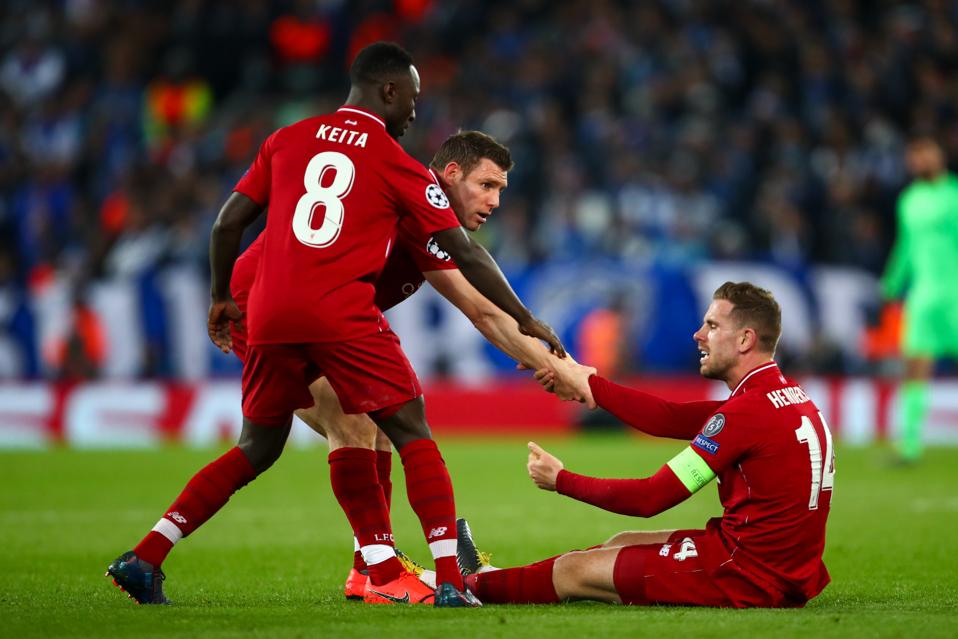 Jordan Henderson is out for three weeks after suffering a hamstring injury in the Champions League defeat at Atletico Madrid last week.

Liverpool have plenty of options in midfield, though, while James Milner could also come in to replace the captain’s leadership qualities in his role as vice captian.

If Milner doesn’t get the nod, then two of Naby Keita, Georginio Wijnaldum, and Alex Oxlade-Chamberlain will come into the centre of the park ahead of defensive midfielder Fabinho.

“We still have options there and that’s good,” said Klopp.

“It’s a chance of course, a chance for all of them. But there would have been a chance anyway, Hendo wouldn’t have played all the games from now until the end of the season.

“It’s a position where we can react so we will react.”

Xherdan Shaqiri and Nathaniel Clyne are long-term absentees and still not ready to return. How To Foster An Entrepreneurial Spirit

How To Enhance The Customer Experience Using AI And Voice Biometrics

Google Meet Is Now Free For Everyone