Breaking
The Ultimate Guide to Saving Money
Lights, Camera, Action—Is There A Post-Covid Future For...
7 Ways to Reduce Human Errors in Your...
How ‘Couples Therapy’ Used Technology To Cope With...
Can You Settle Your Student Loans Or Negotiate...
How to Use Amazon Attribution For Ad Campaigns
What are the Makings of a High-Quality Link?
How To Quickly Start And Scale Your Business
Terra Virtua: What NFTs Can Teach Us About...
5 Easy Steps To Prepare Content For E-A-T...
Physical Inactivity Linked To More Severe Covid-19 Infection...
The 2021 Estimated Tax Dilemma: What Tax-Return Pros...
Want To Digitally Transform Your Business? Start With...
How to Optimize Google My Business and Leverage...
Debunking Link Building Myths in 2021
How, When And Where You Can Gaze At...
Home Technology Logitech’s New VR Stylus Is Launching In February 2020, And Is Ridiculously Expensive
Technology

Logitech’s New VR Stylus Is Launching In February 2020, And Is Ridiculously Expensive 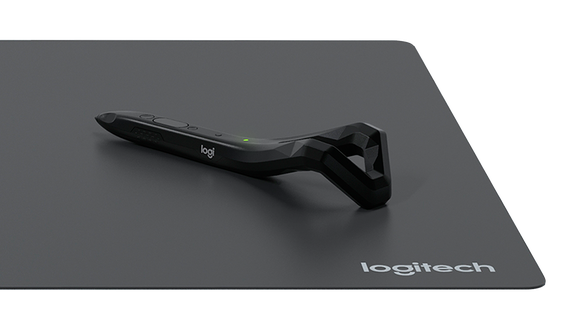 Logitech has opened up pre-orders for the VR Ink Pilot Edition Stylus, a Steam VR-driven tool meant to allow for precise pointing and drawing for enterprise and professional use.

The VR Ink stylus runs on Steam VR tech, but is much lighter than the traditional Vive wand or Index knuckle controllers, coming in at just 62 grams. It requires the Vive, Vive Pro, Valve Index or industrial Varjo headsets, and the base stations they use. Although Logitech does say that it recommends using the Steam VR 2.0 base stations, which were released alongside the Valve Index.

While the initial reaction may be that it would have very limited use cases, it’s not intended for gaming. A lighter, more precise input is ideal for commercial applications like CAD and 3D modelling, blueprinting or even art. Painting program Tilt Brush, 3D modelling suite Maya (via the MARUI plugin) and VR CAD designer Mindesk all support the VR Ink, allowing for much greater precision than a bulky wand controller. And that’s just the launch lineup.

The big sticking point is price – the Pilot Edition (kind of like a Founder’s Edition) of just the Stylus costs a whopping $750 (or an even more whopping £750 in the UK, which is $976). No headset, none of the base stations, and not even some of the cheaper software like Tilt Brush are included, meaning for the whole working set you’re looking at almost $2000. On top of that, the VR Ink Mat that is required for the stylus to work as a 2D input will be sold separately.

On the one hand, we’re entering the era of the third-party VR inputs, and that is excellent. Steam VR is an open platform compared to, say, Oculus, which allows for all sorts of specialized inputs to be made for the myriad practical applications of VR. On the other hand, is this really worth $750? Enterprise products are inherently more expensive than their consumer counterparts, but… it’s a stylus. A stylus that doesn’t even write on a flat plane unless you’ve got the not-included mat.

If, despite all this, this is something that sounds useful for you, you can pre-order the VR Ink stylus through the Logitech site. It is shipping in February 2020.

‘The Witcher’ Review: An Overly-Long But Likely 1:1 Contender For The Next ‘Game Of Thrones’

How Has Barcelona’s Formation Shaped Their Success In The Last Decade?