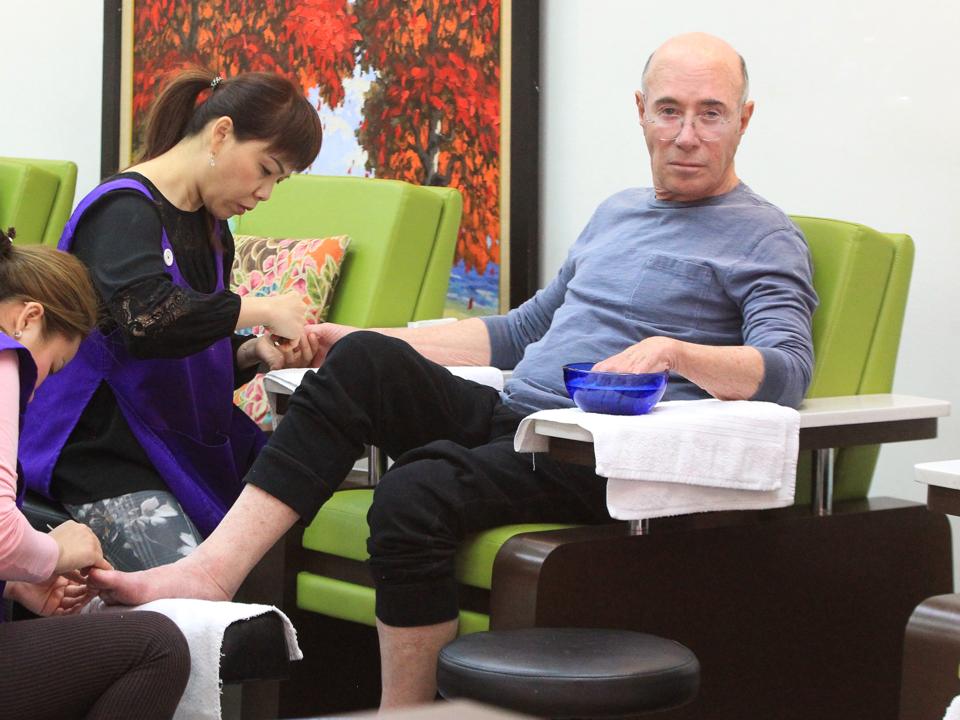 Rising Sun, billionaire David Geffen’s 454-foot superyacht, has been a beacon for the world elite’s since he began sailing on her 13 years ago. Since then, everyone from Tom Hanks and Oprah to Lloyd Blankfein and Jeff Bezos to Barack and Michelle Obama have been have spent time aboard the $570 million pleasure craft.

Geffen, 77, now finds himself very much by himself aboard the ship—and the object of some significant internet ire.

The DreamWorks founder posted a dreamy set of pictures on his Instagram today, captioning one: “Sunset last night…isolated in the Grenadines avoiding the virus. I’m hoping everybody is staying safe.”

The Grenadines are a 600-island chain of paradise in the Caribbean and one half of a country known as St. Vincent and the Grenadines. A night at a local inn—say, the 26-villa Mandarin Oriental on the isle of Canouan—starts at $1,100 a night for two. In other words, the Grenadines are, decidedly, not where most mortals are spending their coronavirus isolation, and social media quickly did one of the things it does best: devour the rich.

The world’s moneyed and famous have responded to the global crisis with varying degrees of competency and success. John Legend, Justin Bieber, Cardi B, Miley Cyrus, Demi Levato have all been on Instagram Live trying to keep the planet entertained, and audiences generally responded with a thumbs up. Yet that was not the case for the Gal Gadot-led chorus of celeb voices singing John Legend’s “Imagine,” which earned nothing but rounds of virtual jeers.

By Saturday afternoon, the sounds of villagers and pitchforks had grown too deafening for Geffen, and he did the most sensible thing he’s done all day: switching his Instagram to private.

Mindset Matters: Cracking The Code And Adjusting To The New Normal During The COVID-19 Epidemic