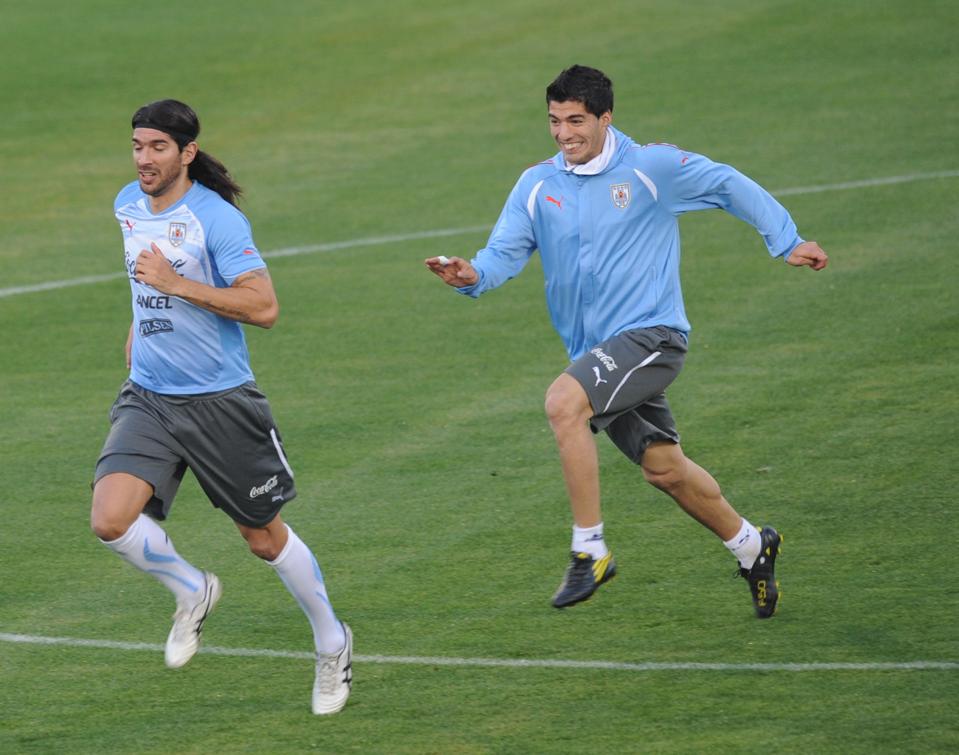 That Luis Suarez is a proud patriot is no secret.

Uruguay’s fifth all-time appearances leader after representing La Celeste on no less than 113 occasions, the FC Barcelona striker won the 2011 Copa America with his tiny South American nation after leading them to the semi-finals of the World Cup in South Africa the year before.

Born in Salto, a small town of 100,000 inhabitants on the border with Argentina, at the turn of 1987 – just three weeks before front line partner Edinson Cavani, also from there – his journey in soccer began at Sportivo Artigas.

Aged seven, however, he moved with his parents and six brothers to the capital Montevideo, where he played at Urreta FC before being picked up by one of the two most successful outfits in the country, Nacional, as a 16-year-old.

Heading across the Atlantic not long after turning adult age, successful passages through Groningen, Ajax and Liverpool saw El Pistolero wind up at the Camp Nou, where he is a Barça legend and fourth top scorer in the history books trailing Laszlo Kubala by a mere three goals.

His contract expiring in the summer of 2021, Suarez, who by then will be 34, has a unique clause in the deal which he revealed details of to RAC1 at the end of February.

“There is the option that if I play 60% of the games I’m available for next year, I [will] renew automatically,” he explained. “I am happy here and my family is too. I’m where I always wanted to be and I feel useful, but the decision has to come from the club. I want to stay here but that doesn’t depend on me,” he stressed.

This week giving support to Lautaro Martinez, his nautral heir who is a top target for the Blaugrana from Inter Milan, and who Suarez finds to boast “great movement”, the veteran is probably not long for the Camp Nou after the 2021/2022 season if not making an exit before. 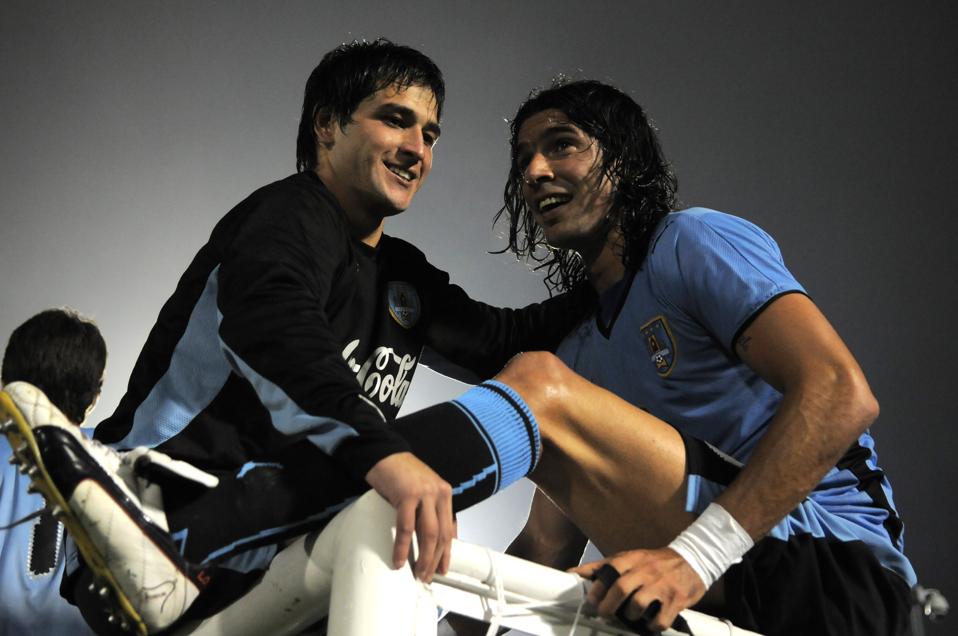 MONTEVIDEO, URUGUAY – NOVEMBER 18: Nicolas Lodeiro and Sebastian Abreu of Uruguay celebrate victory … [+] over Costa Rica during their match as part of the 2010 World Cup Qualifiers at the Centenario Stadium on November 18, 2009 in Montevideo, Uruguay. (Photo by Dante Fernandez/LatinContent via Getty Images)

“He wants to come to MLS,” stated Loderio boldly in November 2019. “Luis always asks me about the league. His dream was to play for Barcelona. He is playing at a great level and he feels comfortable there,” it was added.

“Sooner or later he’ll come to MLS. Well, hopefully,” went on Lodeiro, before repeating his claim. “He likes the league. He always asks me things about it. I wish he can also play for Seattle Sounders, although this may be a more difficult task.”

Heading into the weekend however, it has emerged that a past colleague of Suarez’s in the international locker room might be reunited with him, only in this instance on domestic soil in their shared homeland.

“I spoke with Suarez and he said that if I am the coach of Nacional he could return,” said Sebastian Abreu to local radio station 890.

A remarkable 43-year-old player-manager at Boston River, where Barça recruited their budding center-back Ronald Araujo, Abreu has only just begun his career as a tactician and is unlikely to assume the post any time soon.

But in two years’ time, or even after Suarez has done a stint in the U.S., who knows if the pair will cross paths again.

Do You Sweat More During Your Period?

How China’s Measures Have Worked Against Coronavirus, What...

U.S.-Europe Travel Ban Will Add To The Pain...