Breaking
Entrepreneurs Are Bringing Transparency To Home Buying And...
Best Incentive To Get Vaccinated: Money, Messaging, Or...
Page Level Query Analysis at Scale with Google...
How A CIO Can Align IT With Business...
Blogger of the Month: Jo, Girl Eats World
6 Things Women In Business Know That Men...
How to Use First-Party Data for Ad Personalization
Pressing Reset—Putting A Fallen Unicorn Back On Its...
How We Went Viral: Promoting Content with Influencers,...
Blame Olympic Record Price Tag For Return To...
Apple iOS 14.5 Release: Should You Upgrade?
How to Come up with Podcast Topics and...
Why Gaming Gear Company Razer Launched A $50...
Technical SEO Implementations to Increase the Impact of...
30 Brilliant Ways to Market Your Eco-Friendly Shopify...
15 Tech Industry Leaders Share Overused (And Misused)...
Home Business Lululemon To Buy Buzzy Exercise Startup Mirror For $500 Million
Business

Former ballerina and Brynn Putnam founded New York City-based Mirror, which offers $1,495 interactive mirrors on which to take exercise classes at home. Even before the coronavirus pandemic forced people gyms to close, it had been growing fast. One of 25 companies to make the cut for this year’s Forbes Next Billion-Dollar Startups, its revenue reached an estimated $45 million last year and was on track to surge past $100 million this year. “We’re seeing Christmas in April,” Putnam told Forbes this spring for a magazine profile of her startup. 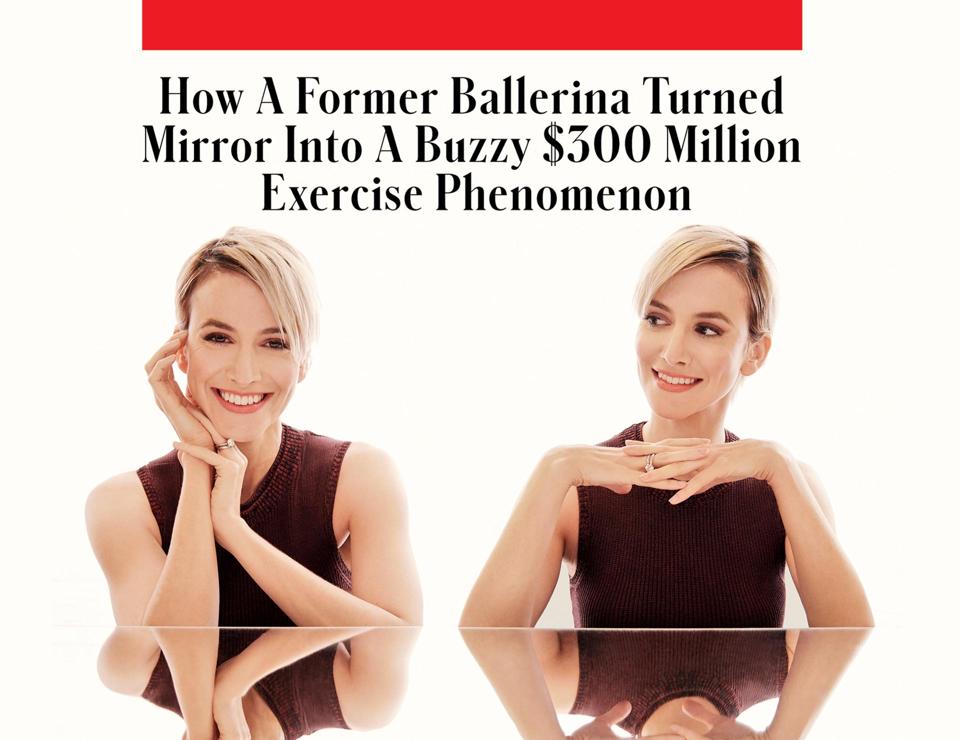 Mirror founder Brynn Putnam, as seen in our Forbes magazine feature on the startup

Following the sale, Putnam will continue as Mirror’s CEO, reporting directly to Lululemon CEO Calvin McDonald. Putnam did not immediately respond to request for comment on the sale. In a statement, she said that “As part of Lululemon, Mirror can further strengthen its position and accelerate its growth.”

Lululemon and Mirror first began a partnership in mid-2019. McDonald said in a statement that the acquisition would help Lululemon continue to “enhance [its] digital and interactive capabilities” as part of its vision to be an experiential brand.

Before the deal was announced, Mirror’s previous private company valuation was $300 million, and Forbes estimated that Putnam, the company’s sole founder, was worth at least $80 million. With the acquisition valuing the company at $500 million, her stake is likely worth more than $130 million.

The sale also represents a big win for venture capital firms Lerer Hippeau, Spark Capital and Point72 Ventures, the VC firm of hedge fund billionaire Steve Cohen. As Ben Lerer, managing partner of Lerer Hippeau, told Forbes this spring: “It’s definitely one of the most exciting highfliers in the portfolio.”

For more on Mirror, read our magazine profile here.