Breaking
Three Essential Components of a Successful Small Business
Pandemic Pet Adoptions Add To Chewy’s Tailwinds, But...
How to Use LinkedIn’s Social Selling Index Like...
Strong Revenue Trend Could Drive EXACT Sciences Corporation...
9 Things To Know Before Starting A Business
‘Game & Watch: The Legend Of Zelda’ Will...
The 9 Fundamental Components Of A Startup Pitch...
How to Get Results from Broken Link Building
Florida Supreme Court Tells The American Bar Association...
How to Write Perfect Paid Social Media Marketing...
How Restaurants Can Design a More Sustainable Food...
Expenses That Small Business Owners Need to Be...
How You Can Make Saying Goodbye To The...
Biden To Meet Royal Family At Cornwall’s Eden...
It’s Going To Be Emotional — Going International...
Peer Mentoring For Students: STEM & Buds
Home Technology Luxuriate In The Invisible Sun This Summer
Technology 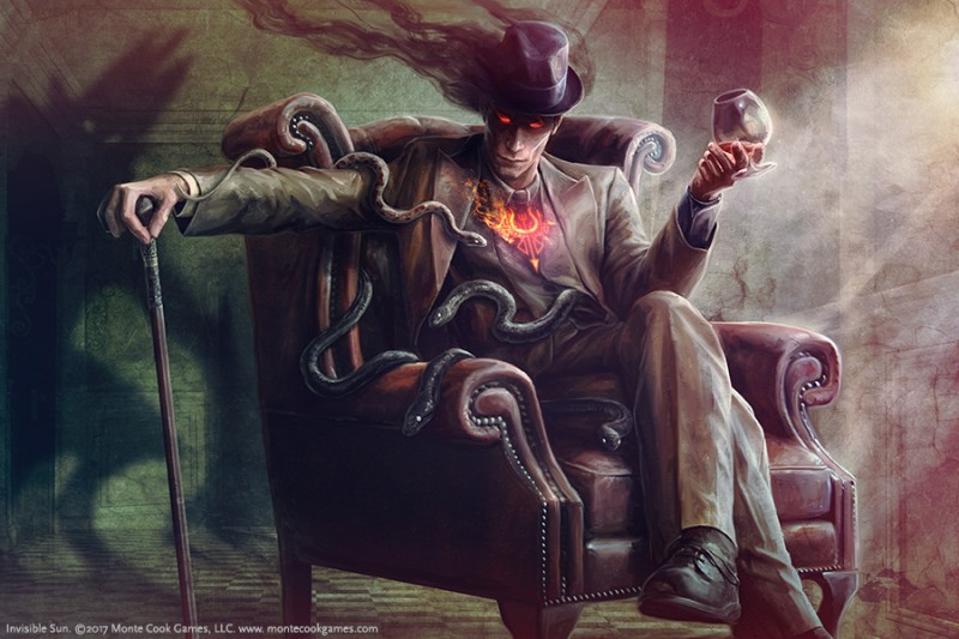 Everyone in Invisible Sun is hungry for secrets

Many of my articles in this space are about featuring games that are easy for new players to grasp. Dungeons & Dragons is the most common way for people to get into roleplaying games but there a lot of great games out there that are also helpful to new players just learning about the joys of roleplaying.

Invisible Sun is a dense game that rewards in-depth meditation on character, seeking out occult clues in the game text, mastering the game rules and investigating mysteries in the strangest boxed set ever created for any medium.

It is also immensely fascinating.

Players take the role of vislae, magic users who have realized that our world is an illusion largely crafted to give those of their power and inclination a space where they can forget about things for a while. They return to the real world, called the Actuality, and a city called Satyrine devastated by war. They return to their orders and pursue surreal adventures in the quest for the one thing everyone loves; secrets.

The game offers a wealth of information as well as some unusual systems for its different wizards. One order uses a visual, Tetris-like puzzle to determine what spells their members have memorized. Another gives casters a handful of concepts they combine into on the fly for different effects. An of course there are the Apostates who stand apart from the orders because every society has to have a bit of rebellion in it.

The system is based in Cypher System, which first debuted in their flagship line, Numenera. It’s been modified to fit the game in several ways, such as more elements making up a character, removing some of the math from the dice rolling and giving magic a wild, dangerous feel. Powerful magic rolls more dice which give an opportunity to make effects permanent at the risk of more chances of letting in flux and messing things up in a player’s life elsewhere.

Players also choose their own advancement goals. The book is full of several examples along with ways for the GM to bring together player storylines. Want to romance the concept of death? Want to get a magic tattoo over your body that contains every word every written? Want to discover who created the universe and all the suns in it? Not only are players to swing for the fences with their storylines, it’s expected they can’t always get what they want. To advance properly, players must gain points of Joy and Sorrow, which often means failing or setbacks and not just grinding out experience points through winning combats.

The setting is surreal, bringing to mind post World War I decadent Berlin, Neil Gaiman’s Sandman comics and the films of Guillermo Del Toro. Most urban fantasy games ground themselves in a secret world behind the real world, but Invisible Sun leaves our world behind. In fact, our world’s existence is used as an easy justification for player absence. Vislae pass back into our world all the time and if a player can’t make it because of working late or whatever, it’s assumed their character drifted away into the Shadow for the time being.

Part of why it took me long enough to look at Invisible Sun was its boutique pricing. It’s $250 for the Black Cube and that’s a big leap to take on faith. Many gaming groups balk at a core book priced at $60 or $70. (There’s currently a discourse in the video game industry about similar issues when the PS5 and X-Box OneX come out) On the other hand, the company recognizes that in any retail industry, there can be more than one way to provide for customers and they’ve cultivated a dedicated fanbase through how they do business. I finally checked out the game thanks to a sale on Bundle of Holding where you can get the cube in digital form for $25 and several expansion books for a slightly higher price. It’s available in a cheaper digital form through July 21st.

Now that I have read the game, I would definitely consider getting the Black Cube, but the realities of gaming in the time of COVID-19 made me take the digital path towards the Invisible Sun. I am glad I did.