Breaking
England Plunged Into Second Lockdown From Bonfire Night
This Young Entrepreneur’s Goal: To Make Healthy Foods...
Fruit And Vegetable Spoilage Is A Hidden Cause...
Blasingame’s Law Of Urgency
This Is Why Entrepreneurs Who Settle For ‘Good...
Nature Has Economic Value That Needs To Be...
Damwon Gaming Win The ‘League Of Legends’ World...
Is Stock Market Signaling Recession Extension? Unemployment Data...
Leaks Point To New MacBook Silicon, MacBook Pro:...
What Every Dog Wants This Halloween, BarkBox AI...
IQVIA Killing It In The Drug Trials Business
This Mother Of Four Tapped Her Talent For...
This Mother Of Four Tapped Her Talent For...
New Study Reaffirms: Increased Health Literacy Leads To...
Why The Retirement System Is Like The Cereal...
Imposter Nurse Received Millions, Now Sentenced To Prison...
Home Business Luxury Footwear Brand Chelsea Paris Re-Launches And Stays True To The Founder’s African Heritage
BusinessEntrepreneurshipStart Ups 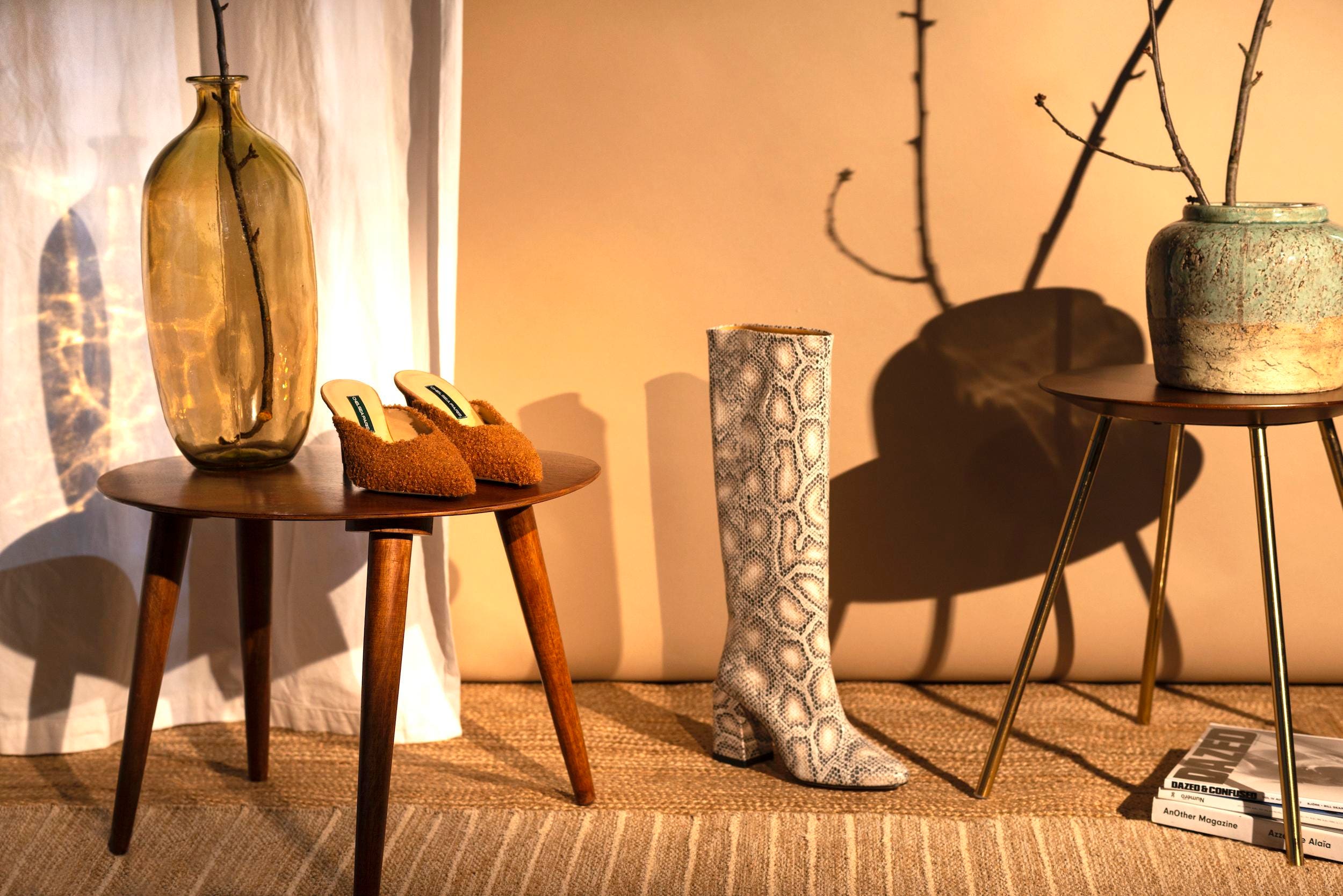 “While designing footwear, I faced immense pushback from wholesalers,” states Ebagua. “I watered down my collections to meet their expectations. Overwhelmed by stress and industry pressures, I developed anxiety and a condition called Achalasia. I was losing my brand. I had lost my creative identity. I needed to take a step back and remember why I began designing in the first place.”

Named after her two daughters, Chelsea Paris originally launched to high accolades that soon earned Ebagua a robust celebrity following including Lupita Nyong’o, Beyoncé, Selena Gomez, Kendall Jenner, and Taylor Swift just to name a few. But it was the constant pressure from consultants, investors, and wholesalers that prompted her to change her designs to appeal to a wider customer base.

When I ask her to not name names yet describe who these people were Ebagua tells me that, “Women of varying ages, ethnicities, and social statures suggested I carefully consider race while promoting my brand.” It was these types of interactions that had Ebagua second-guess the direction of her business and her creative vision.

After years of being questioned and a personal health crisis, Ebagua decided to stop working on her brand in 2017 to take care of her health and regroup. “These experiences influenced the direction of my creative narrative and my overall growth and confidence as a Black designer and businesswoman. I am now able to dictate the story of my brand and remain true to my heritage and the initial inspirations for this venture with this direct-to-consumer model,” Ebagua tells me.

“I am so excited and proud of this collection. The motif of African cornrow lines stems from snapshots of my childhood as a Nigerian youth,” shares Ebagua. “Growing up, my mom used to cornrow my hair, placing colorful beads on the ends. The intricacy of her weaving inspired the FINN, an architecturally elegant interpretation of cornrow resembling lines strung together, gathering like woven rattan. With its raised pattern lines reimagining cultural cornrows, the ACE further celebrates African craftsmanship.”

Ebagua has always loved footwear. But her road to becoming a designer wasn’t a straight shot. In fact, prior to studying footwear design at the famed Ars Sutoria in Italy, Ebagua utilized her degree in computer science specializing in IT infrastructure consulting.

“I have always been fascinated by footwear. As a teenager, I was captivated by the textures and silhouettes of shoes I found scouring flea markets and vintage stores. I remember taking those shoes to the cobbler in hopes of achieving a better design and fit,” explains Ebagua. “When I was younger I could never imagine growing my passion into a business, so I pursued a career in technology. Over a decade in, at the height of my career, I still had an intense desire to design footwear. I risked it all, decided to run after my dreams and I could not be happier.”

Ebagua, who self-funded the entire re-launch tells me it just made sense to market her brand directly to the consumer this time around. “I wanted to be authentic and control the narrative as it relates to my brand and my designs. I feel there is truth and purpose in my story as well as a market for it. With direct-to-consumer, I can go directly to the consumer without having to dilute my designs to make them more palatable to wholesalers.”

Chelsea Paris’s first new collection for this fall is sexy, quirky, yet sophisticated, and is made in limited batches.

“As a designer, sustainability means making thoughtful decisions—we are focused on small batch collections so waste reduction is a priority,” explains Ebagua. “We take great care to source suppliers who share our values. Our factory processes solely use organic and cruelty-free dyes and glues and we utilize vegetable-tanned, metal-free leathers which do not produce harmful byproducts and ecologically processed textiles.”

Ebagua continues, “With our re-launch and direct-to-consumer model, I want Chelsea Paris to be a source of inspiration. It goes beyond me, the designer; it’s about building a community.” In this spirit the Chelsea Paris brand will highlight and collaborate with various organizations that make a positive impact on the world by donating a portion of the proceeds.

“This season, we are supporting Solar Sister and their novel approach to the energy challenge that is powered by women in off-grid communities. Through ample training and education, Solar Sister enables women entrepreneurs in sub-Saharan Africa to build sustainable businesses in their own communities. 10% of net proceeds will go towards this important organization.”

With her health intact and her confidence at an all time high—the sky’s the limit for Ebagua.

This Is Why Entrepreneurs Who Settle For ‘Good...

Why Faking It Fails And How To Start...

To Succeed In Business, Leave Bandwidth Open For...

This Start-Up Is Democratizing Non-Invasive Beauty Treatments For...

What Courts Look For In Chapter 13 Bankruptcies