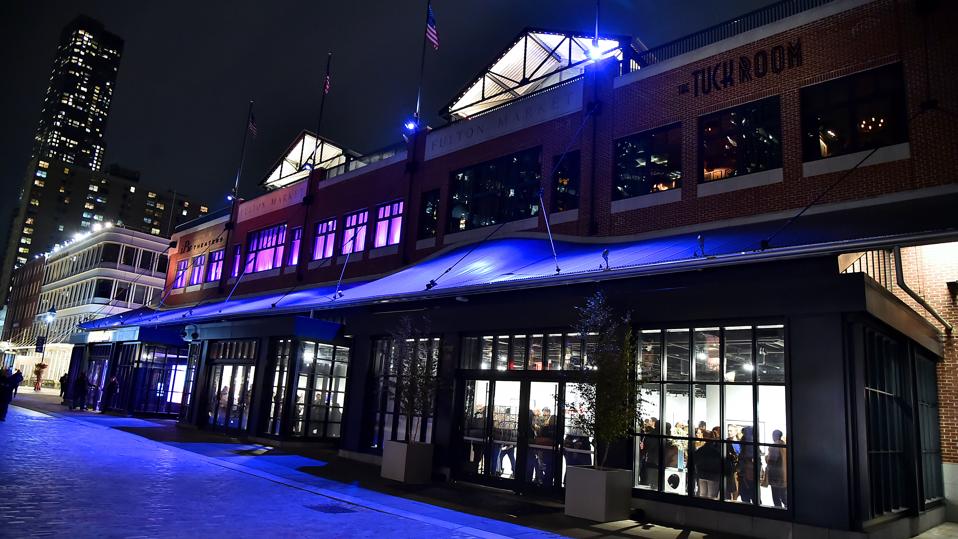 The apparent culprit: An accelerating coronavirus pandemic, which has created an uncertain future, according to Women’s Wear Daily. As non-essential stores have shuttered over the last two weeks, 10 Corso Como, like many other luxury retailers, was faced with a cash-flow stoppage and overhead to pay.

However, luxury boutique and department stores were experiencing challenges pre-COVID-19, as demonstrated by the closing of Barney’s New York and reports that Neiman Marcus is preparing to file for bankruptcy. The company’s choice of location had also proved challenging.

Founder Carla Sozzani, 72, opened her first store in Milan in 1991 and quickly drew a devoted following among well-heeled clientele. In 2018, she partnered with developer The Howard Hughes Corp. to open her first U.S. outpost in the Seaport District in New York. The outdated and flailing former Pier 17 had been revitalized after Hurricane Sandy by the developer, which transformed it into an experiential destination with its outdoor rooftop concert stage, top-rated restaurants and office space for companies like Nike and ESPN.

The assumption was that it would corner the downtown experiential luxury shopping. But other luxury hubs in the area — like The Oculus, 28 Liberty and an upgraded Brookfield Place – emerged in the meantime. Many of the area’s streets became lined with stores like Tiffany’s, Anthropologie and Zara.

Finding a unique concept store like 10 Corso Como to commit to a 28,000 square foot space in the former Fulton Street Market building was no easy feat. But was it what the neighborhood and local community needed?

“I’m disappointed that 10 Corso Como has closed. I love the original in Milan, but unfortunately, that vibe didn’t seem to translate in NYC,” said Maria Ho-Burge, owner of PrimpNYC, a beauty and wellness salon located opposite the store. A better option? A “thoroughly vetted business that the community can support that is not reliant on tourists and New Yorkers from other neighborhoods that keep the area lively year-round.”

It didn’t take long for local resident and real estate broker Luis Vazquez to start a grass-roots movement to fill the square foot space space with a Trader Joe’s. “As soon as I saw the news, I contacted Howard Hughes Corp. and said they should be looking at Trader Joe’s now,” he said. To help raise support for the idea among locals, Vazquez encouraged followers of his community page on Facebook FB to reach out to Trader Joe’s as well.

Whether Howard Hughes is interested is another question. There’s already a nearby Jean Georges food market in the works. The company did not respond to an interview request at the time of publication.

Vazquez says the retailer’s main problem is that it struggled to attract local residents, who are more interested in gyms, nail salons and pet stores. “The neighborhood is full of higher-income individuals and families, but even they don’t always buy $400 Prada sneakers,” he said. It also failed to attract tourists in droves. “10 Corso Como was relatively obscure and not well known enough beyond fashion and art crowds to be a destination,” said Vazquez.

Another local resident, Karen Duffy, agrees that the ingredients for success were there, but a connection to the neighborhood was missing. “10 Corso Como was intended to draw a large international community. Still, they seemed tone-deaf to the residential community in the Seaport,” said Duffy, who is cofounder of Wilyfoxx branding agency. “While it was a wonderful as a point of discovery for the fabulous photography exhibits and events, it missed the boat in winning over the locals,” she said.

Indeed the café had its troubles. In January, Sozzani was reportedly looking to take the café in a new direction, telling WWD they were closing the restaurant to the public to shift focus. In order “to create a more inclusive experience, the café/restaurant needs to be incorporated into the art, fashion and design spaces, as it is in Milano and Seoul,” she told WWD.

Residents like Duffy and Vazquez weren’t surprised the café was struggling, saying it had gotten bad press for allegedly poor service, a European approach to plating and an immense space that looked empty and uninviting. Plus, if the main draw to get customers to shop wasn’t succeeding, there was little hope its survival even with the nearly 500,000 people who come through the neighborhood daily.

“While the community was excited to have a globally recognized fashion, design, and art brand set up shop, it wasn’t functioning as a viable community asset. It was supposed to be the draw, but they didn’t have a big brand voice relative to the international and national known eateries in the area” said Duffy.

What made 10 Corso Como a success in Milan in the first place had a lot to do with the channeling of Sozzani’s point of view, and her presence and energy thrived there. New York may have proved that it isn’t a formula to be so easily replicated here if it lacked her physical appearance. She has also closed locations in Japan and China. Separately, Sozzani had also taken on the role of product curation for the Maison Alaïa collection which seasonally reissues updated house classics after founder Azzedine Alaïa’s sudden passing in November 2017.

For the families in the neighborhood, a grocery store may make more sense. But Duffy added, “If Trader Joe’s comes in, it may serve that need, but we lose a unique point of view, however niche it was.”