Breaking
The Biggest Scandal On Social Media Right Now...
Don’t Hold Your Breath For Biden’s Big Stimulus...
The Rise Of Substack—And What’s Behind It
Be Smart When Shopping For Additional Medicare Advantage...
Finally! The SBA Releases One-Page PPP Loan Forgiveness...
3 Tips To Get Your Website To Work...
Netflix Releases 4th Quarter 2020 Earnings: How Much...
How To Make Entrepreneurial Education 16x More Productive
11 Strategies For Praising Employee Work (Without Causing...
Starbucks Steps Up Its Racial Justice Outreach With...
Startup Surge: Pandemic Causes New Businesses To Double
Consumer Psychology Lessons From Carnival
Is Success Making You Lazy?
AT&T Stock Will Not Go Back To Its...
2021 CES Consumer Storage
Senator Marco Rubio Called Out Twitter For Its...
Home Technology M1 MacBook Pro Vs Dell XPS 13 9310: Intel Takes A Hit (Review)
Technology 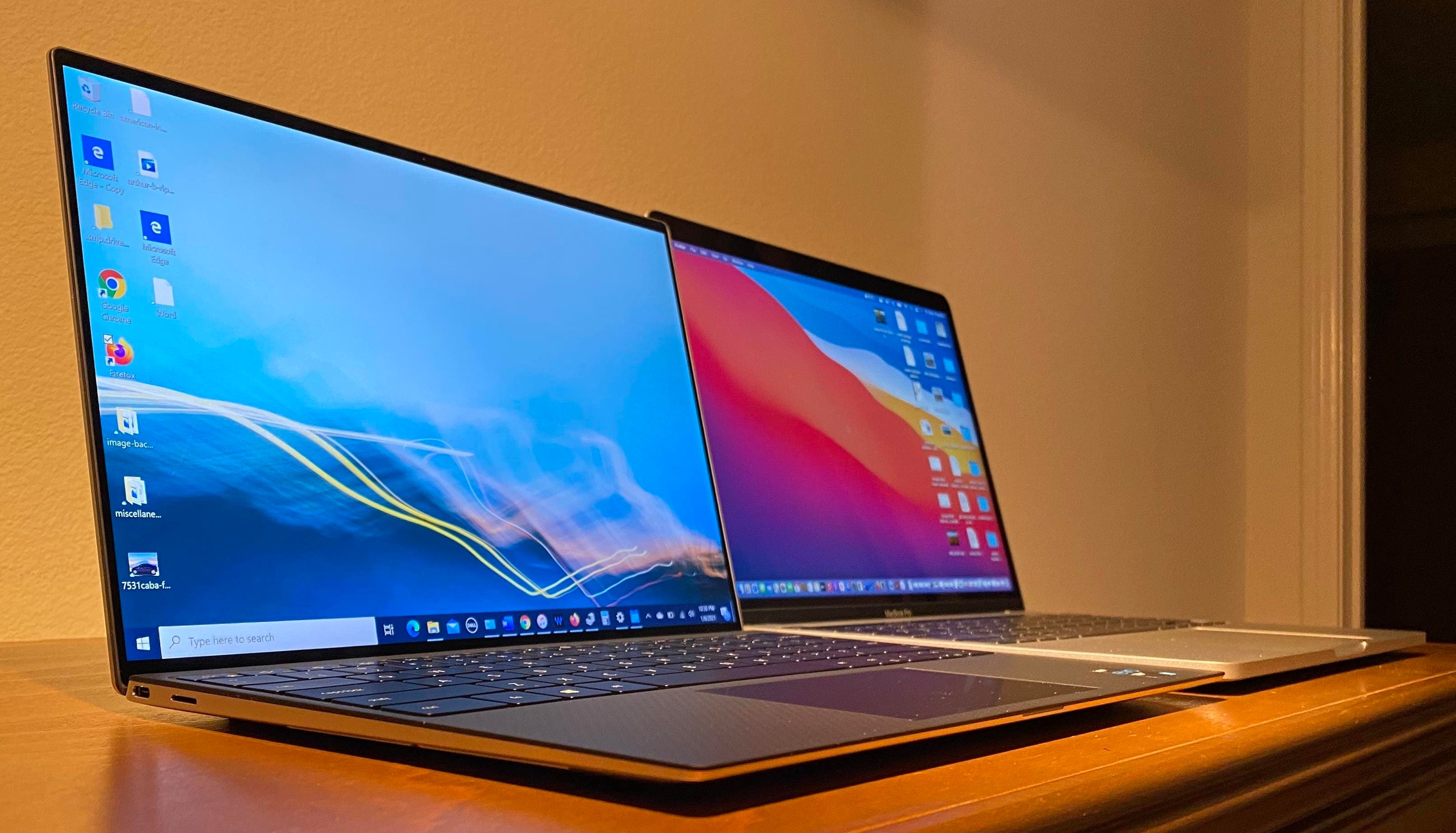 tl:dr: the M1 MacBook should put Intel on notice. While the Dell XPS 13 9310 is as good as a Windows laptop gets, the problem appears to be Intel.

This review is focused on battery life and real-world performance.

Apple has proved that one of the biggest upsides to its M1 MacBooks is battery life. So let’s start there.

—M1 MacBook Pro: full day+: With on and off use throughout the day, I can get a full day of battery life on the M1 MacBook Pro. If I don’t do any heavy lifting, more than a day. The only other laptop I have that comes close to the endurance of the M1 MBP 13 is my Google Pixelbook Go Chromebook.

—Dell XPS 13 9310 (4K+ display): half-day+ or 6+ hours. I’m using the 4K+ (aka UHD+) model for this review. I can stretch it to 3/4 of a day if I stay away from things like long video conferencing (Zoom) sessions, excessive active Chrome tabs, and keep screen brightness down.

Note that Dell XPS 13 9310 with a lower-resolution FHD+ display has longer battery life than the 4K+ XPS 13. More on that below.

I would argue that Dell’s 4K+(3,840-by-2,400) model is a better yardstick than the lower-resolution FHD+ because the MacBook Pro comes with a Retina (2,560-by-1,600) display as standard. But some users may disagree and be fine with a FHD+ display.

Why the difference in battery life? The XPS 13’s 4K display has 4x the number of pixels to push than the FHD+ so it will always draw more power, according to Dell.

For the record, here’s what Dell’s product page says about battery life:

But the display isn’t the full story

The display’s impact on battery life is not the whole story.

Apple — even with a high-resolution Retina display with 500 nits brightness — is able to deliver longer battery life than the XPS 13. In short, Apple has reengineered the M1 MacBook to deliver incredible run times on battery power. Other Windows-Intel laptops really aren’t even close.

This is a watershed because long battery life is the Holy Grail of laptops. Apple, in effect, has exposed Windows-Intel laptops as lagging edge in this department. For someone who reviews a lot of Windows laptops, that’s been a shock.

As a parenthetical, I can’t help but wonder if Windows doesn’t share some of the blame. To wit, I have a Google Pixelbook Go (running Chrome OS) that is very fast despite using an older Intel 8th Gen processor. And it gets amazing battery life, approaching that of the M1 MacBook Pro. So, using an OS that is geared to conserve energy (and/or has less overhead) may also be a factor.

Though in real-world, hands-on testing, the M1 MacBook Pro is snappier than the Dell XPS 13 9310, it’s not mind-blowingly faster, i.e., many users may not notice the difference.

If you do a lot of video editing (not advisable for either laptop), then the difference becomes more pronounced, favoring the M1 MacBook Pro.

But getting back to real-world testing of more conventional workloads…though the performance gap is there and noticeable, Dell’s XPS 13 9310 with Intel’s latest 11th Gen “Tiger Lake” Intel Core i7 is no slouch. It’s plenty fast. So, I want to make that clear also.

The M1 MacBook Pro is the new laptop gold standard.

The M1 MBP is faster, runs cooler, and has longer battery life — much longer in some cases compared to Intel-based Windows laptops.

This is a reset for the laptop industry. Let’s see if Intel and its hardware and software partners can meet* the challenge.

*There are reports that Intel is already starting to take action. News on Friday from Bloomberg said: Intel Talks With TSMC, Samsung to Outsource Some Chip Production. “[Intel] has suffered years-long delays that have put it behind competitors that design their own chips and contract TSMC to do the manufacturing,” Bloomberg said.

Here’s a breakdown of pixel count and density for the 3 laptops:

How To Buy A Home In A Sellers Market

We Don’t Live In “Normal” Times