Breaking
Think Small: Timely Picks To Capture The Reawakening...
Patient Gets Covid-19 Swab Lodged In Her Lung...
Nine Signs You’re Not Being Effective During Your...
Chromebooks Can Now Run Windows 10 – Find...
Will Biden’s Tax/Benefit Plans Help/Hurt You And The...
This Fashion Brand Turned A Stripe Into A...
Shots In The Dark: Why Access To A...
What Building Wealth Really Takes In Business
Building A Circular Economy In New York City...
How To Cast Your Vote Against Election Scams
New Science On Stress: Feeling Your Feelings Works...
Why Now Is The Right Time To Acquire...
7 Obstacles That Prevent People From Starting Businesses...
Booking Holdings Falls; Likely To Remain A Risky...
Apple iPhone Crushes Samsung Galaxy In Important New...
Shape And Hold: How A British Entrepreneur Took...
Home Business Mac Miller, Selena Gomez, Halsey And Drake: 5 Important Moves On This Week’s Hot 100
Business 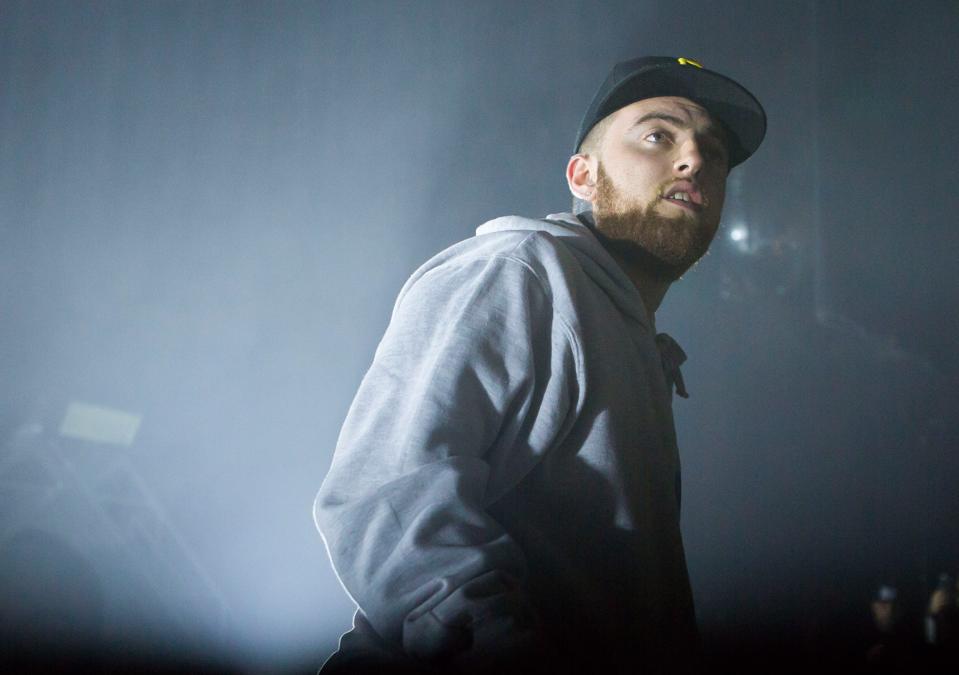 DETROIT, MI – OCTOBER 14: Mac Miller performs in support of the GO:OD AM Tour at The Fillmore … [+] Detroit on October 14, 2015 in Detroit, Michigan. (Photo by Scott Legato/Getty Images)

Selena Gomez, Halsey and Mac Miller all score new Hot 100 hits this week with tracks from just-released full-lengths, and while the two women mentioned are surely celebrating, the news is bittersweet for the family of Miller, who reaches a new solo peak after his passing.

Future and Drake were clearly on the hunt for a chart-topper with their new single “Life Is Good,” and they came as close as possible without actually reaching the top spot. The powerful pairing’s latest collaboration blasts onto the Hot 100 at No. 2, kept back from the penthouse by Roddy Ricch’s incredibly popular streaming giant “The Box.”

“Life Is Good” is Future’s highest-charting song, his third top 10, and Drake’s thirty-sixth.

One week before his final album (or at least the last proper project he worked on in his lifetime) Circles arrived in full, Mac Miller’s estate released a single from the set, “Good News.” Fans rushed to stream and buy the track, and it has now become the hip-hop musician’s highest-charting song as a lead act. He’s only landed one other top 20 title, “The Way,” which was fronted by Ariana Grande, and which broke into the top 10 when she was first getting started.

Halsey’s new album Manic is headed for a No. 2 debut on the Billboard 200 next week (behind Eminem’s Music to Be Murdered By), and just before it launches, she’s landed another hit from the set. “You Should Be Sad” opens at No. 29, giving the pop star her twelfth top 40 on the Hot 100.

Selena Gomez currently controls the Billboard 200 with her new studio effort Rare, which only beat the runner-up title by 2,000 equivalent units. The album has now produced quite a few charting single throughout several years, and the singer can add one more to the total. Next single “Rare” starts at No. 30, becoming the eighth top 40 from the project it shares a name with (when including all versions).

Looking at her entire discography, Gomez has now appeared inside the top 40 21 times.

R&B powerhouse John Legend returns to the Hot 100 with “Conversations in the Dark,” which appears to be the latest single from his as-yet-unannounced forthcoming album. The track, which debuts at No. 86, could be the third release from a new full-length…or it could be the first taste of a new era, with some previously-shared cuts falling by the wayside.

There’s Something Very Strange Going On With Bitcoin Exchange LocalBitcoins