Breaking
Top Stocks To Short Today As Markets Fall...
Three New York-Based Sustainable Fine Jewelry Brands That...
This Week In Credit Card News: No-Interest Credit...
Thirteen Predictions For 2021 In Sustainability Private Equity...
How Too Much Optimism On Vaccines And The...
Nine Strategies To Make Your New Year’s Resolutions...
Paper-Free Isn’t Enough: The Keys To Sustainable Web...
The Era Of Multimedia Engagement
Is Twitter’s Stock Move Overdone?
Why Does The Chancellor Refuse To Help The...
‘WandaVision’ Episode 1 Recap And Review: A Crackerjack...
How To Move From An Office To A...
Managing Customer and Vendor Relationships: 4 Things to...
Prince Charles Wants Companies To Raise £7.3bn For...
$3 Million Martian ‘Drone With Claws’ Set For...
Biden Will Push Congress To Pass $1.9 Trillion...
Home Technology MacBook Pro 13-Inch (2019) Under Stress: Heat, Fan, And Noise Control
Technology 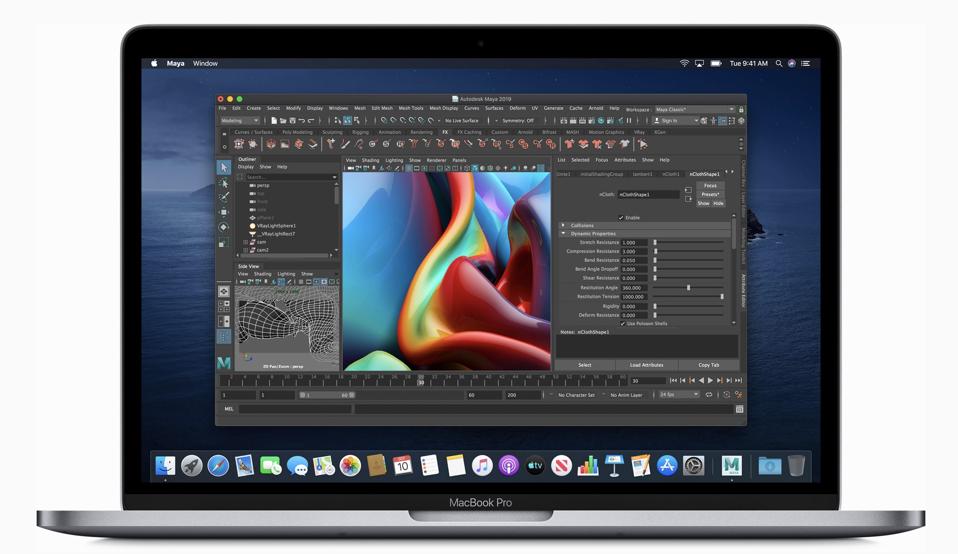 When the 13-inch MacBook Pro is running hot here are some ways to keep that extra heat under control.

My unscientific but practical litmus test is how hot the palmrest gets. The bigger (and newer) MacBook generally doesn’t get hot, even under larger workloads. The 13-inch, however, needs a little help sometimes.

Problem: On larger workloads (delineated above) the 13 MBP palmrest often gets too hot to work with comfortably. In other words, my hand is sitting on metal that’s radiating temperatures between 95 and 105 degrees F.

Solution: I’ve tried various fixes but the one that has been most consistently effective for me is Mac Fans Control. The program allows you to set CPU core temperature fan triggers and upper CPU core temperature limits. Or, alternatively, you can set custom RPM (revolution per minute) values.

The bottom line is, Mac Fans Control can bring down palmrest temperatures in many cases. Temperatures often drop enough that I can work comfortably for longer periods with large workloads.

Other solutions: there are other, simpler ways to fix overheating.

—A simple reboot sometimes does the trick because that will jettison background processes that may be unnecessarily gobbling up CPU cycles. This can be surprisingly effective. But it’s hardly a permanent fix.

—Or switching browsers: while all browsers are resource hogs, Chrome is notorious for the “Google Chrome Helper” that appears very conspicuously in Apple’s Activity Monitor utility eating up processor cycles and ratcheting up CPU core temperatures. This is not necessarily a permanent fix, though.

—Or you could also invest in a cooling pad — which is one of the most popular traditional fixes.

—Or opt for the 16-inch MacBook Pro which, based on my testing so far, handles bigger workloads just fine.

Noise: when the MacBook Pro 13 is doing something like video streaming or running a dozen or more Chrome tabs, the fans get active — even without a program like Mac Fans Control. But the fans do kick in a little earlier with Mac Fans Control than they would otherwise. That said, fan noise doesn’t bother me because it is barely audible and the duration is short.

Not for everyone: As a disclaimer, the Mac Fans Control program is not meant for everyone. Also, you run the risk of overtaxing your fans if you max out the settings — among other possible risks including breaking the warranty.

But I would also argue that a program like Mac Fans Control is necessary. Apple didn’t do its homework when, for example, the MacBook Pro 13 is hooked up to LG’s UltraFine 5K display (which Apple sells at its Apple Store — both online and physical stores). In short, some professional workloads break Apple’s thermal modeling. After all, the reason you purchase a MacBook Pro — with “Pro” being the operative word — is to run Pro-level software.

Anyway, proceed with caution. That’s what I did.

Harry Styles Holds At No. 1 For A Second Week While Four Christmas Albums Reach The Top 10