Breaking
How To Get Your Startup Business Off The...
How To Create A COVID Safe Construction Site
How to Make a Good First Impression at...
Plan To Buy An Electric Car? Is A...
Covid-19 Death Toll In U.S. Passes 200,000
Apple iOS 14 Has 25 Great Secret Features
5 Decisions That Will Increase Your Chances Of...
Coronavirus Is Shaping Up To Be Very Bad...
TikTok: Why Is Everyone In A Tizzy?
Is It Time For A Bank For Women?
As Israel Locks Down, Its Health Tech Sector...
California Increases Homestead Exemption In New Legislation
Buying The Bulge Is Dangerous
5 Strange Things Happening Right Now In The...
The Best Blogging Platforms (In-Depth Review)
How Will The Coronavirus Impact Your Finances?
How Xbox Series X Will Attempt To Avoid...
Virgin Orbit Seeking Over $100 Million As ‘Jaw...
How To Develop The Confidence To Launch A...
Home Technology Madden 21 Ratings: 99 Club Potentially Leaked With Four Members
Technology 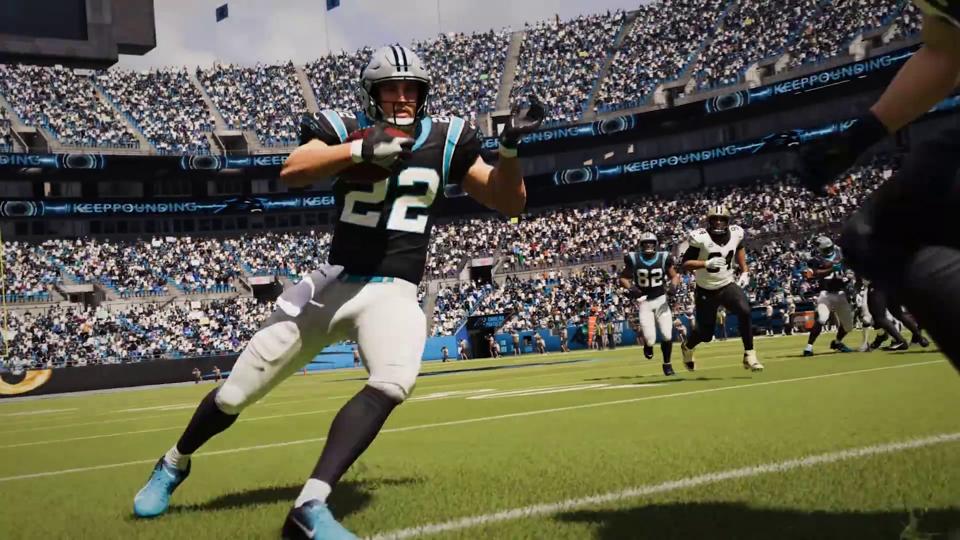 The unveiling of the Madden ratings began on Thursday and are set to continue on Monday and last through next week. However, it appears the members of the exclusive Madden 99 Club have leaked.

According to a screenshot taken posted by a Twitter user, there will be four players rated 99 overall to begin the Madden season.

The NFL’s first-ever $500-million man, Super Bowl MVP and former league MVP was also the Madden 20 cover athlete. You won’t find many arguments against him being given a maxed-out rating.

Mahomes could wind up as the greatest quarterback in history when he’s done, and that’s simply amazing considering he’s still just 24 years old.

The Carolina Panthers’ agile and versatile running back hit the top mark late last season, and will apparently start the 2020 season at 99 overall. McCaffrey has been in the league just three years, but he’s already rushed for 2,920 yards and racked up 2,523 receiving yards and a total of 39 touchdowns. He just turned 24, and barring injury, the next three seasons should be his best in the NFL.

Coming off a 2018 season that saw him lead the league in sacks with 20.5, Donald’s sack total dipped a bit to 12.5. That’s still a high total, and it came despite him seeing double and triple teams at time.

Donald continues to build his body into a seemingly impenetrable machine, which likely speaks to his durability. In six seasons in the NFL, Donald has missed just two games.

Donald would be the only player to repeat as a member of the 99 Club from the launch of Madden 20.

After Gilmore won the 2019 Defensive Player of the Year award, there was little doubt he’d be the highest-rated corner back in the league. He not only got the distinction, but he should also be getting the honor of being one of four players rated 99 overall at launch. Gilmore tied for the league lead in interceptions with six passes defended with 20.