Breaking
‘Remnant: From The Ashes’ Is Cheaper Than Ever...
Making America’s Trumps Pay Their Fair Share
Fortnite Season 4, Week 9 Challenges Revealed And...
Yesterday You Were Just A Business; Today You...
Should Your Company Help Get Out The Vote?...
Hyperautomation And What It Means For Your Business
Parker-Hannifin Crosses Pre-Covid Peak But Investors Set To...
6 Reasons Your Cold Messaging Efforts Fail And...
4 Analytics Categories To Track To Improve Your...
Predictions 2021: Cloud Computing Powers Pandemic Recovery
This Is Why You Need A Strategy In...
Economic Research Exposes Significant Flaws In DOL H-1B...
How Breast Cancer Turned This Entrepreneur Into A...
Bitcoin Price: What Next After Fresh Surge Toward...
Societal Platform Thinking
Trump And Biden Will Debate Suburbs’ Future To...
Home Finance Make AI Enhance Your Productivity—Not A ‘Surveillance State’
Finance 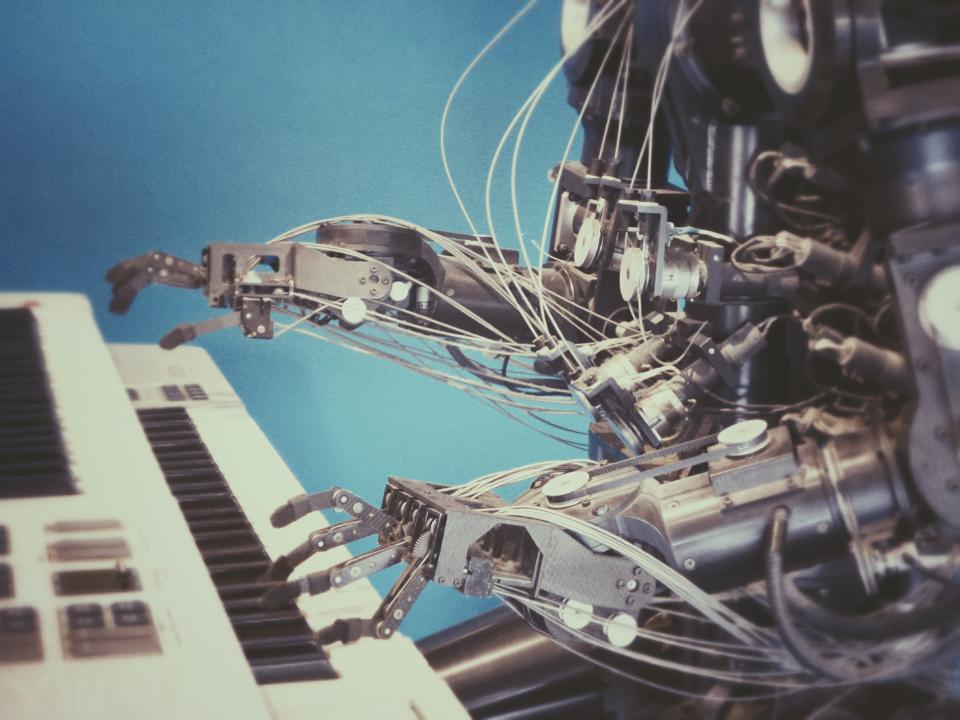 Photo by Frank V on Unsplash

Remote work has surged over the past four months as a result of the national and state quarantines. Many organizations have articulated their concern for maintaining productivity amid all these disruptions, according to a recent survey from Enaible, leading to the introduction of AI-driven tools that monitor performance and promote teamwork.

There is already plenty of evidence that technology is associated with gains in firm and organizational productivity. Researchers have also found that these gains require good management practices—simply adopting technology and letting it run does nothing.

But, what about the effects on well-being?

While the research on the productivity effects of AI in the workplace is only at its infancy, and applications of AI are so new, recent research of mine draws upon over a million individuals observed between 2008 and 2018 in Gallup’s U.S. Daily Poll to study the relationship between well-being and technological change.

But, what’s even more striking is that these beneficial effects are concentrated among managers who behave more like a boss. In this sense, technological change has a positive effect on well-being in the workplace, but is mediated by managers that are more structured. One possibility is that these managers are better able to take technological advances into the workplace so that technology is working for the employees—not the other way around.

Some people have been incredibly critical of these tools, arguing that they are leading to a surveillance state that erodes employee rights.

These concerns are not new. In 1911, Frederick Taylor published the Principles of Scientific Management, arguing that organizations should determine the optimal way to perform a job to improve productivity. Moreover, a 2019 report from the U.C. Berkeley Labor Center argued that “algorithmic management introduces new forms of workplace control, where the technological regulation of workers’ performance is granular, scalable, and relentless.”

But, these critiques overlook at least two fundamental details.

First, wasn’t there already monitoring in the workplace? We’re not comparing between a world where we can do whatever we want and one where we have rules—the purpose of work is to produce mutually agreed upon value. Of course, companies should not monitor personal information and non-work activity, but they have a right and responsibility monitor actual work.

Second, if these tools enhance productivity, aren’t they good for workers? Technological change has been the biggest driver of productivity growth, and productivity growth has been at least one of the main drivers of wage growth (although some debate it), so smart applications of technology in the workplace will help workers.

Moreover, my earlier results show that managers who behave more like a boss, rather than a “always nice push-over,” are the ones who help their employees weather technological change more effectively.

It’s not just about productivity. Imagine if employees could receive personalized mentoring through an intelligent system that observes their output and habits, making recommendations about how to improve? This would allow workers to live a more purpose-driven life.

Technology is not a threat to flourishing in the workplace. Just like any tool can be used for good or for evil, the emergence of AI tools in the workplace can deliver significant value if used appropriately.

EA UFC 4: 50 Things You Should Know Before You Buy The Game