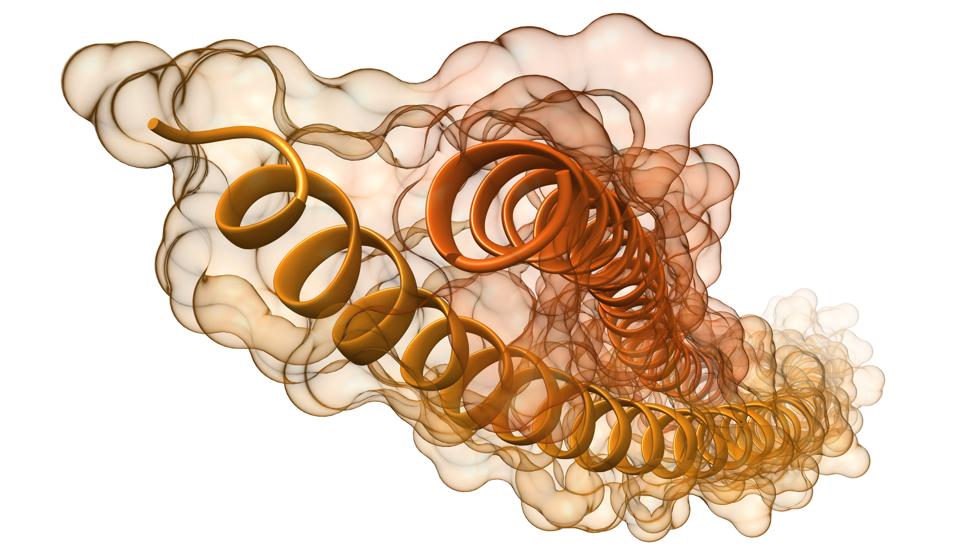 Proteins have repeated patterns, such as the alpha helices seen here in a keratin moelcule. … [+] Researchers at MIT have turned some of these patterns into music, and trained a neural network to produce music for entirely new proteins that don’t exist yet.

Turning music into proteins sounds more like a party trick than serious science, but it’s allowing researchers to create entirely new proteins, and that’s not a simple task.

To be able to form these shapes, the amino acids need to follow certain patterns, but with 20 different ones to choose from for every location, there are a lot of different combinations, and it’s not easy to figure out which patterns are allowed and which are not.

Yu and Buehler then turned these new music patterns back into proteins. These were proteins that didn’t exist before, but they appeared to be stable, and folded in similar ways as naturally existing proteins.

Certain types of folds and turns occur regularly in proteins, and these repeating shapes were encoded in the music. One of these shapes is an “alpha helix” — a coiled section of a protein. The music segments that were used to train the neural network all came from proteins with many alpha helices, so the AI-generated music also corresponded to proteins with several alpha helices.

Why would you want to make entirely new proteins? In a press release accompanying the publication of this work in APL Bioengineering, Buehler suggested that this method could be used to create entirely new biomaterials, or to edit existing enzymes, for example.

If you’re curious what protein music sounds like, Buehler has listed several proteins’ music on Soundcloud, including a musical representation of the protein structure of the spike protein of the coronavirus responsible for COVID-19.

Cuomo: New York Quarantine Would Be ‘Federal Declaration Of War’

Get In On The Latest Wine Trend: Virtual Tastings

A Strong Ubisoft Connection Bodes Well For The...