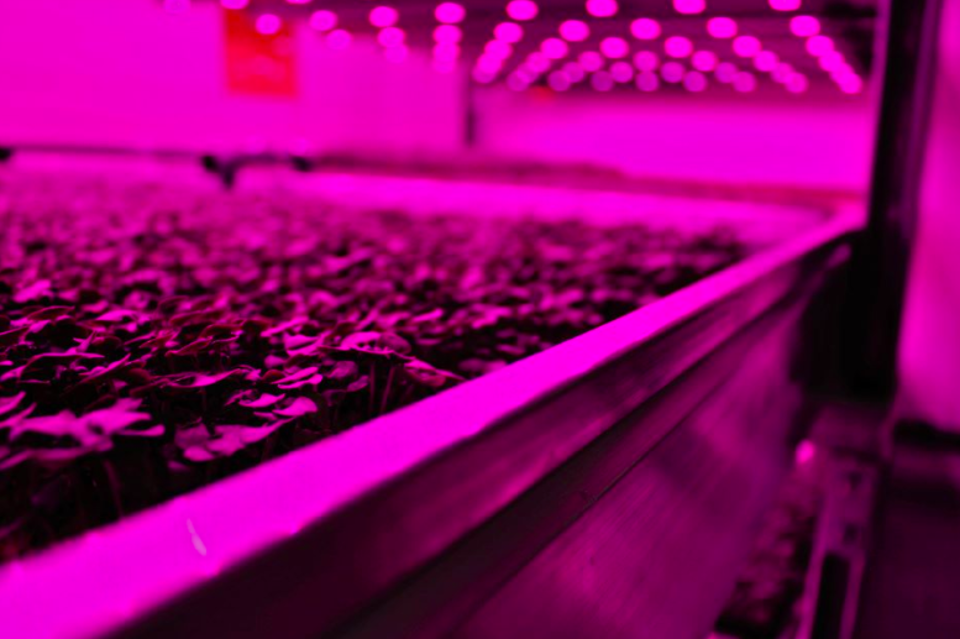 British-based husband and wife team Jamie and Marie Burrows founded Vertical Future with aims of being “the largest urban vertical farming company in the U.K.”

The company has one active production site which has been operational for three years and services more than 100 food establishments in London.

Jamie says this, combined with increases in population and urban population density, has led to a “steep rise” in the number of vertical farming businesses, primarily in urban areas.

There were no vertical farms as recently as 2010; as of 2016 there were 2.3 million square feet of indoor farms worldwide. 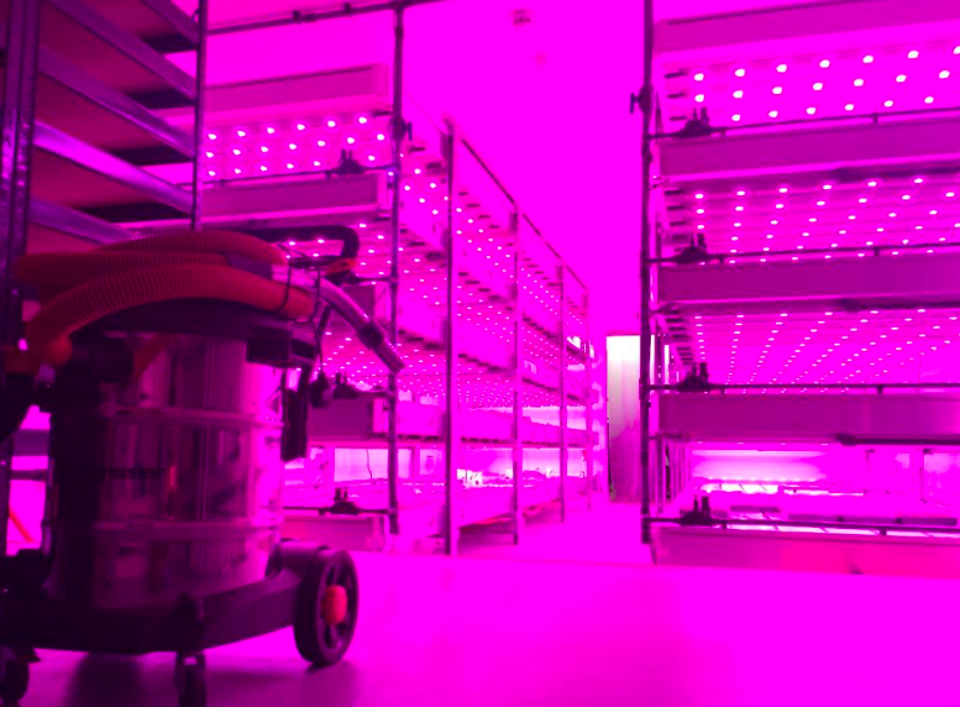 Inside a Vertical Future farm

Vertical Future is building two further sites which are due to open in May and July this year.

Initially, the pair struggled to build a customer base, as they had an “unproven product and business model.”

“Our customers really had to take a risk on us,” Jamie adds. Capital and cashflow were also an issue, and the couple leveraged their home to facilitate a bank loan.

Vertical farms use a fraction of the water that conventional farms use; around two to four liters of water to grow a kilogram of vegetables in a vertical farm compared to 60 liters in a field in the Mediterranean field.

“Food security is another key contributor to the rise of vertical farming, as well as political circumstances, which make local food production key for the U.K.,” says Jamie. “Moreover, with climate change afoot, vertical farming offers a unique set of solutions, growing produce independent of seasonality and other external, market-led forces.”

The pair set up the company in September 2016 with a mission to improve health in cities. “Our team works nights to ensure that all produce is freshly harvested, and our delivery team, leaving at 6am each morning, utilizes only sustainable methods of distribution–from on foot through to e-bikes and public transport.”

No pesticides or herbicides are used in growing the crops, and the company is completely plastic-free, and concentrates on minimizing waste and water utilization.

“In an age where transparency and control is everything for customers, we offer an unrivalled service where customers can–within reason–specify their chosen flavor characteristics and aesthetic preferences for certain products, with our team then tailoring growing methods to meet demand.”

In the future, Jamie hopes this will extend to encompass nutritional content in leaves.

A recent round of fundraising meant the company could afford an eight month-long prototyping process to test new technologies.

“Beyond this, we’re already in a number of advanced commercial discussions to expand our footprint into different geographies, industries, and ecosystems. In three years, we expect to have as many as 10 sites operational.”

U.S. Evacuates Citizens From Quarantined Coronavirus Cruise Ship. What’s Next For The Evacuees?

Moon Hides Mars Then Itself As A ‘False Dusk’ Glows: What You Can See In The Night Sky This Week

First Do No Harm: We Need More Ventilators...

6sense And V2MOM: A New Approach To Marketing

15 Smart Ways To Cut Through The Noise...

Get A Killer Innovation Strategy In Just 3...

3 Steps For Succeeding In Account-Based Marketing

The Bright Side Of Covid-19: Seven Opportunities Of...