Breaking
Three Essential Components of a Successful Small Business
Pandemic Pet Adoptions Add To Chewy’s Tailwinds, But...
How to Use LinkedIn’s Social Selling Index Like...
Strong Revenue Trend Could Drive EXACT Sciences Corporation...
9 Things To Know Before Starting A Business
‘Game & Watch: The Legend Of Zelda’ Will...
The 9 Fundamental Components Of A Startup Pitch...
How to Get Results from Broken Link Building
Florida Supreme Court Tells The American Bar Association...
How to Write Perfect Paid Social Media Marketing...
How Restaurants Can Design a More Sustainable Food...
Expenses That Small Business Owners Need to Be...
How You Can Make Saying Goodbye To The...
Biden To Meet Royal Family At Cornwall’s Eden...
It’s Going To Be Emotional — Going International...
Peer Mentoring For Students: STEM & Buds
Home Technology Malicious Android Login Hack: If You Have Facebook On Your Phone, Look Away Now
Technology

Malicious Android Login Hack: If You Have Facebook On Your Phone, Look Away Now 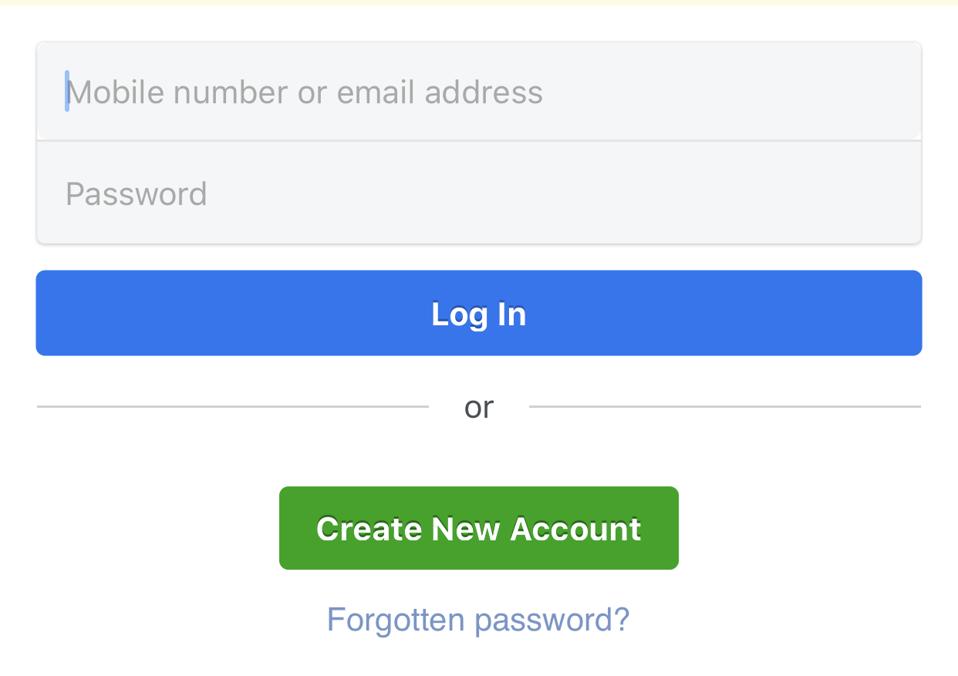 Another stark reminder this week for millions of Android users to beware what they install from the Play Store—it is no guarantee of safety or security. Despite Google’s gallant efforts to purge its store of malicious malware and fraudulent adware, the shop window for most Android users’ devices is far from a safe haven.

Now a raft of 25 applications has been dumped from the Play Store after tricking Facebook users into giving up their security credentials. With a user’s Facebook credentials in hand, an attacker can log in and then target that user’s friends and colleagues with believable, socially engineered hacks: Requests for money or assistance, sharing dangerous links, sending malware-laced attachments.

The research team at Evina disclosed the threat and engaged with Google to have the apps removed from the Play Store. These apps were designed as droppers to infect target phones with malware that was coded to listen out until a user opened a Facebook app. Then, as soon as that happened, the malware loaded a browser and navigated to Facebook’s login window. As the unsuspecting user types in their details, these are copied by the background malware and sent to an external server.

It really is as simple as that.

The image below shows the foreground browser that has been loaded by the malicious malware, while the app the user has opened can be seen behind. A user will quite obviously assume that the Facebook app which they opened has in turn opened the browser. Well, they’re half right. The problem is their credentials can be quickly stolen and there’s every chance they will be totally oblivious to this. 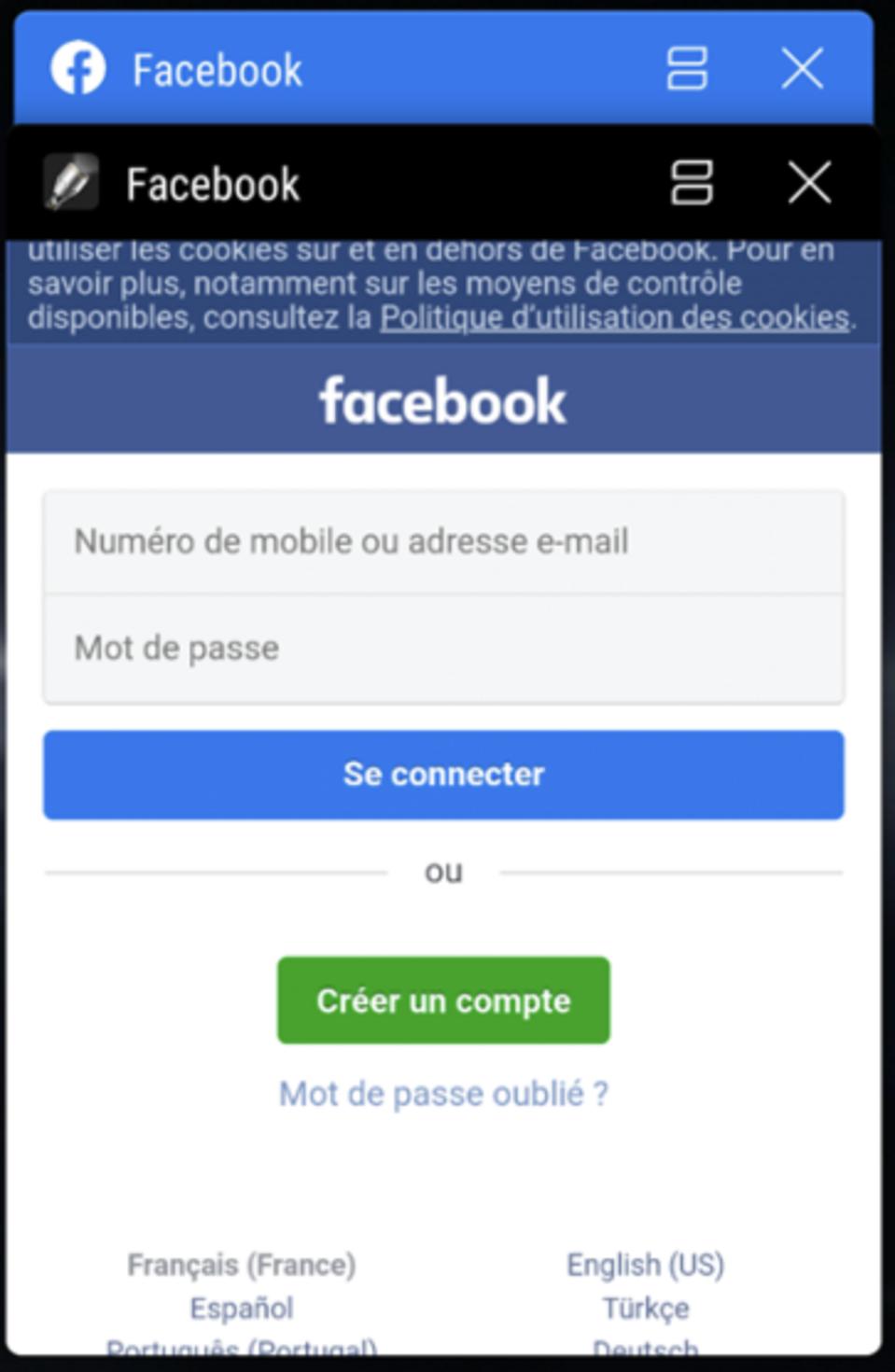 The 25 apps had secured more than 2 million installs before they were caught and removed from the Play Store—that’s a lot of potential credential theft. The malicious code was common across all apps, the implication being one set of operators and one common command and control setup behind the scenes.

The typical concept of operation for such threat groups is to hone a malicious code model and then include it in multiple apps, increasing their attack vector before the malicious code is found and stopped. Those malware strains can then be added to the long, long list of such code samples that are used to filter new and existing Play Store apps for known threats.

Users should not need to take any action given Google has now stepped in. But it’s worth checking the list of apps below, and if any are on your phone then delete them anyway. If you do have one of these apps, you should also check your Facebook account for any unusual activity and change your password.

Suffice to say, if you have two-factor authentication (2FA) enabled then you cannot be caught by a threat such as this. If you do not have this enabled on your Facebook app/account, then please, PLEASE enable this now. There really is no excuse these days for not making use of such tools to keep you safe.

There’s an issue here for Google—more malicious apps slipping the security net, although they quickly deleted the apps when the issue was disclosed. There’s also an issue for Facebook to either mandate 2FA or consider how to prevent browser-based access from a smartphone where a user normally logs in with their app. One thing is clear, a hack such as this should not have been this easy to execute.

Both Google and Facebook have been approached for any comments.

The malicious apps are listed below: 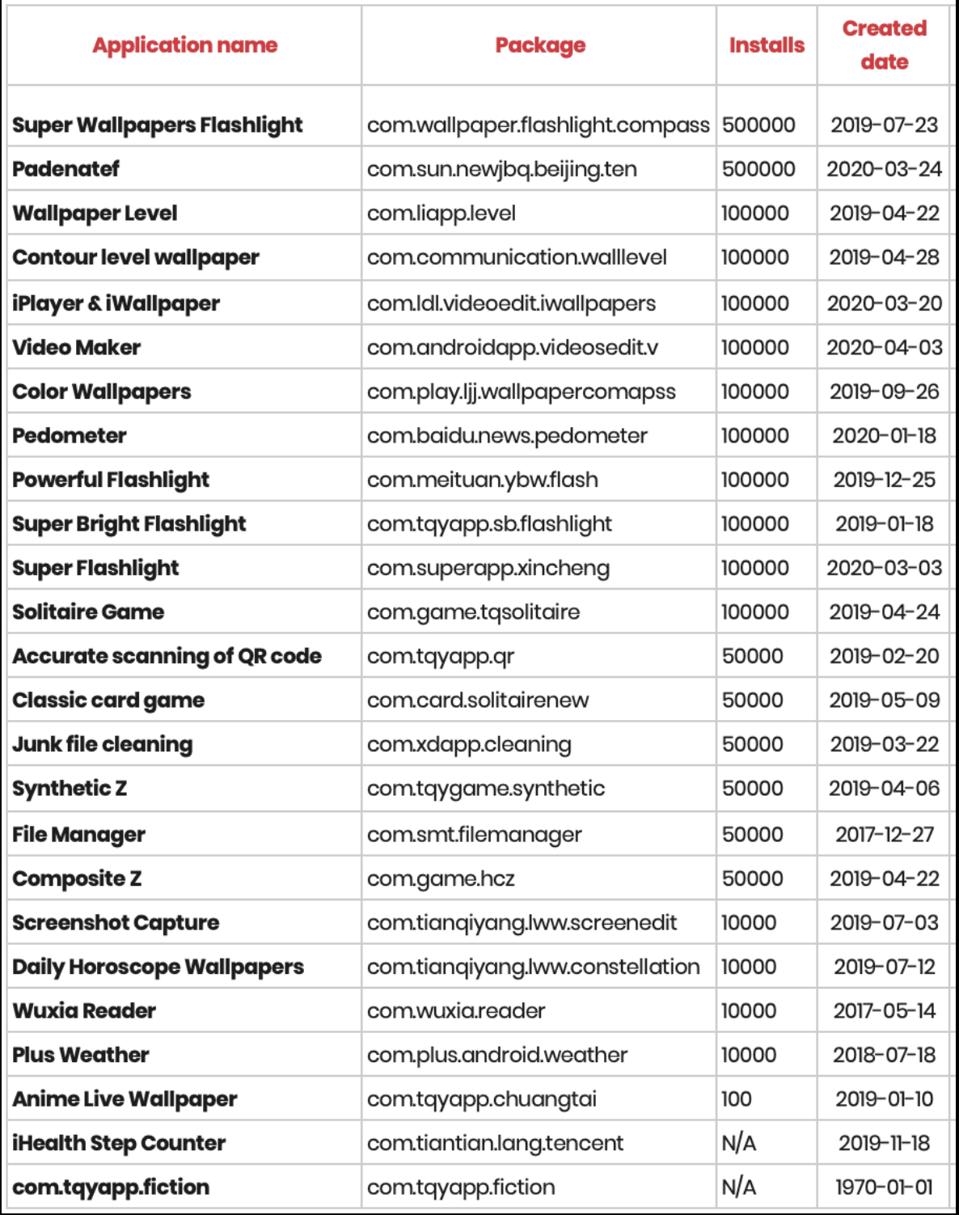