The closed staff cafe on the production floor at the closed Vauxhall car factory following the … [+] COVID-19 outbreak. (Photo by Colin McPherson/Corbis via Getty Images)

The Confederation of British Industry (CBI) announced today that its quarterly gauge of manufacturing optimism in the UK fell to -87 in Q2 2020 from +23 in Q1. This is ground shaking statistic as it is the lowest observation on record. (Observations began in the 1950’s).

Silence On The Shop Floor

The U.K. manufacturing base has undergone a sharp decline in activity during the lockdown as measures designed to slow the spread of COVID-19 started to bite. It just adds to the declining trend of manufacturing production in the U.K. which has been in broad decline since late 2017.

There has been an ongoing cyclical nature in British manufacturing in which the time span between peak and trough runs on average at approximately 3-years according to data from the Office for National Statistics (ONS). However, the country has entered a new and more serious collapse.

The IHS Markit INFO /CIPS U.K. Manufacturing PMI fell to 32.9 in April of 2020 from 47.8 in the previous month, and below market consensus of 42.0, a preliminary estimate showed. The latest reading marked the steepest month of contraction in the sector since the survey began in 1992.

The sharpest drop in output was registered in the textiles & clothing sector. That reflected a decline in demand from the retail sector. Worst hit was the transport sector, including automobile production which reported an especially steep decline. New car registrations plunged by 44% in March, a steeper fall than during the financial crisis as sales were lower by 203.000 on March 2019.

This is serious worry as March is traditionally one of the strongest months of the year for new car sales because of the release of new number plates. However, this was the weakest March since the late 1990’s. 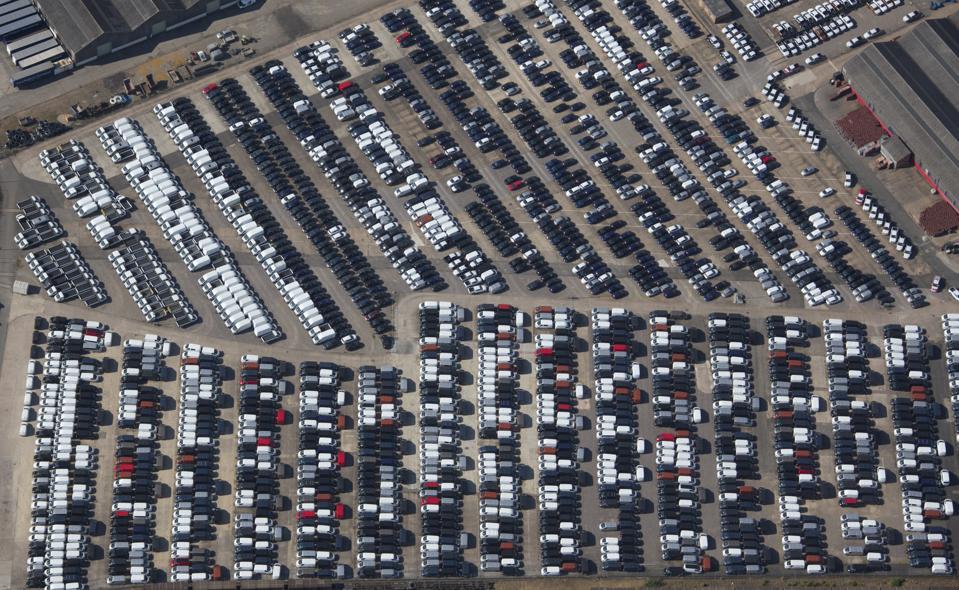 Looking ahead, many in the manufacturing sector expect output and orders to tumble in the weeks ahead. Employment in this sector is seen contracting the most since 1980 and even if there were a sooner than expected lifting of the lockdown rules, it will take several months before demand is back in place.

There are large holes appearing in investment spending plans for the next year with many manufacturing firms feeling particularly anxious about current and future cash floor. They are naturally, holding reservations about taking on new debt or even if suitable finance will be available.

The economy could contract as much as 35% in the second quarter of this year. That would be the worst contraction since records began in 1956 according the Office for Budget Responsibility (OBR).

The forecast has been formulated by assuming that the shutdown lasts for three months followed by period of similar duration during which restrictions are partially lifted. The OBR also said that the country’s budget deficit could hit £273 billion, ($222 billion). This would be 14 % of GDP and the biggest since World War Two and see debt to GDP soar past 100% for the first time in the country’s history.

“The public finances data for 2019/20 has been overtaken by recent events with the Government pledging significant fiscal support to businesses and household affected by coronavirus to help protect the economy as much as possible. Indeed, the EY Item Club suspects that the budget deficit will exceed £200 billion ($246 billion) in 2020/21.”

In March, the chancellor, Rishi Sunak announced a £330 billion ($405 billion) bailout for businesses as wartime measures were adopted to battle the coronavirus pandemic. He scrapped business rates for a year and made available cash grants for high-street outlets hit by a collapse in customer footfall.

As a result, the Center for Policy Studies (CPS) takes a more worrying view of the U.K.’s finances as it sees the full package of government ledges amounting to a deficit £300 billion ($369 billion) or 15% of GDP.

In March, consumer confidence was booked at -34, given that the damage to the economy and the impact on living standards will be worse than that seen in 2008 during the global financial crisis this may well fall past the reading of -39 seen in February 2009.

Breakdown Of Delta’s 325 Parked Aircraft, With 150 More To Be Grounded By June

COVID-19 Self-Care: 7 Ways To Indulge Yourself Without...

After $0 Brokerage Fees, Which Other Financial Products...