Home Business Maradona: Messi ‘Couldn’t Do What I Did’, Following Barcelona-Napoli Draw
Business

Maradona: Messi ‘Couldn’t Do What I Did’, Following Barcelona-Napoli Draw 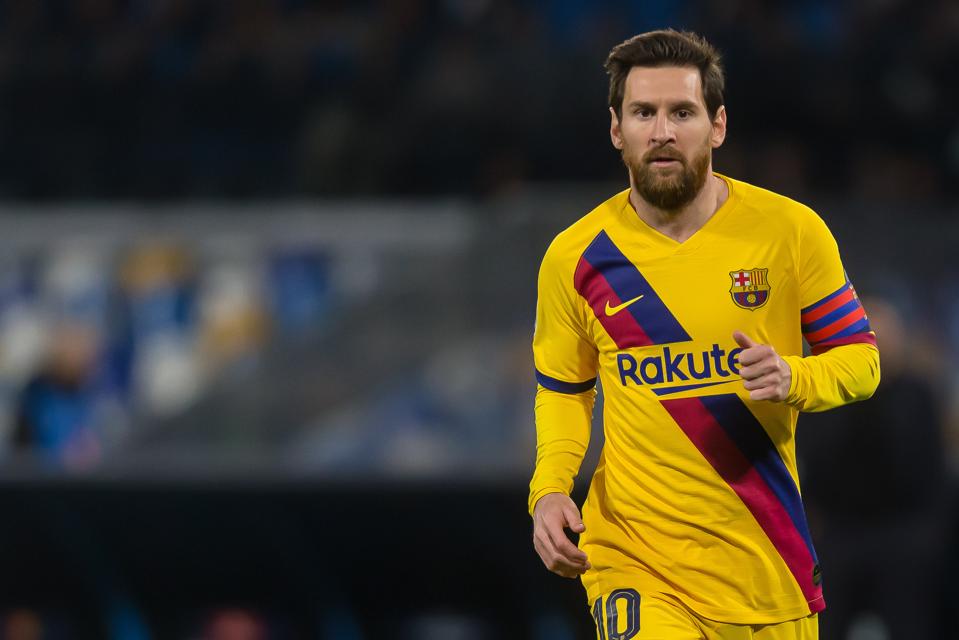 NAPLES, ITALY – FEBRUARY 25: (BILD ZEITUNG OUT) Lionel Messi of FC Barcelona Looks on during the … [+] UEFA Champions League round of 16 first leg match between SSC Napoli and FC Barcelona at Stadio San Paolo on February 25, 2020 in Naples, Italy. (Photo by Harry Langer/DeFodi Images via Getty Images)

It had been talked up as the night that Lionel Messi finally entered the temple of Diego Maradona; the house that El Pibe built, if you will.

Indeed, prior to FC Barcelona’s clash with Napoli at the Stadio San Paolo, in the Champions League last 16, the Argentine World Cup winner had seemed to give his blessing to his compatriot gracing the turf on which he made his name in club football.

Calling him a player with “enormous talent” and “a very good boy” to Il Mattino, the 59-year-old advised that his fellow number 10 “must continue his career and his life knowing that he is the best football player today”. “I enjoyed watching Leo with Argentina in every game,” it was said, of the six-time Ballon d’Or winner he oversaw as coach of La Albiceleste at the 2010 World Cup.

It was also confessed that he had “given everything to Napoli and Napoli [had] given everything to me showing its affection” by the honorary citizen of Naples, who felt more affinity to its local side than Barca, who he fled to Italy from in 1984. “They [the 1980s] were great years for the team and for Argentina. We managed to win the [Serie A] championship, the UEFA Cup and the World Cup,” Maradona pointed out.

Yet more attention should have been paid to his wish that Messi “didn’t play a great game against Napoli” – which he in fact did not.

As highlighted in the above tweet by a noted Cristiano Ronaldo fan, Messi failed to register a single shot on target last night in the first leg tie while completing just two of his attempted seven dribbles and losing possession on no less than 15 occasions.

A disappointing show fresh off the back of scoring four against Eibar on Saturday, it was thanks to a 57th minute equaliser from Antoine Griezmann that the Blaugrana’s blushes were spared and both a draw and vital away goal were taken back to the Camp Nou.

And now, it seems, Maradona has in part turned on the Catalans’ skipper, stating in the mixed zone prior to his current side Gimnasia de La Plata’s cup match that Messi “couldn’t do” what he did in the 1980s by taking Napoli from obscurity to the highs of the mentioned silverware haul towards the end of the decade.

“I would have liked to have faced Messi,” he admitted. “[But] he arrived at a San Paolo in decline. Messi has never lived what I experienced, but he can play safely in Naples,” it was added; a nod to instense scrutiny Maradona lived under in the city where his every move was monitored.

“He couldn’t do what I did, let’s clarify, but I’d like the Neapolitans to have a Messi,” he finished.

Able to walk in the summer on a free, there have been sensational rumours that the La Masia academy product – unsettled by public rows with sporting director Eric Abidal and president Josep Bartomeu – could still wind up in Serie A.

If coming to fruition however, this would be as a rival to Maradona’s beloved Sky Blues by joining forces with Ronaldo at Juventus or alongside national teammate Lautaro Martinez for Inter Milan.

3 Trends Changing The Way We Age

Must Have Exec Ed: Matching Business Models With...

Here’s Where You’ll Be In Five Years

Trippie Redd Charts His First No. 1 With...