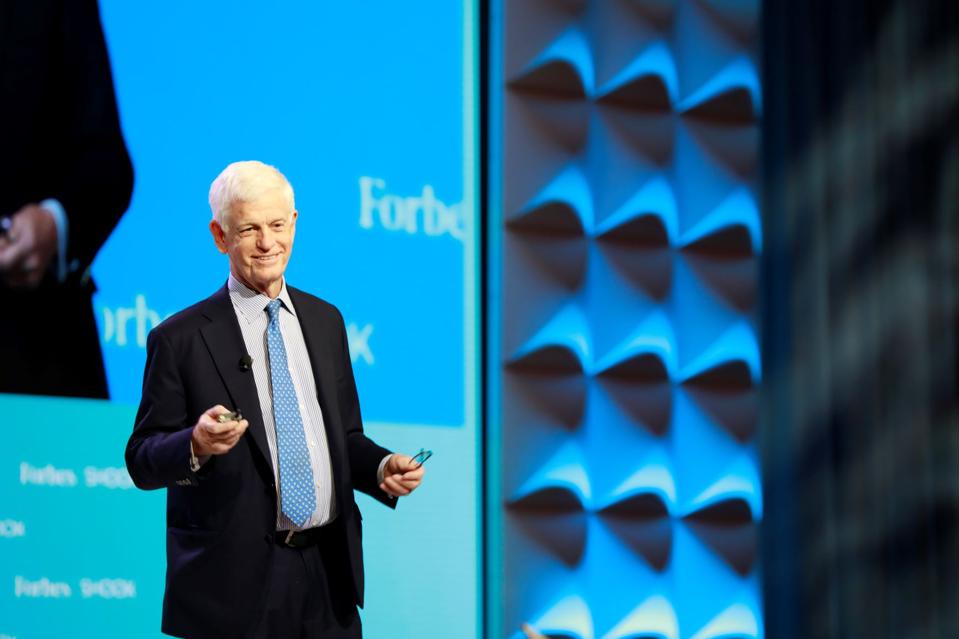 In a lively presentation before a sold out audience of top tier wealth managers, Mario Gabelli, founder and CEO of $34 billion GAMCO Investors and owner of Gabelli Funds, pushed back on the idea that active management was dead, invoking Mark Twain’s oft-quoted remark: “Reports of my death have been greatly exaggerated.”

Gabelli’s message to the 1000 or so top advisors in the room at the Wynn Las Vegas — who control more than $1 trillion in assets— was clear: “everyone in this room is a value add,” he said referring to the personalized service most advisors provide as well as their ability to provide a disciplined approach for nervous clients. “You all know that client that in the middle of October of last year called you and said they were nervous about the markets and asked to lighten up equity exposure and then called six weeks ago and said what were you doing with my portfolio, keeping it in such liquid form.”

Gabelli advocated for a what he described as a “P,P,P” list of investment opportunities, highlighting planet, people and potential. Staying on the theme of “P” he highlighted the dichotomy of plastic being the hot investment when he was in business school versus today when the hot investment is ways to replace plastic, citing the stock growth of Ball Corporation. In similar planet focused investment, he mentioned plant-based protein, and green power including wind, solar, battery, and transmission, citing Warren Buffet’s recent annual report to investors that praised wind power.

Gabelli also advocated for investing in companies that service the pet industry (Gabelli launched a Pet Parents Fund in 2019) , with 94 million cats and 90 million dogs as pets in the United States, as well as online gambling which he said was “going to happen at an accelerated rate, you can bet on it.” Gabelli also heaped considerable praise on Amazon CEO Jeff Bezos, comparing him to Henry Ford.

Following two days of large losses in the stock market, Gabelli said this was the market “doing what it is supposed to do, and that is, have some challenges.” However, he said that it still remains unclear how serious the fallout from coronavirus could become.

Gabelli also pitched NYSE-listed Madison Square Garden Company, owner of the New York Knicks and Rangers teams as a good value for investors. Two years ago when he spoke at the Forbes/SHOOK Top Advisor Summit, he recommended the entertainment company and since then its stock is up some 24%, versus 14% for the S&P 500.

This doubling down on the recommendation to invest in Madison Square Garden comes with the company investing more than a billion dollars in a new music and entertainment venue called the MSG Sphere. The venue will be just steps from where Gabelli was speaking as part of The Venetian resort in Las Vegas and is slated for a 2021 opening. Additionally, MSG is in the midst of a spin off of its entertainment business from its sports business, approved by the company board of directors in November and set to be completed during this quarter.

In discussing this recommendation, Gabelli made mention of the New York Knicks being in the midst of yet another losing season following a disappointing offseason in which hopes and rumors of adding top-level talent like Zion Williamson and Kevin Durant never came to fruition. As a prime example of the potential resilience of the investment in Madison Square Garden, the Knicks on-court failures have not translated to financial repercussions with the team recently being named the most valuable team in basketball at $4.6 billion, according to Forbes.

Pick Halliburton Over Chevron To Play The Oil...