Home Technology Mars As You Have Never Seen It Before In 1.8 Billion Pixels
Technology

Mars As You Have Never Seen It Before In 1.8 Billion Pixels 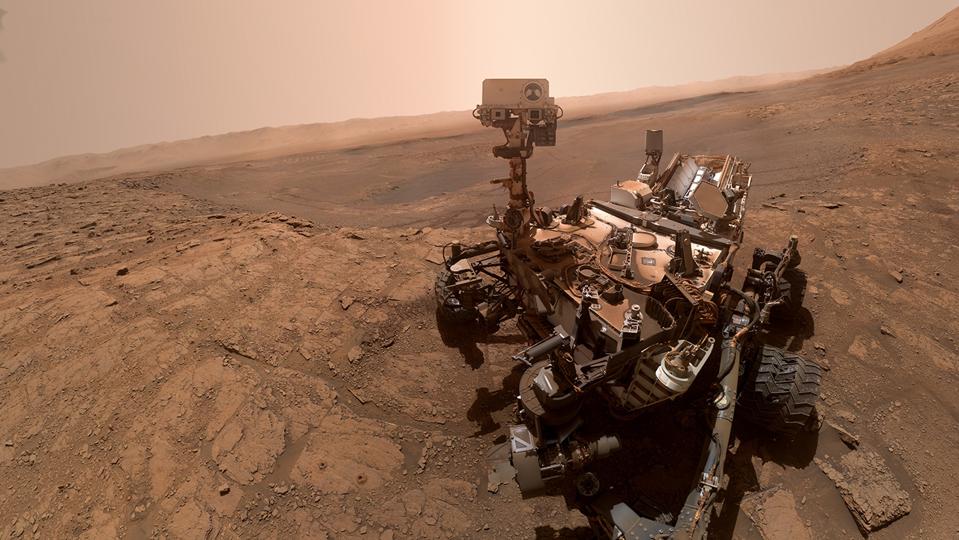 NASA’s Curiosity rover on Mars has captured the most detailed ever panoramic images of the red planet.

The image (below) is composed of over 1,000 images snapped between November 24 and December 1, 2019, but has only now been published by NASA. The incredible image—which shows a panorama of the Glen Torridon a region on the side of Mount Sharp that Curiosity is now exploring—took more than 6.5 hours of exposures over four days.

The photos were taken between noon and 2 p.m. local Mars time each day to ensure the lighting was consistent in the final panorama.

NASA has also published a special tool that allows viewers to zoom-in on the incredible panorama. The image can also be downloaded as a 74.7 MB file.

The image—compiled since December 2019—was taken using the telephoto lens on rover’s Mast Camera. Its medium-angle lens was also used to produce a lower-resolution 650-million-pixel panorama that includes the rover’s deck and robotic arm.

The images were taken over Thanksgiving in the US. “While many on our team were at home enjoying turkey, Curiosity produced this feast for the eyes,” said Ashwin Vasavada, Curiosity’s project scientist at NASA’s Jet Propulsion Laboratory, which leads the Curiosity rover mission. “This is the first time during the mission we’ve dedicated our operations to a stereo 360-degree panorama.”

This image is a scaled-down version of a full-circle view which combined nearly 900 images taken by … [+] NASA’s Curiosity Mars rover. It shows Curiosity at the “Rocknest” site where the rover scooped up samples of windblown dust and sand. Curiosity used three cameras to take the component images on several different days between Oct. 5 and Nov. 16, 2012.

Curiosity also took a 1.3-billion-pixel panorama using its Mast cameras in 2013 (above), which was also published by NASA with a pan-and-zoom tool.

The Curiosity rover was launched from Cape Canaveral on November 26, 2011 and landed inside Gale Crater on Mars on August 6, 2012.