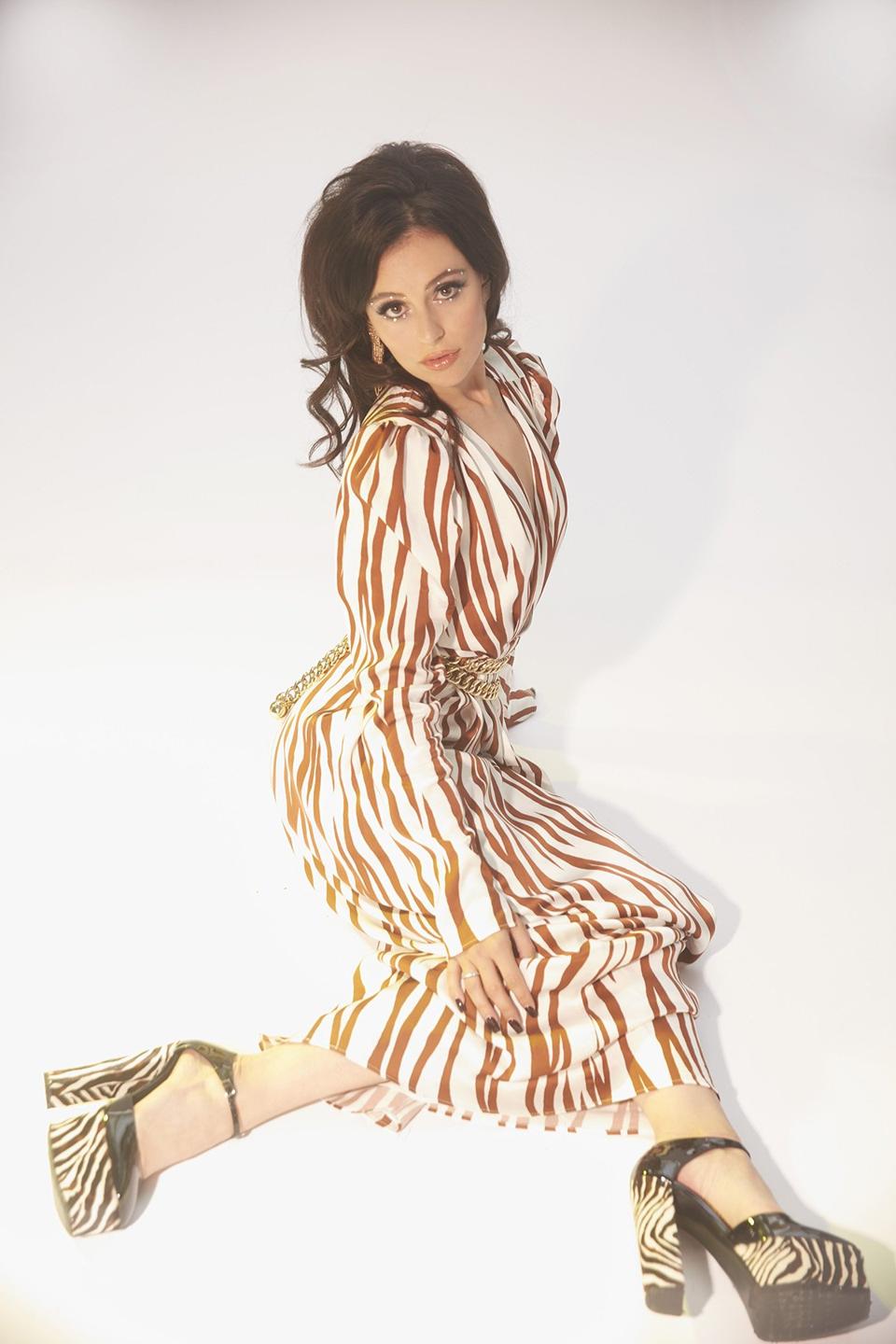 Marta Pozzan’s first capsule collection with AFRM, AFRM x Marta Pozzan, launched just in time for the holidays. The Italian content creator and actress wanted to create more than just a wardrobe, but a positive message to her fans and followers. AFRM, which stands for affirmation, is known for writing positive messages on their tags and packaging to uplift the women wearing the clothes. “I love the idea of filling our lives with positive and meaningful affirmations; it’s very important to me as a creative to also give that message to my followers and to remind them that we’re humans before anything else. We should all respect each other and uplift one another,” shared Pozzan on the message of her collaboration. The collaboration was inspired by Pozzan’s eclectic European background with colorful prints and unique designs. 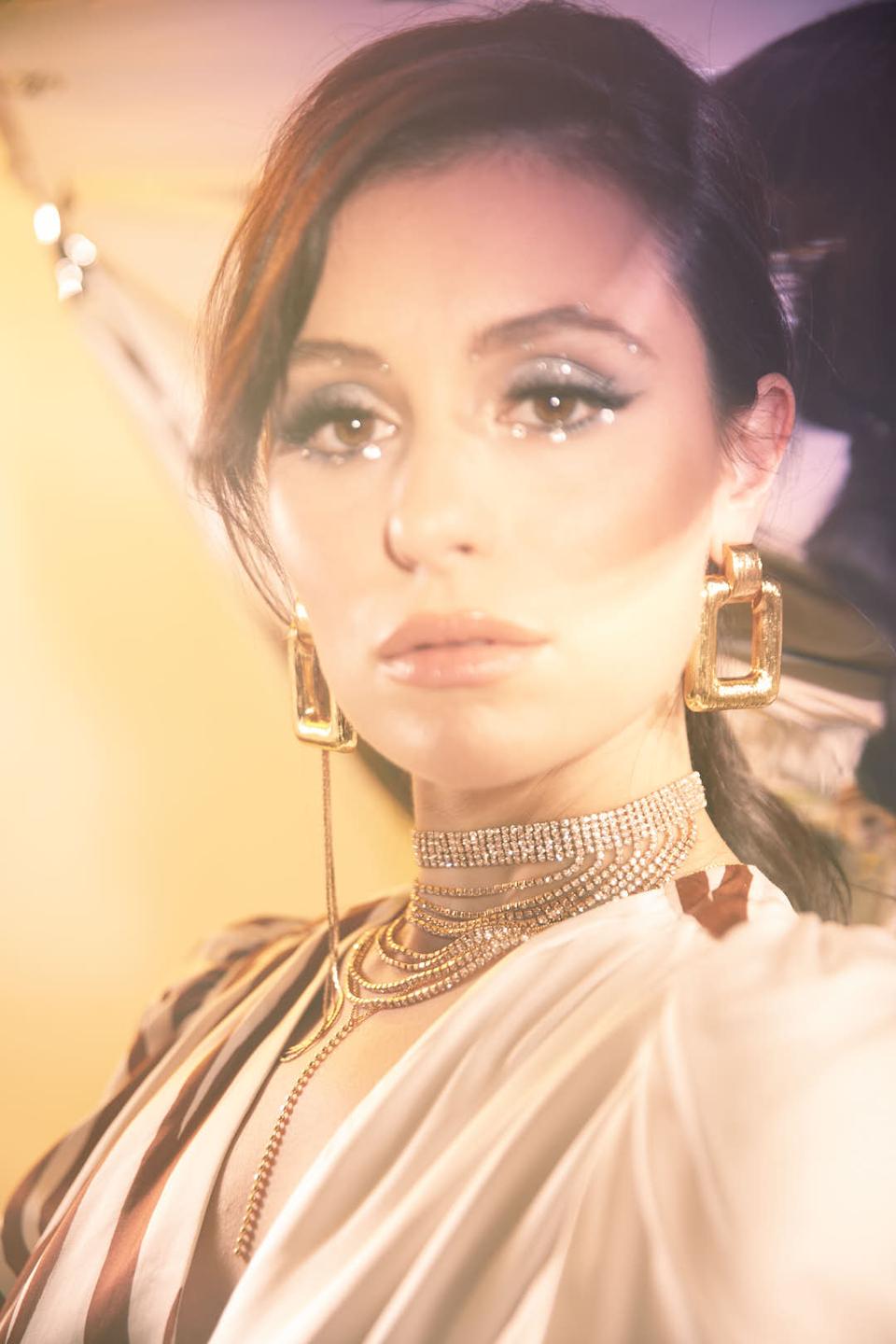 Before Pozzan became a designer or graced the covers of Elle, she got her start as a ghost writer for a Vanity Fair in Milan, Italy. “Fashion has always been everything to me and working for Vanity Fair taught me so much about designers, the publishing world and creative writing too. Then they had me host little fashion segments for their YouTube channel and that’s when I realized I wanted to do more on-camera work and so after graduating from college I came to Los Angeles, went to acting school for a year and then social media took off and brand partnerships became my thing,” explained Pozzan on how she grew her social media following to over half a million followers.

Social media transformed Pozzan’s career for the better and allowed her to garner new opportunities that wouldn’t have been presented to her otherwise. Although influencers have become more common over the last few years, Pozzan finds that many people do not understand what her job is. So when TEDx asked her to speak with Oretta Corbelli as digital creator she felt sharing her experience with social media would bring help bring awareness to the industry for those not familiar. “I feel like a lot of people ask me on a daily about my job and how it works so it only felt natural to want to explore the topic on a TEDx talk! Also I feel like TEDx brings so much credibility to the table that it made total sense to want to discuss certain aspects of my career on it as it will perhaps be seen by some of the non-industry people out there as something more official and legitimate,” said Pozzan. 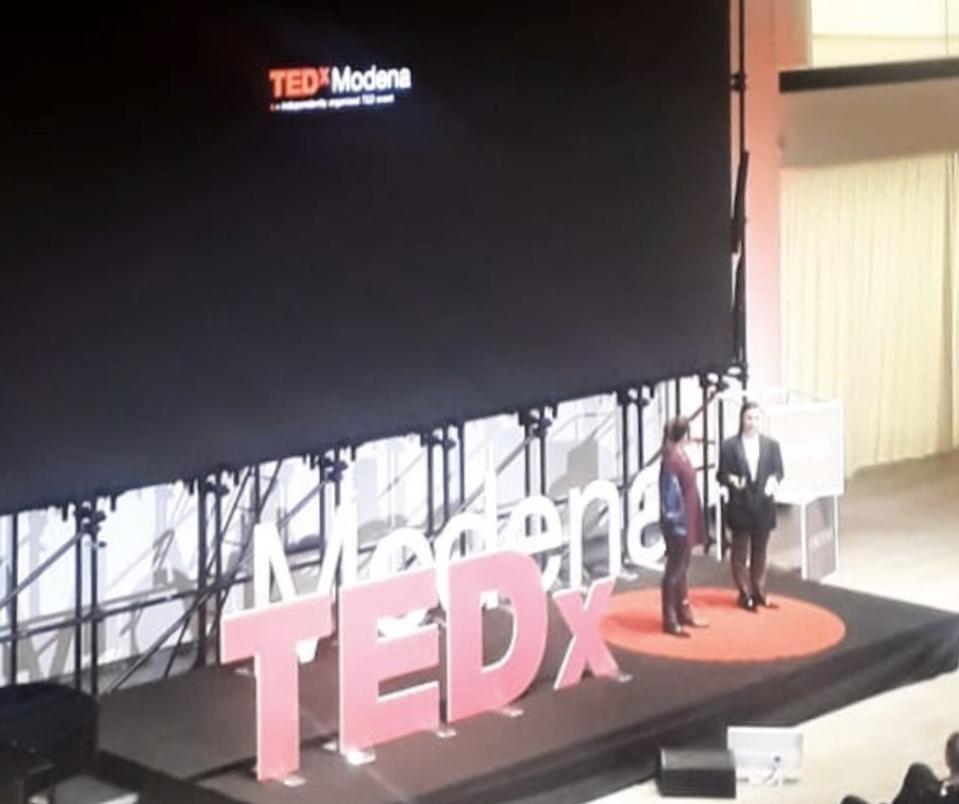 Pozzan also felt it was important to highlight how positive social media can be when used correctly, “I think if you have a good foundation as a human (which includes education, self awareness and basic social skills) you can do so much good on social media: become your own boss, have your own brand, do charity work, support other people’s business, share your work as an artist, and so on. And the beautiful thing is that if you have a voice and you put it out there anybody can hear it and relate to it and that’s how you create a community and awareness around topics that need to be talked about.”

For Pozzan using social media has helped her connect with people around the world to bring important issues to light such as mental health. As far as the “fad” of influencers, Pozzan doesn’t see the industry going anywhere anytime soon, “There are so many unique and special voices that have helped, inspired and motivated people out there and if they keep doing that in the truest form of what the word ‘influencing’ means I don’t see why they would fade. Influencers bring more approachability to their audience as they’re not yet fully perceived as traditional celebrities and that’s a pretty impactful aspect of how influencers are beneficial to brands.”

Advice To Women On Bridging the Retirement Savings Gap

Five Ways To Build Your Innovation Muscles In...

What Does The CEO Of An Early-Stage Startup...

Beware The “Shock Market”: How To Think And...

How The Best Leaders Enable Confidence To Triumph...