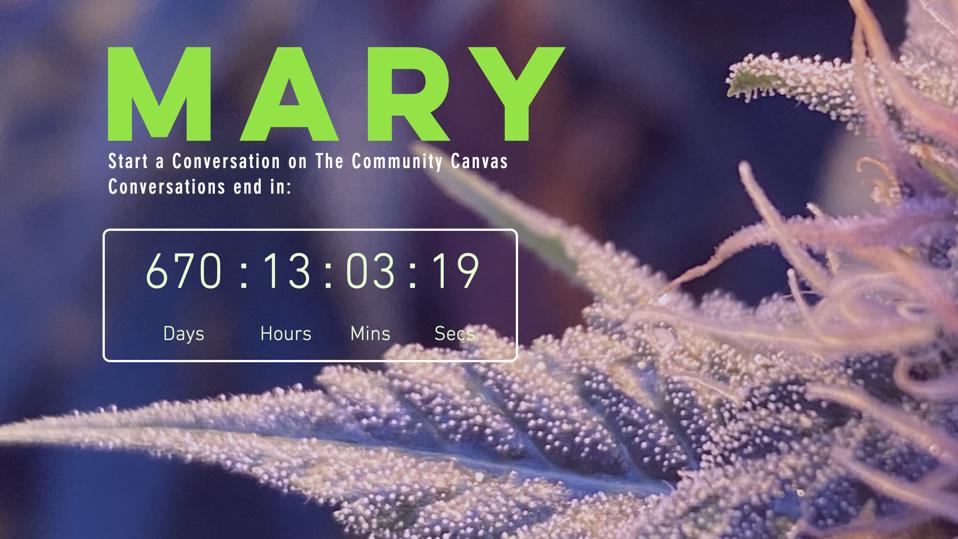 I just spent a few days down in Miami Beach at Benzinga Cannabis, the business and arts conference that represents the metric-driven intricacies in the effervescent and wildly entrepreneurial industry of cannabis.

I attended Benzinga, not knowing anything, but I did come with an open mind.

I was not looking for financing or the next great thing for once. I wanted to see what other creatives were doing in the business of cannabis space. Listening to and learning from these intellectuals and entrepreneurs was humbling and enlightening to say the very least.

While I was there, I connected with a group of virtually non-stop, energetic and determined artists who are documenting all corners of the cannabis industry. And digging deeply into this multi-dimensional event (Benzinga) are these creative folks who are documenting the intricacies of the plant.

Here is their White Paper

I was a film major at Emerson College back in the 1980’s. Once I had a dream of being a visionary in film. A cinematographer. This truly was one of my greatest disappointments in life. Not being able to find meaningful, full-time work in the film/television industry. My dreams never came to fruition other than a short stint working as an engineer at WNET-13 in the TV Lab and WPIX-11 in NYC. Plus some editing/engineering up in Maine at MPBN, which led to my becoming a cook out of sheer necessity when I was fired after six months. A gift in disguise?

For all intents and purposes, I never worked in the tv or film industry again, because of nepotism, (an ugly word, I know) is what they called it back then. My grandfather was in the Motion Pictures industry. I couldn’t get a job even if I wanted to!

If I only knew, I could have saved myself decades of disappointment. I guess I wasn’t listening.

When I meet talented and creative “film-makers” the Mary Documentary folks- coincidentally are shooting and editing their entire production on iPhones, I want to shout their accomplishments to the world. Because they are doing something important with their lives. Something I never really had. Visual creativity. The Mary Documentary team shares this vision as I recognized their pure and humble spirit.

Benzinga was their canvas, the business of doing canna-business is their paintbox. Their tool-kit is the conversation that presents itself when the fire is hot, which happens often in cannabis.

And yes, they even interviewed me. A surprise and an honor, thank you friends.

They get it. Not everyone has multi-million dollar budgets to make documentaries. And the documentary that is being produced for broadcast involves the leaders and not so leaders in the cannabis business. Stay tuned for their accomplishments, I believe in their success and my words should be encouragement going forward.

Their deep dive into cannabis will capture your imagination, as their passion has captured mine.

That extended sesh with a Godfather from Xiaolin Cannagars cemented these humbling memories in Miami Beach.

Why We Can’t Innovate And How To Change That

Two-Factor Authentication (2FA) Isn’t As Safe As You Think On Your iPhone, Android Device: The Danger Of SIM Swapping And How To Protect Yourself