Matchbox 20 And The Wallflowers Unite For 50-Date Summer Tour 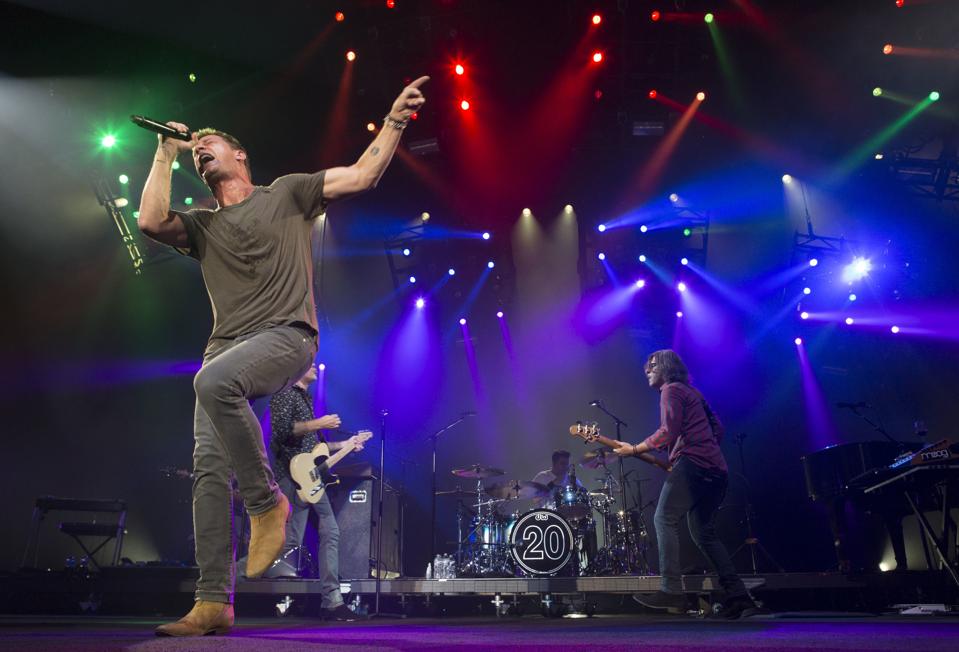 In a period that has emboldened Generation X with recent tour announcements from Rage Against the Machine, Red Hot Chili Peppers and Pearl Jam, a different frequency of ‘90s-nostalgia acts will also hit the road this year.

On Monday, Matchbox 20 and The Wallflowers announced a tandem 50-date North American tour that will begin on July 17 in Bethlehem, Pa. and run through late-September. Dubbed the Matchbox 20 2020 Tour, the band will convene before live audiences for the first time since 2017—when they paired-up with ‘90s “softer-rock” contemporaries Counting Crows.

The tour announcement was first reported by USA Today in an interview with Matchbox 20 lead singer Rob Thomas, who gave fans a reassuring preview of what to expect.

“We’re working on some new songs, but I don’t see the landscape in the world being one that makes sense for us to make an entire album right now,” Thomas said. “We’re going out on [this] anniversary tour, [and] there’s a huge amount of nostalgia that comes with that. There’s 20 years of music that people are going to want to listen to. So for us to just start shoving a whole bunch of brand new music down people’s throats, I don’t think they’re going to love that. But if we come out with one or two songs that we legitimately got behind and we felt really good about, then those fans that really want to hear something new won’t walk away disappointed either.”

Matchbox 20 released four albums between 1996 and 2012, beginning with their breakthrough LP Yourself or Someone Like You, which produced the radio-friendly singles “Push,” “3AM,” and “Real World.” It has gone on to sell over 15 million copies worldwide. Their 2000 follow-up, which the band’s upcoming tour will commemorate, quickly went quadruple platinum 17 months after its release.

Thomas released his fourth solo album, Chip Tooth Smile, in April 2019. Additionally, the now-47-year-old continues to endure in the minds of millennials as the voice driving the 1999 smash single “Smooth” by Carlos Santana.

Tickets to the Matchbox 20 2020 Tour will go on sale to the general public on Friday, January 17 at noon EST on livenation.com. Click here for complete tour dates.

How To Answer ‘Tell Me About A Time...

Is Your Child’s University Tracking Their Phone? Probably.