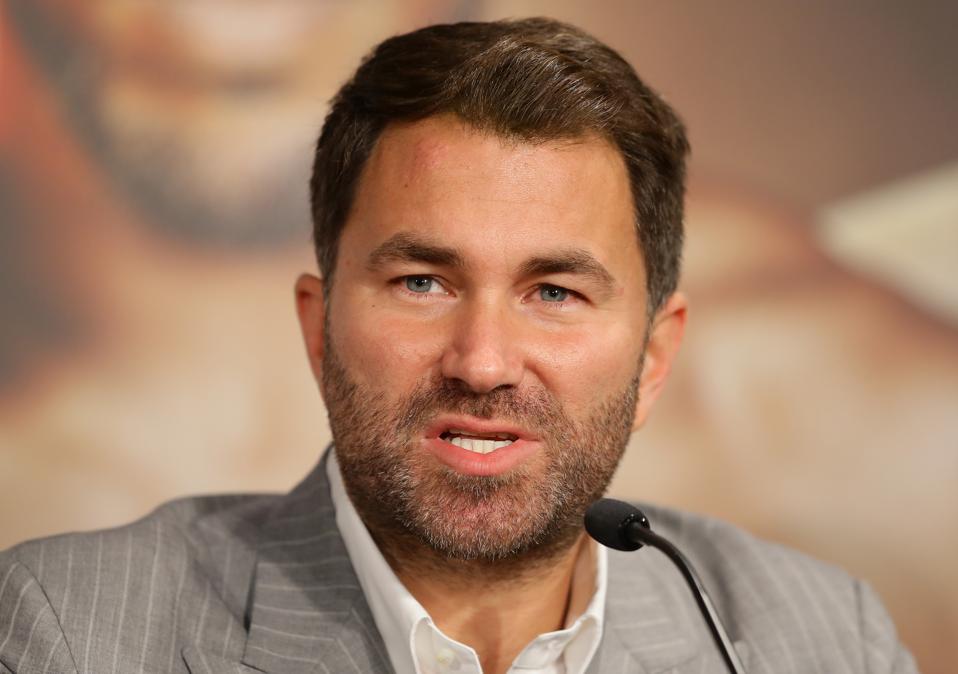 DIRIYAH, SAUDI ARABIA – DECEMBER 04: Promoter, Eddie Hearn speaks to the media during the Clash On … [+] The Dunes Press Conference at the Diriyah Season Hospitality Lounge on December 04, 2019 in Diriyah, Saudi Arabia. (Photo by Richard Heathcote/Getty Images)

DAZN finished 2019 strong after a relatively shaky beginning to the year. The fourth quarter of 2019 saw the streaming service deliver a plethora of major fights including Canelo Alvarez vs. Sergey Kovalev and Anthony Joshua’s rematch with Andy Ruiz.

In November, it was reported DAZN had raised its subscribership to 8 million globally, and the Joshua-Ruiz fight was credited with delivering 200,000 new subs alone.

Based on the value delivered by Matchroom, and the streaming service’s other combat sports vehicles with Golden Boy, Combate Americas and Bellator, Hearn believes DAZN should raise its subscription price from $19.99 to $49.99. The price of the service started off at $9.99 when it was introduced in the United States in 2018.

The price has already doubled once in a year. Hearn explained his rationale on SI Boxing with Chris Mannix:

Joshua-Ruiz was three times what Joshua got on Showtime. Even in America, it’s approaching a million audience [on DAZN]. That’s a huge number. One of the problems we had recruiting fighters in the early days was, ‘Oh, no one is watching DAZN.’ They are. More people are watching. We’re getting bigger audience numbers than Showtime. Charlo just boxed on Showtime and got 300,000. You got Jacobs-Chavez, and that’s going to do 500-600,000 on DAZN. Joshua did nearly a million on DAZN. I so believe in the product of DAZN for the value for a fight fan. I’m actually going to say to DAZN, ‘I think you should bump the monthly fee up.’ It’s $19.99 a month. Make it $50 a month. We don’t want you to come and go. We want you to stay and be a part of this community, learn more about boxing, digest the fighters, and grow with us.

It’s true, DAZN’s current lineup of boxing, MMA and other sports such as darts, cricket, soccer and snooker is second only to ESPN+ when it comes to diversity. You could also make the argument that from a pure boxing standpoint, DAZN has the reach and relationships to make better fights than ESPN/Top Rank, which could effectively raise the value.

Also, there is no pay-per-view model with DAZN, so subscribers get all of the content each month with no additional charge. With ESPN+, UFC and boxing fans still have to buy a PPV in addition to their monthly subscription fee to see the biggest events.

However, DAZN is already significantly more costly than ESPN+, which goes for $4.99 per month. Becuse of this, one could argue that PPV price is already built into DAZN’s price.

As a consumer of combat sports 365 days a year, I can tell you, the value fluctuates for both streaming services. 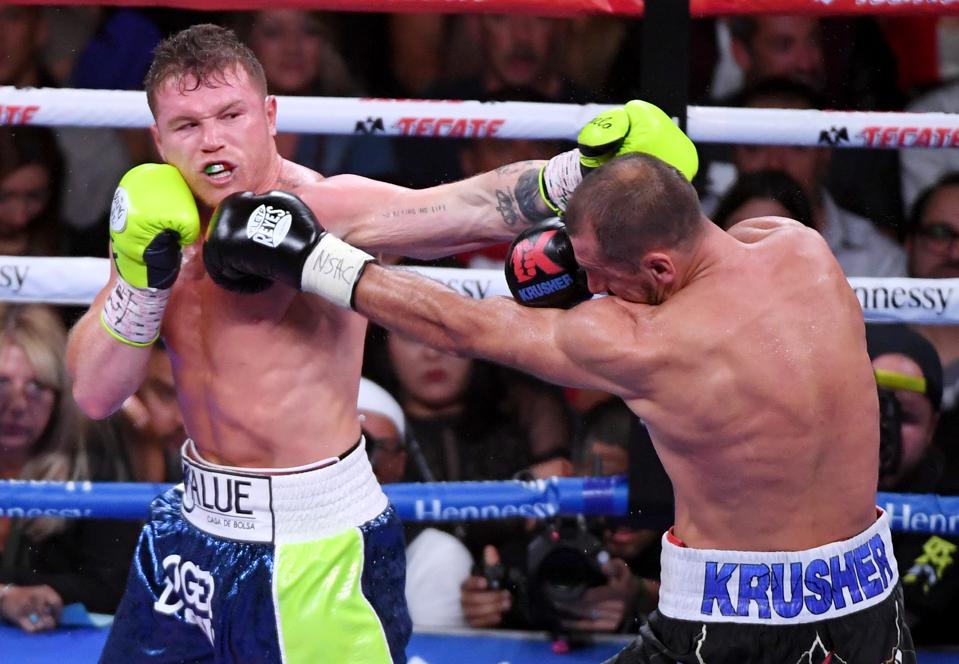 When DAZN has a stretch like it did to close out 2019, the $19.99 price tag is solid because there were at least two, and possibly three fights that could have qualified for PPV attractions (Canelo-Kovalev, Joshua-Ruiz II and Golovkin-Derevyanchenko) which would have been more costly to purchase separately. Because of some of the months with weaker fights, it feels as though it all balances out. I doubt that would be the case at $50 per month. There would be an understandable demand for a PPV-level bout or event each month, and no promoter/streaming service can promise that to its customers.

Obviously, Hearn is a promoter and his job is to raise the value of anyone and anything he’s associated. Still, it’s an unrealistic and ill-advised notion.

Box Office: ‘Jumanji 3’ Is Playing Like A ‘Hobbit’ Prequel Despite Competition From A ‘Star Wars’ Sequel

It Could Be A Rough Weekend For Video...