Home Business Maurizio Sarri: ‘Juventus Against Inter Milan Is Most Prestigious In Serie A’
Business

Maurizio Sarri: ‘Juventus Against Inter Milan Is Most Prestigious In Serie A’ 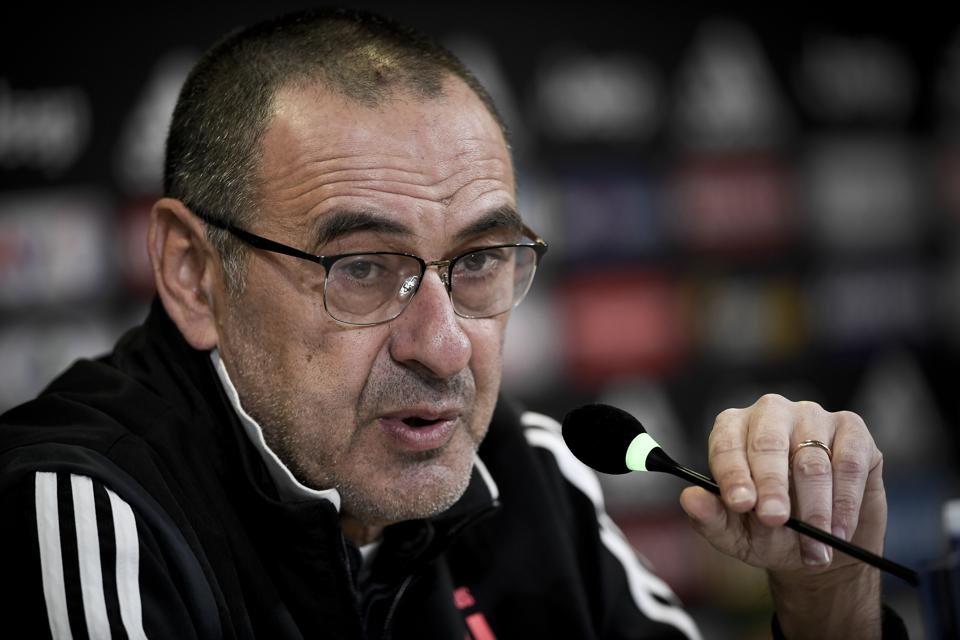 Juventus boss Maurizio Sarri is relishing the opportunity to go head-to-head with Antonio Conte’s Inter Milan on Sunday at 14:45 EST, despite the match going ahead in an empty stadium.

Following the Coronavirus outbreak, the Italian government previously stated all sporting events in the country will be played behind closed doors until April 3, meaning fans will be unable to attend games at the Allianz Stadium.

Sarri spoke to Juventus TV ahead of the clash and believes matches between Juve and Inter are the most distingushied of all in the Italian top flight.

“Juventus-Inter is the most prestigious match in Serie A due to the history and stature of the two clubs”, the 61-year-old said. 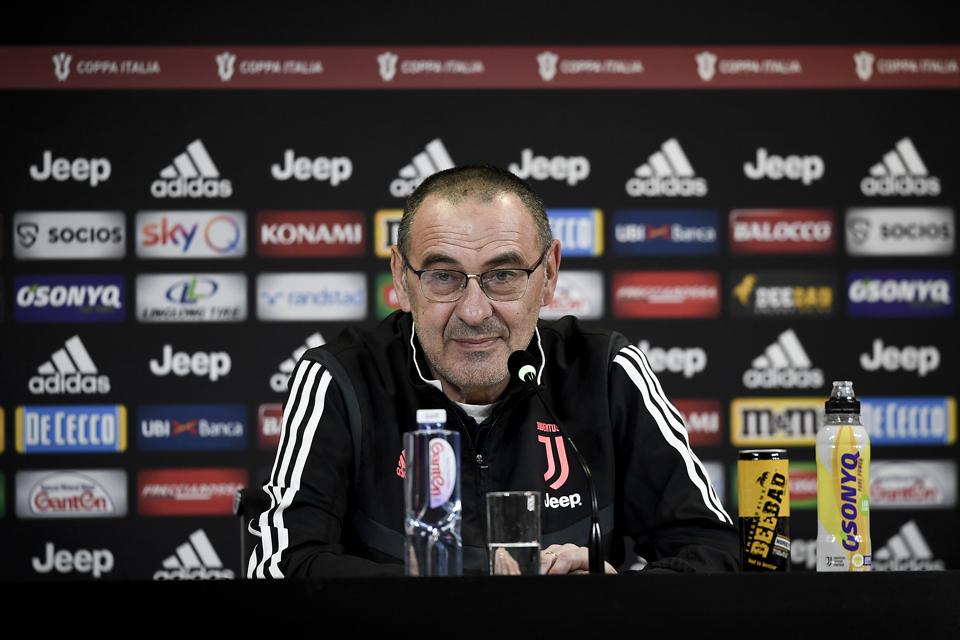 “After the last two transfer windows, Inter have become one of the favourites for the Scudetto, just like us. I expect a fascinating game of football.

“It’s going to be difficult tactically, seeing the way that our opponents play. Inter’s width could cause us problems, but both sides have the capability of troubling the other.

“One of our objectives must be to keep the ball high in their half of the pitch. That will be more important than usual tomorrow.”

The players have been struggling to get to grips with the Juventus managers’ ideas and Sarri is hopefully that his team can move the ball a lot faster, something which proved a problem following his sides 1-0 defeat to Lyon in the Champions League last-16 first-leg in the South of France on February 26. 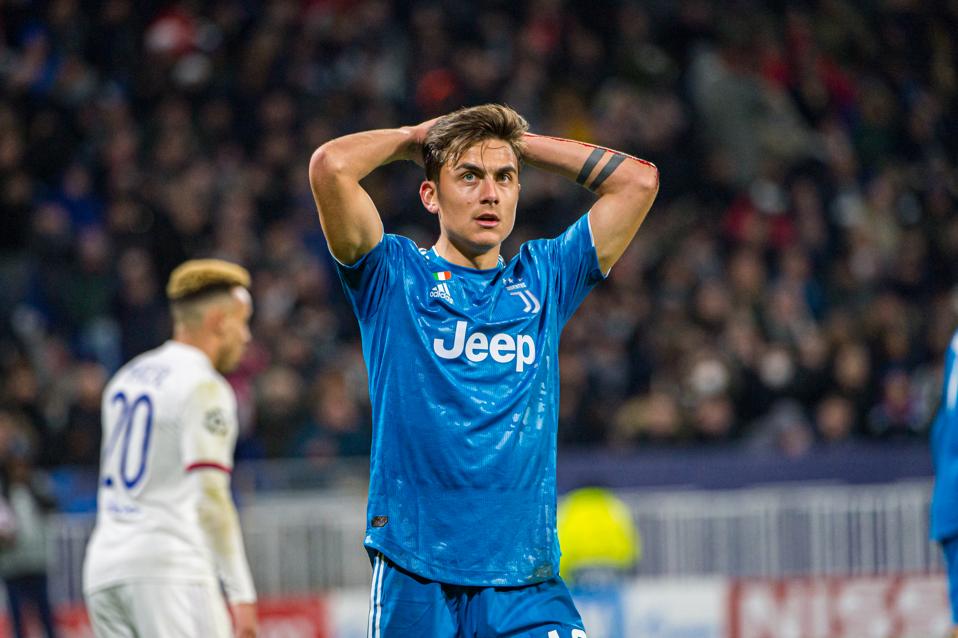 LYON, FRANCE – FEBRUARY 26: #10 Paulo Dybala of Juventus reacts during the UEFA Champions League … [+] round of 16 first leg match between Olympique Lyon and Juventus at Parc Olympique on February 26, 2020 in Lyon, France. (Photo by RvS.Media/Robert Hradil/Getty Images)

“We are getting some players back from injury and that’s a real boost. Over the last few days, the quality of our training sessions has been elevated and that is very important.

“Juve have forwards with different characteristics, so we can be a different team even with the same tactical system, just because we use different players within that framework.”

Cristiano Ronaldo is expected to break yet another record when the teams meet. The 34-year-old will clock up his 1,000th competitive career match and will no doubt be eyeing the opportunity to get on the scoresheet.

“Cristiano achieves a great milestone, but he will immediately set himself new targets. If anything, his teammates will be motivated to give him a gift.”

Lazio are leading the way in Serie A and sit top of the summit on 62 points, but Juve will overtake them with a win against a resilient Inter. The latter currently have 54 points from 24 games and need a victory to keep them in the swim of the title race.

All eyes will be on Juve and especially Sarri, who is in desperate need of not only a win to get his side back on track, but also a good performance all round, from his players.

More Democrats Are Infected With Coronavirus Than Republicans,...

How To Prepare For The Next Great Recession...