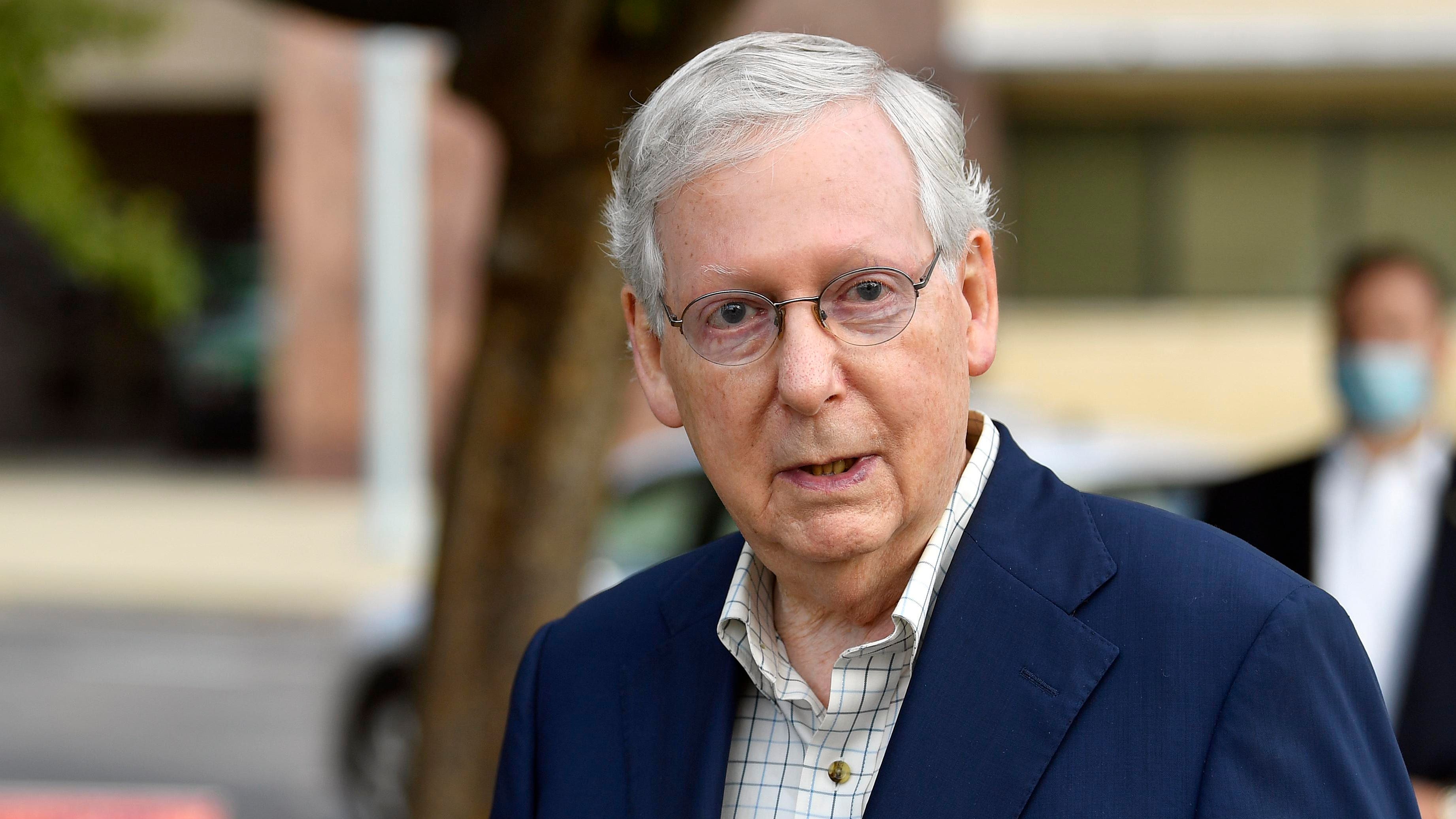 With negotiations for a pre-election federal stimulus bill coming down to the wire, Senate Majority Leader Mitch McConnell (R-Ky.) threw a wrench in the works on Thursday, saying that the $1.8 trillion plan recently proposed by the White House as a compromise with House Speaker Nancy Pelosi (D-Calif.) and top Democrats is “a much larger amount than I can sell to my members.”

With Pelosi and the White House still trying to find common ground between the $1.8 trillion plan and Democrats’ $2.2 trillion plan, McConnell added that he would not put a bill that large on the Senate floor for a vote.

Without support from McConnell and at least some of his Republican caucus, no deal that the White House makes with Pelosi stands any reasonable chance of becoming law.

As an alternative to the more expensive plans under discussion, McConnell announced earlier this week that he would put a smaller, more targeted rescue bill up for a vote when the Senate returns to session on October 19th.

The last time the GOP put a narrow bill (which included just $300 billion in new spending) on the floor of the Senate, Democrats used the filibuster to block it because they thought it was far too small.

“I’m putting on the floor what we think is appropriate to tackle this disease at this point,” McConnell told reporters on Thursday, the Washington Post reported. “My members think what we laid out, a half a trillion dollars, highly targeted, is the best way to go.”

McConnell’s statements Thursday illuminated a major, longstanding rift between the Republican party and President Trump. Over the last few weeks Trump has repeatedly and publicly encouraged lawmakers to agree on a larger package, even declaring at one point that he would support a plan bigger than anything either Democrats or Republicans were now advocating. Trump said Thursday morning that the GOP would ultimately fall in line and accept a larger bill, as White House economic advisor Larry Kudlow and White House press secretary Kayleigh McEnany had earlier suggested. There’s no reason to think that’s likely, however—since the passage of the CARES Act in March, the GOP under McConnell has not signaled it would support anything more expensive than about $1 trillion. McConnell’s explicit rejection of the White House’s plan on Thursday is the latest episode in the long-running disagreement.

President Trump publicly criticized Mnuchin for not pushing for a deal even larger than $1.8 trillion, telling Fox Business that he had informed the Treasury Secretary of his desire for a bigger bill but so far, Mnuchin “hasn’t come home with the bacon.”