Mediocre ‘Birds Of Prey’ Box Office Is Bad News For ‘The Suicide Squad,’ But Good News For ‘Wonder Woman 1984’ 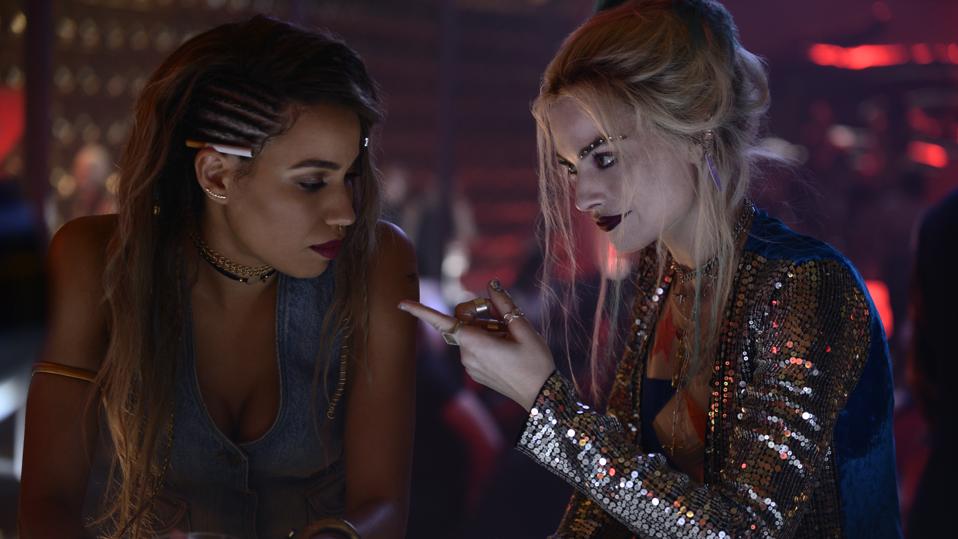 Birds of Prey dropped 60% in its third weekend of domestic release, earning $6.855 million to bring its 17-day domestic total to $72.379 million. That’s essentially tied with the opening weekend of Aquaman, counting sneak previews. The Harley Quinn-and-Friends flick is now fated to earn between $81 million and $92 million, or less in total than the respective opening weekends of Wonder Woman ($103 million) and Joker ($96 million). It’s a disappointing sum for a very good and very unconventional comic book flick, joining the likes of (differentials in quality notwithstanding) Batman Returns, Hulk, Superman Returns, Watchmen, Iron Man 2 and Punisher: War Zone in giving audiences something comparatively unconventional in terms of superhero cinema and paying the proverbial price.

It’s also dispiriting, but not entirely grim, news for DC Films as a franchise. To the extent that a $82 million, R-rated female-led comic book ensemble gangster flick was expected to break out to the point where a $33 million launch was considered disappointing (aside from years of post-debut math that painted exactly the picture we’re now seeing), it was partially due to the emerging strength and popularity of the DC Films brand. The presumption, fair or not, was that the well-reviewed and well-received DC Films flicks would offer additional interest in Margot Robbie’s Harley Quinn flick. While the R-rating may have kept out many/most of Harley’s biggest fans, the successes of Wonder Woman, Aquaman and Joker didn’t mean a damn thing for Birds of Prey.

There was hope, in November of 2017, that Patty Jenkins’ unexpectedly good and exceptionally well-received Wonder Woman ($412 million domestic/$821 million global) would turn Justice League into a bigger hit. Even if the existing fandom for Gal Gadot’s Amazon superhero did give Justice League a boost, it couldn’t compensate for the consumer rejection of Batman v Superman ($873 million from a $424 million global launch) in early 2016. Zack Snyder and Joss Whedon’s Justice League earned mixed-negative reviews and ended up grossing $226 million domestic and $659 million worldwide on an over/under $300 million budget. The stain of Man of Steel ($291 million domestic/$668 million worldwide) and Dawn of Justice was such that not even a beloved and acclaimed Wonder Woman could move the needle accordingly. 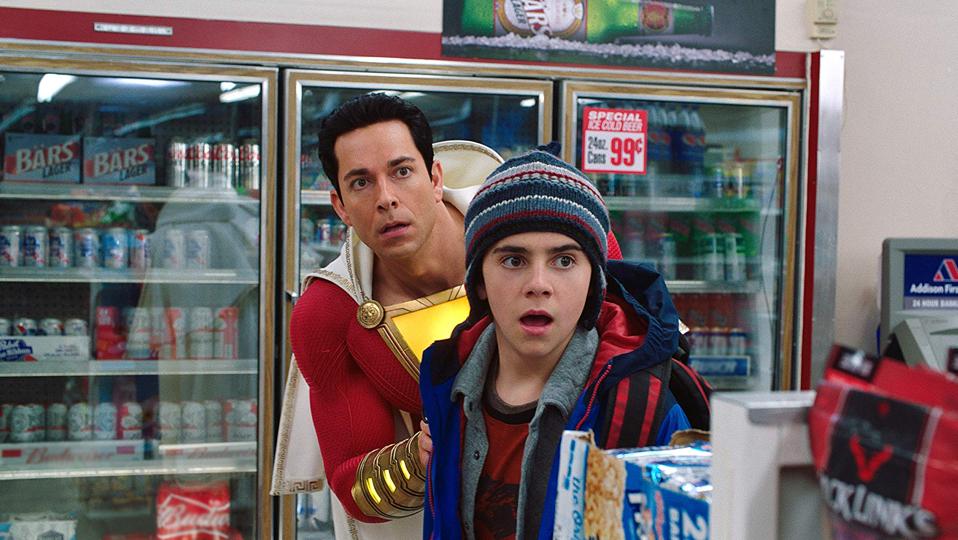 James Wan’s Aquaman opened a year later to solid reviews and decent buzz. It surfed the Christmas/New Year’s blitz to leg out to $335 million domestic and a franchise-high $1.148 billion worldwide, including $298 million in China. However, months later, David Sanders’ $90 million Shazam! still played at a lower level. Rave reviews and solid buzz aside, it opened well ($57 million) but got kneecapped by Avengers: Endgame and its $1.2 billion global launch on weekend four, giving the Zackary Levi horror fantasy/foster kid melodrama a (good enough) $363 million gross. After Joker earned $335 million domestic and $1.071 billion worldwide, while winning two Oscars, there was at least some hope that some of that goodwill would rub off on Birds of Prey.

Birds of Prey was treated as a “Tomb Raider Trap” sequel (when a superior sequel to a disliked smash stumbles because folks disliked its predecessor) to Suicide Squad. That this Suicide Squad sequel/spin-off lacked Will Smith, Batman and the Joker didn’t help, which is a problem for James Gunn’s The Suicide Squad. The (relative) failure of Batman v Superman meant more to Justice League than the success of Wonder Woman. The poor aftertaste of Suicide Squad ($325 million domestic and $745 million without China) meant more to the reception of Birds of Prey than Wonder Woman, Aquaman, Shazam and/or Joker. DC Films may be on an artistic hot streak, but they are not yet at a point where the brand “lifts all boats.”

To be fair, Black Panther and Avengers: Infinity War earning $1.346 billion and $2.048 billion worldwide in 2019 didn’t make Ant-Man And the Wasp ($620 million) much more successful than the first Ant-Man ($519 million in 2015). No one is expecting Onward to pull Inside Out numbers no matter how successful Finding Dory, Incredibles 2 and Toy Story 4 were, nor will Black Widow and Eternals automatically pull Captain Marvel/Thor Ragnarok grosses. Kong: Skull Island being a brighter and peppier adventure didn’t stop Godzilla: King of the Monsters from being treated as a sequel to Godzilla. After the poor performance ($385 million on a $180 million budget) of King of the Monsters, I wouldn’t be shocked to see marketing for Godzilla vs. Kong that emphasizes Skull Island. 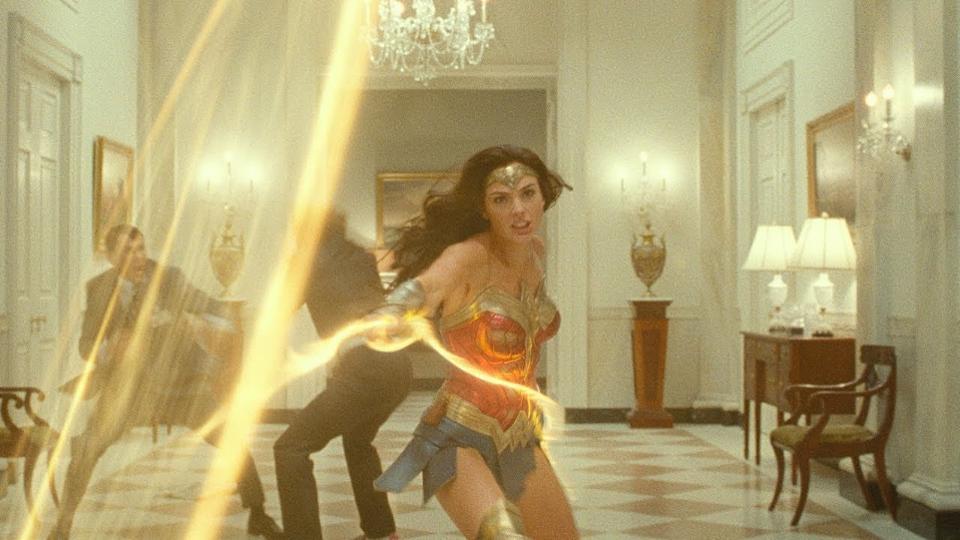 What does a hit film in a cinematic universe mean for the rest of the movies? We don’t yet know, since this whole “cinematic universe” thing is relatively new in terms of modern theatrical moviegoing. What does this mean for DC Films? Well, Suicide Squad was as big of a hit as it was in the summer of 2016 because A) it was an unknown entity with the first live-action theatrical appearance of Harley Quinn, B) it featured extended cameos from Ben Affleck’s Batman and Jared Leto’s Joker and C) it featured Will Smith in pure tentpole blockbuster franchise mode. All due respect to Gunn and what looks to be a pretty fun cast, Birds of Prey does not bode well for The Suicide Squad.

Even if Wonder Woman 1984 and The Batman are acclaimed blockbusters, The Suicide Squad may be judged not by DC Films’ recent track record but by the last Suicide Squad movie. Conversely, if a new movie will be judged by its most relevant predecessor, then Patty Jenkins’ Wonder Woman 1984 is in a very good spot. It may not have much to sell other than “Diana and Steve are back again… in the 1980s!” Are general audiences as excited as we nerds about seeing Kristen Wiig as Cheetah and Pedro Pascal as Maxwell Lord? There’s also the (seemingly) campier tone and pulpier vibe, looking more like the 1970’s Linda Carter show than Wonder Woman’s comparatively grimdark WWI story. That’s not a criticism, just a commercial concern.

Regardless, audiences generally loved Wonder Woman. Wonder Woman 1984 won’t be judged by Justice League or Suicide Squad, but by its blockbuster predecessor. But in a marketplace where the marquee character is the most important element, even successes within a cinematic universe don’t guarantee comparative business for the next installments. It wasn’t until 2018, with Black Panther, that a non-Tony Stark MCU movie crossed even $900 million worldwide, and Ant-Man remains a second-tier MCU franchise. Even coming off the unthinkable $2.8 billion success of Avengers: Endgame, we have no firm idea of how Black Widow and Eternals will perform this year. It’s a damn shame that DC Films’ Birds of Prey wasn’t treated as the next movie from the folks who brought you Aquaman, Wonder Woman and Shazam!