Breaking
Best Incentive To Get Vaccinated: Money, Messaging, Or...
Page Level Query Analysis at Scale with Google...
How A CIO Can Align IT With Business...
Blogger of the Month: Jo, Girl Eats World
6 Things Women In Business Know That Men...
How to Use First-Party Data for Ad Personalization
Pressing Reset—Putting A Fallen Unicorn Back On Its...
How We Went Viral: Promoting Content with Influencers,...
Blame Olympic Record Price Tag For Return To...
Apple iOS 14.5 Release: Should You Upgrade?
Why Gaming Gear Company Razer Launched A $50...
Technical SEO Implementations to Increase the Impact of...
30 Brilliant Ways to Market Your Eco-Friendly Shopify...
15 Tech Industry Leaders Share Overused (And Misused)...
How to Use Amazon Posts to Promote Your...
U.S. House Passes Bill To Create First Crypto...
Home Business Medtronic Teams Up With Foxconn And Vietnam’s Vingroup To Make Coronavirus Ventilators
Business 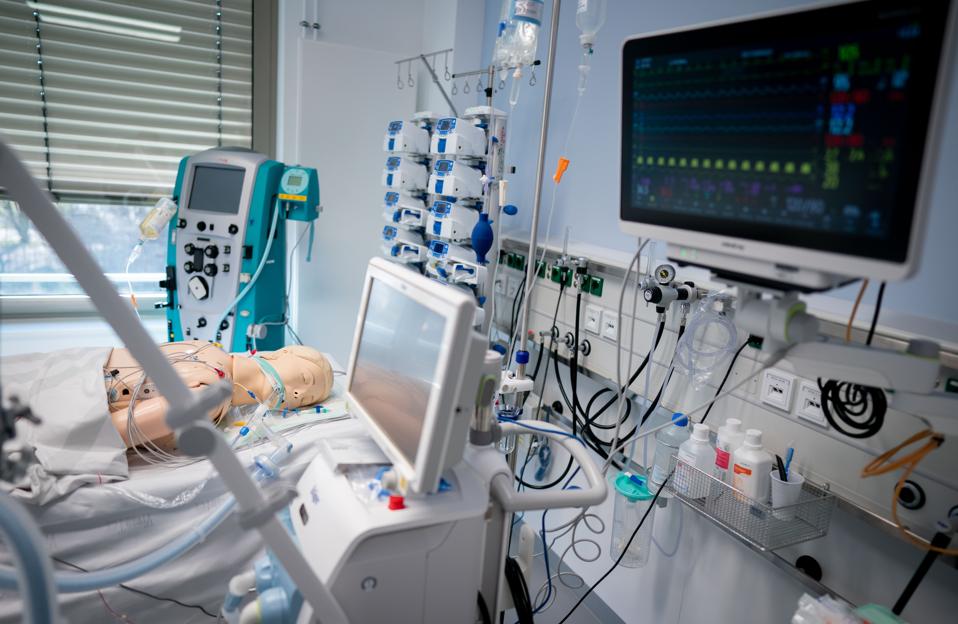 A dummy doll lies on a bed with a ventilator.

As the coronavirus continues to spread around the world, Taiwan’s top manufacturer and a Vietnamese conglomerate have joined the fight against COVID-19 by making ventilators.

Foxconn Technology Group of Taiwan, the world’s largest contract assembler of electronics (including iPhones and iPads for Apple), and Vingroup, a Vietnamese conglomerate with businesses in property, resorts, retail and mobile phones, among others, are working with New York-listed ventilator developer Medtronic to make the lifesaving medical devices.

Foxconn will work with Medtronic to make ventilators in the U.S. state of Wisconsin. The Taiwan-based company is due to open a plant in Wisconsin next month to make displays. “The medical and technical experts from both our companies are working closely to fast-track the research and development and production processes so additional ventilators can be quickly produced to fight the current global pandemic,” Foxconn said in a statement.

But how will these two companies suddenly make something that neither has tried so far?

The Taiwanese assembler has been building up medical device capabilities since at least 2015, according to Medical Product Outsourcing magazine. To get there, it bought a share in California-based vital signs monitoring company Sotera Wireless in 2015, reported MobiHealthNews.

A ventilator needs a motor, a sensor and a valve, notes Brady Wang, an analyst in Taipei with Counterpoint Research, and Foxconn is already working with Fiat to produce electric vehicles, for which the motor is also a major part. “I think the technology for the motor shouldn’t be a problem,” Wang says. But Foxconn may still need to buy other parts from Medtronic or its suppliers and hire more people at its Wisconsin plant.

Meanwhile, Vingroup will use its automotive unit, VinFast, and its phone unit, VinSmart, to build ventilators. It expects to make 45,000 non-invasive machines and 10,000 invasive machines per month. “Vingroup has an advantage of having both the VinFast automobile factory and VinSmart electronics factory,” says Le Thi Thu Thuy, group vice chairwoman of Vingroup. “So we can manufacture both large and mechanical parts as well as rare, smaller parts at the same time.”

Another edge: The conglomerate with 2019 revenue of $5.5 billion and chaired by Vietnam’s richest person runs hospitals under the Vinmec brand. “Through this work with the hospitals, I am sure they have all the connections needed to gain approval to build quality medical tools,” says Mike Lynch, managing director with SSI Institutional Brokerage in Ho Chi Minh City.

Medtronic is sharing specs to raise ventilator production in light of the pandemic. It has made “meaningful progress” with Foxconn, Vingroup and Baylis, while taking more than 90,000 registrations from other parties to use design specifications for its Puritan Bennett 560 ventilators, according to its April 8 statement.

Over the past decade, those devices were sold over the past decade in 35 countries and will reach the U.S. market next month, the Medtronic statement says. The company describes its ventilators as light and portable, for use at home as well as in hospitals.

Grocery Retail Lessons From The Coronavirus Outbreak For The Robotic Future

Out Of Nowhere, Supplice From ‘Armored Core 4’ Gets A New Model Kit Release