Breaking
Which Party Is Best For Employment? Data Points...
3 Signs Your Latest Business Idea Has The...
Watchdog To Investigate Whether Trump Interfered With Health...
The Presidential Candidates’ Record On Small Business, Part...
Xtelligent Next-Generation Signals Use Algorithms And Artificial Intelligence...
Lawyer Pleads Guilty To Conspiring To Defraud The...
Consider Buying Encompass Health Stock For 20% Upside
Ranking The Best Claymores In ‘Genshin Impact’ (v1.0...
Do College Grades Predict Future Success?
How Gig Workers Can Engage With Organizations
Eight ‘Above And Beyond’ Vetting Practices For Executive...
Top Tips For Using Surfaces Across Google
E-Commerce SEO And How It Can Skyrocket Your...
Five Crucial Things You Shouldn’t Leave Out Of...
Artificial Intelligence And Africa: The Case For Investing...
Relax, The Computing World Won’t End In 2038....
Home Business Meet Aaron Wallace And Lina Gadi: Entrepreneurs Creating Inclusive Haircare Products For Black Men
Business 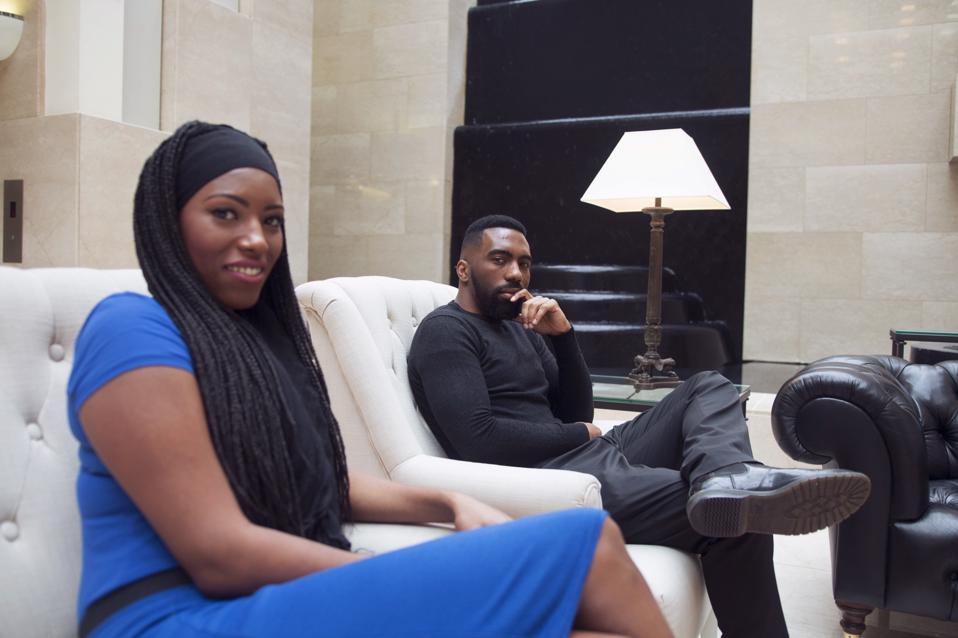 Diversity in hair and beauty has been put into the spotlight over the last few years, with a number of brands gaining prominence—such as Shea Moisture, acquired by Unilever in late 2017. However, the number of grooming products formulated specifically for black men remains low, despite the demographic accounting for a reasonable amount of the multi-billion dollar global male grooming market.

Two young entrepreneurs helping to serve these customers with premium products specifically tailored to their needs are Aaron Wallace and Lina Gadi, cofounders of Aaron Wallace.

Wallace grew up in South-East London in what he describes as “a rough area that was a bit crazy at times” but he was fortunate enough to attend a good school. After high school, he decided to study music at University of Westminster with the long term ambition to become a music teacher to work on improving the lives of young people. In light of this ambition after university, he started working with The Prince’s Trust, a U.K.-based charity that helps young people aged 11 to 30 get into jobs, education and training. Whilst helping many of these young people start their own businesses he became inspired and decided to change course, forgoing his teacher training in order to start a business.

A cornerstone of black communities around the world is barbershops. It’s a place where in addition to a haircut friendships are formed and many topics from sports to politics are debated. However, a common complaint which often took away from this fantastic atmosphere in some barbershops is the poor customer service.

Wallace decided this was something he wanted to change and decided his first business venture would be to “open a barbershop that maintained the community feel but excelled in customer service” which required “getting barber training and learning as much as possible about the industry,” he recalls. This required a significant investment of time and Wallace describes this early entrepreneurial experience as “walking into a dark room with no light switch so you end up fumbling around until you find the switch.” 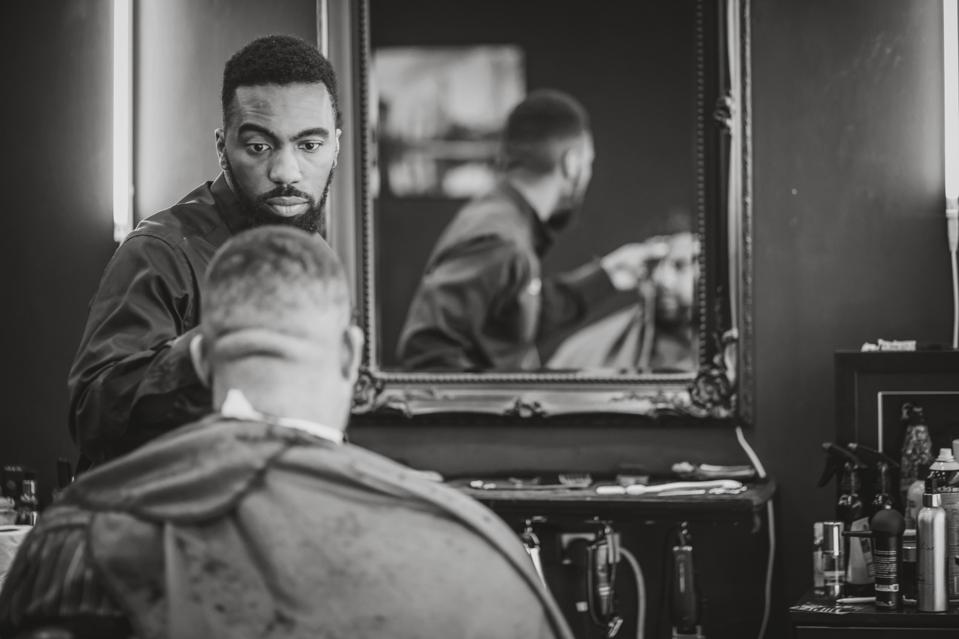 Through perseverance and hard work, a few months later the shop was open. Whilst customers were pleased with the service, a constant query he received from customers was which hair care products they should use, citing various issues with the products in the market. Wallace was aware many of the products were not designed specifically for male afro hair and felt uncomfortable suggesting many of them. Similar to setting up the barbershop, Wallace started to research what components would go into a good product for male afro hair and, figuring this out, he decided to launch his own hair product company from his barbershop, called Shear & Shine.

The hair care products proved to be a success with Wallace’s customers, but he knew to increase sales, so more black men could benefit, he needed to work on marketing.

He got in touch with Lina Gadi who was a marketing professional running an organization called Start Young Global, which helped young entrepreneurs start their own businesses. Wallace was a member of the organisation at the time and agreed with Gadi that she would come on as cofounder and head of marketing.

Gadi immediately put together a press release and started distributing it. Many rejections came in, but a blog called Mad News UK picked up the story and to both of their surprise it went viral “we really weren’t expecting the response we got, our phones never stopped buzzing that night” Wallace says. Soon after this, many of the publications who had initially reached out to them started to get back in touch and the pair found themselves packing products late into the night to keep up with the increased demand from all of the press coverage. Whilst it was a stressful time as the pair “found themselves working backwards because we hadn’t built scalable processes” Gadi says the feedback from this first batch of customers acted as “proof of concept that this is something the community needs and is worth spending significantly more time developing”.

Gadi realized this press coverage was something that they could leverage to meet people who could help them formalize the business and take it to the next level. She went about networking and was fortunate enough to come across Carol Savage, a strategy consultant. After an initial coffee, she came on board and helped them with business strategy and fundraising. They were then able to raise some angel investment to take the business to the next level and decided to spend time rebuilding the business from the ground up in a scalable way so it could achieve its potential.

This required rebranding, optimizing their marketing channels and completely re-formulating the products, which saw Wallace on the train every week to meet the manufacturers “as it needed to be something which genuinely solved the issues we claimed it did,” he says. After 2 years of work, the new line was ready to launch under the name Aaron Wallace.

The Future For Aaron Wallace

Today Wallace has closed the barbershop, devoting all of his time to building the product line, which he feels can reach more people, whilst Gadi spends most of her time marketing the brand. A key component to their success has been “building an authentic community where black men can engage in questions to do with their hair and beard.” Social media has been a huge contributor to this, as the brand is well represented across all major platforms. Additionally, Wallace’s training in barbershops hasn’t gone to waste, as many of the influencers and ambassadors they work with, who act as key voices in their community, are barbers who endorse the product and now have a product they are comfortable directing their customers to. Given how important the barbershop is in the black community it’s great to see Aaron Wallace and Lina Gadi take this community online and give the customers a quality hair care product they deserve.

This article is part of a series featuring diverse people making a difference. You can find more articles (click here) and if you have a story to tell or want to be updated as soon as new features are released message/follow me on Twitter @TommyASC91