Breaking
Bitcoin And Blockchain Are The ‘Future’ Of Twitter,...
COVID-19 Pandemic Has Birds Changing Their Tune
Beat Zoom Fatigue With These 6 Tips
How To Sustain (Or Sabotage) A Customer Service/Experience...
How, When And Where You Can See A...
New $2.2 Trillion Stimulus Bill Proposed—$1,200 Stimulus Checks,...
Why Do We Do What We Do? Manipulating...
California Brand Goes All-American As Amazon Bans Foreign...
The 3 Best Analytics Companies of 2020
Senator Cory Booker: Supporting Small, Minority-Owned Businesses Will...
Trump’s Taxes Are Finally Leaked—What’s Next?
Washington Heats Up Ahead Of First Presidential Debate:...
Systemic Racism Leads To Disparities In Nursing Home...
The New Regular: Prepare For Conflicts Of Customer...
Web VR.0 – Have VR Websites (Finally) Arrived?...
This Next Evolution Of E-Commerce Did $18 Billion...
Home Technology Meet ‘Fena: Pirate Princess,’ Crunchyroll’s Newest Original Anime
Technology 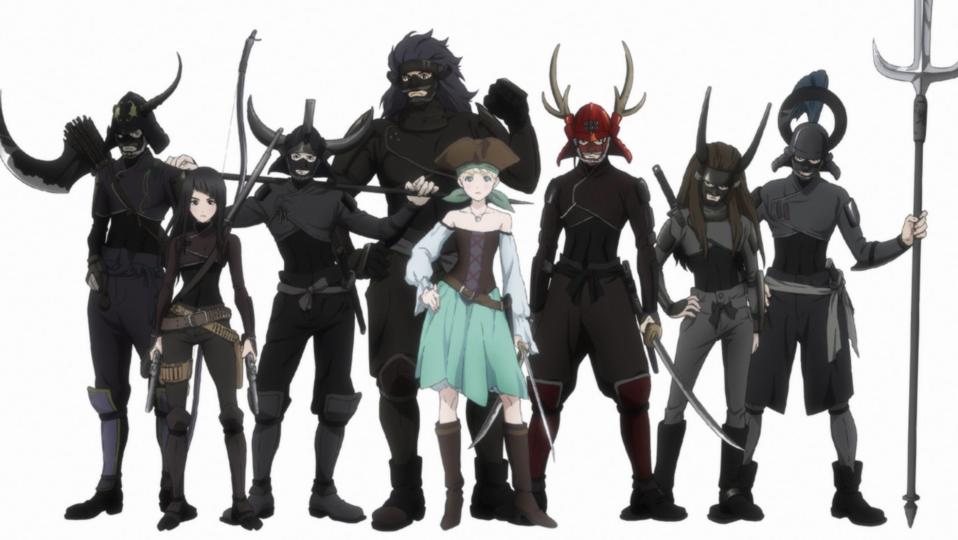 ‘Fena: Pirate Princess’ is the story of an orphan girl with a mysterious past.

Anime streaming service Crunchyroll has increasingly chosen to cut out the middleman by airing animated shows that it produces itself. On Saturday at Adult Swim Con, the Elation-owned company announced its latest original: Fena: Pirate Princess.

The story of a young orphan girl with a mysterious past, Fena: Pirate Princess will be produced jointly by Crunchyroll and Adult Swim. In 2021, this 12-episode original show will have its global premiere simultaneously on Crunchyroll’s platform and Adult Swim’s Toonami content block.

Crunchyroll Originals first launched in February with a collection of eight shows either produced or co-produced by Crunchyroll. Fena: Pirate Princess was not among this selection—the Adult Swim Con announcement is the first time Crunchyroll has even shared this title. This suggests that Crunchyroll’s original content arm has more in the works than it’s letting on.

The animation for Fena: Pirate Princess will come from famed anime studio Production I.G. At the helm will be director Kazuto Nakazawa (B: The Beginning, Kill Bill). This will be far from Crunchyroll’s first high-profile partnership. The currently-airing Crunchyroll Original The God Of High School, for example, is being directed by veteran MAPPA director Seong Ho Park.

See also: ‘The God Of High School’ Is A Love Letter To ‘Dragon Ball’

With little information to go off of so far, Fena: Pirate Princess sounds like a story that fans of the pirate anime One Piece will want to check out. Crunchyroll provided me with the following description:

“Fena has been raised on an island where there is no hope of becoming anything more than chattel, to be used and discarded by soldiers of the British Empire. But Fena is more than just another powerless orphan. When her mysterious past comes knocking, Fena will break the chains of her oppressors. Her goal: forge a new identity, free of bondage, and search for a place where she can truly belong and find out the true mysteries behind a keyword ‘Eden.’ It is the story of a lifetime adventure she and her crew of misfits and unlikely allies will have, in pursuit of her goals!”

To find out more, watch the trailer below: