Breaking
Everything You Need to Know About Corporate Social...
Is Adaptive Leadership the Key to Motivating Employees?
Why business events are set to return with...
Business events set to return with a bang!
Expanding Internationally: 5 Things to Consider for eCommerce...
How the Machine Shop Is Going Digital in...
Sustainable Food Packaging Is Helping the Hospitality Sector...
Top 5 Investment Practices To Make More Money...
Managing IT Requirements for SMEs: 5 Aspects that...
How To Build a Successful Luxury Brand In...
Finding The Best Google AdWords Consultant for Your...
8 Top Tips To Help Your Agricultural Business...
Three Reasons Why Office Décor and Design Are...
Looking To Improve Efficiency In Your Business? Here’s...
AI and machine learning for business
How Social Media Changed the World
Home Technology Meet The Creators Of The Dude With Sign Instagram Account
Technology 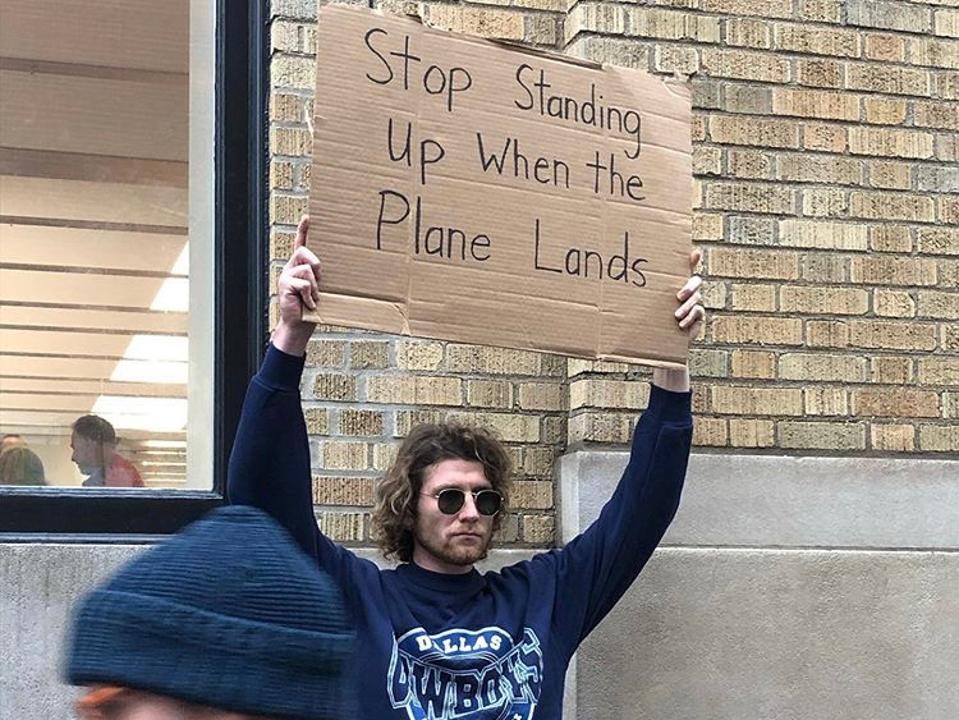 The photo was originally just for Telebe’s Instagram account, but after sharing the second protest saying, “Seinfeld is way better than Friends” in front of a “Friends” billboard, an online following began brewing and Jacobs realized he needed to create an account specifically for these protests.

The initial on-the-street reactions to his protests started simple with a few giggles here and there, but as the follower count grew, as did his real-life popularity.

“The corner usually fills up with people within minutes, and everyone has their phones out,” Jacobs told me via email. “When I’m finished, a lot of people will ask to take pictures with me or videos, which is still something to get used to. It’s a very strange feeling, but it also kind of cracks me up that people are seeing me as a famous person for holding up cardboard signs.”

Jacobs is a content creator for the board game What Do You Meme and Instagram meme account @f*ckjerry. In 2018, Jerry Media, owner of What Do You Meme and @f*ckjerry, got in hot water following the failure of the “disastrous Fyre Fest,” and prompted calls to cancel the @f*ckjerry brand. Despite the public relations trouble, Jerry Media continues, as well as @dudewithsign. According to Jacobs, @dudewithsign gets protest ideas from his work environment and coworkers.

“So we work in a pretty funny and creative space so once the account kicked off, more ideas came in from the team,” Jacobs told me. “When creating the protests, we try to come up with something funny that is relatable that people don’t particularly talk about. We try to have each of these elements while appealing to every type of person, which is a big part of why I think the account has accumulated as many followers as it has.”

Before moving to New York City to work for Jerry Media, 24-year-old Jacobs traveled throughout Australia following graduating from Midwestern State University in Wichita Falls, Texas with a degree in marketing. Despite being from Hawley, Texas, a small town of 650 people where most of his family still lives, Jacobs is enjoying the Big Apple.

“I fell in love with the company, and with New York, so I made the move,” Jacobs told me. “New York was a bit of a shock, but it’s such a trip and I’m having the best time.”

The @dudewithsign brand has grown past the 4 million followers into a page with sponsorships, like Old Spice. In January, Seth and several of his cardboard signs appeared on The Ellen Show to help Ellen DeGeneres with her opening monologue. 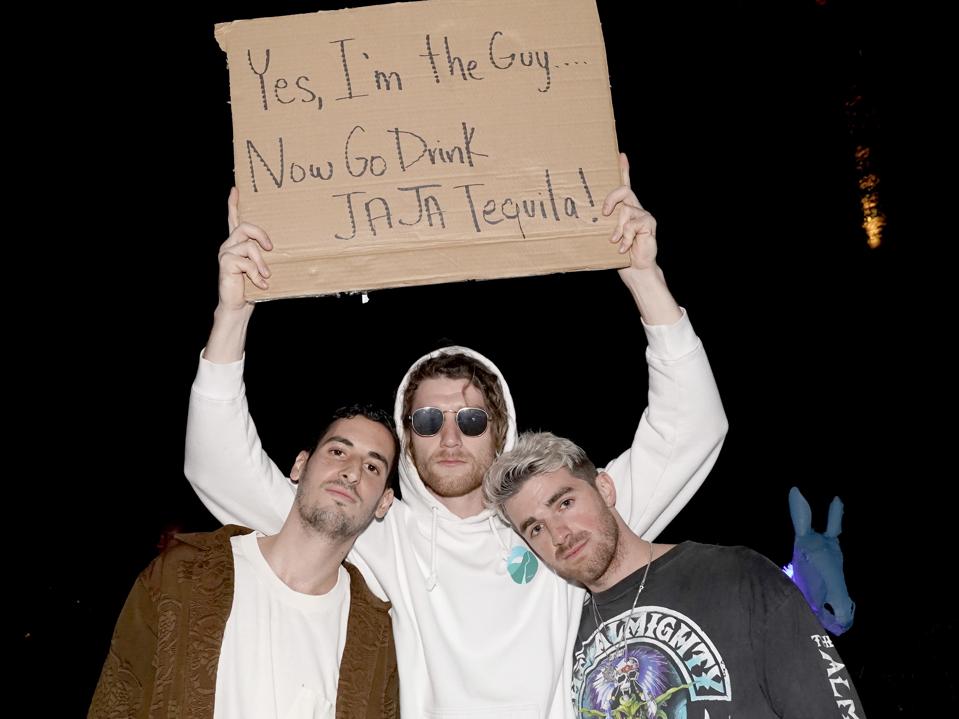 (L-R) Elliot Tebele, Seth Jacobs, of ‘Dude With Sign’ and Andrew Taggart as JAJA Tequila Presents … [+] The “Party For No Reason” on January 24, 2020 in Los Angeles, California.

When asked what his future and that of the account holds, Jacobs told me, “I’m still trying to figure [the future] out. Maybe continue making funny accounts? There are interesting opportunities that I would have never imagined coming my way with this all the time. Right now I’m kind of just riding the wave, dipping my toes in different things. Ellen, for example, was something cool that got me really interested in how television works. I’m just learning, doing my best, and meeting awesome people and I’m confident something awesome will come my way.”