As I approach my third year using it as my daily driver for working and playing, I’m still amazed at how frequently Linux surprises me. I approach Linux as an endless rabbit hole of new discoveries. Endless OS, then, is like an oversized amusement park full of intersecting rabbit holes and winding mazes of knowledge you’re happy to get lost in. I never envisioned having this much fun with a Linux operating system — any operating system — while completely disconnected from the lifeline we’ve become addicted to: internet connectivity. 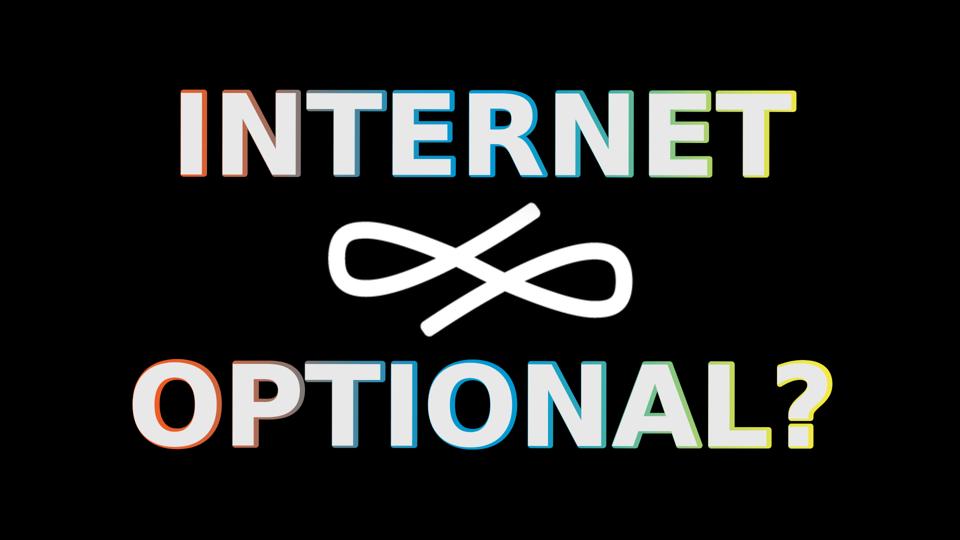 Can an operating system be useful and educational when it’s unplugged from the internet? Yes it can. … [+]

Endless OS isn’t new, but I’m reminded of the old NBC tagline the television network used to fight the stigma of reruns: “If you haven’t seen it, it’s new to you!” The first public release of Endless OS happened in 2014, so stacked against popular operating systems like Windows, macOS and Ubuntu, I suppose it’s practically a baby.

The “hook” of Endless OS is what distinguishes it from every other PC operating system on the planet: it’s actually useful when you’re offline. A constant connection is something the western world and more developed countries take for granted, but it’s an everyday reality for areas like Kenya, Uganda and Tanzania which, unsurprisingly, Endless is also selling a low-cost laptop loaded with its Debian-based OS.

The company also developed Spark, a learning laptop meant to be a child’s first PC, and one of its core missions is bridging the digital divide.

For peak effectiveness, by the way, Endless OS clocks in at a whopping 16GB download. Now the offering of PCs it is pre-installed on (Asus also offers it in various countries) makes a lot more sense! 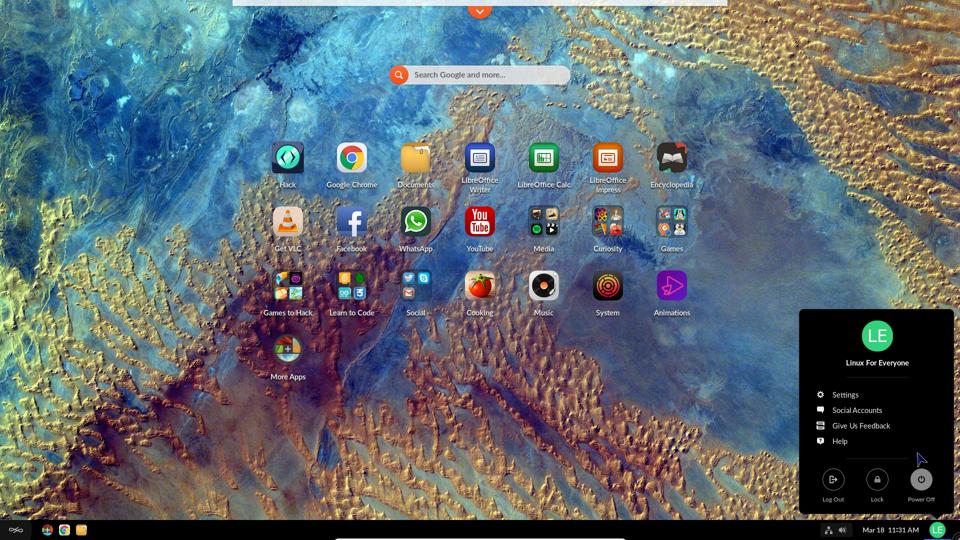 The companion devices aren’t the focus here, though. Like the vast majority of Linux distributions, Endless OS is completely free to download and use, with no hidden costs.

And it just might be a worthy OS to consider for learners of all ages.

On the surface, the default desktop of Endless OS (which is based on GNOME) reminds me more of Android or Chrome OS than it does a full-fat PC desktop. App icons are tiled in the center of your display (complete with folders for grouped applications), and there’s a “Search with Google” box above them. At the bottom of the screen you have a traditional — if very minimal — taskbar and system tray.

Things start to get decidedly more interesting once you dig into the 100+ apps that are included. 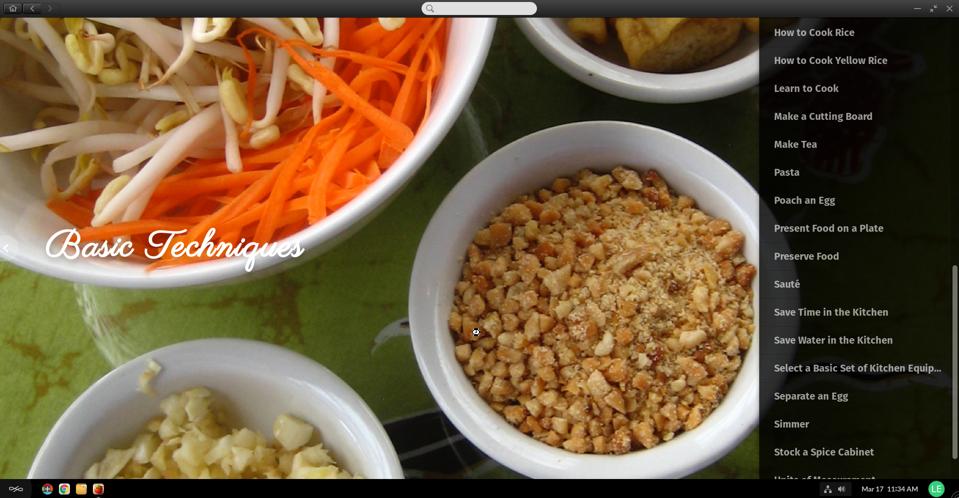 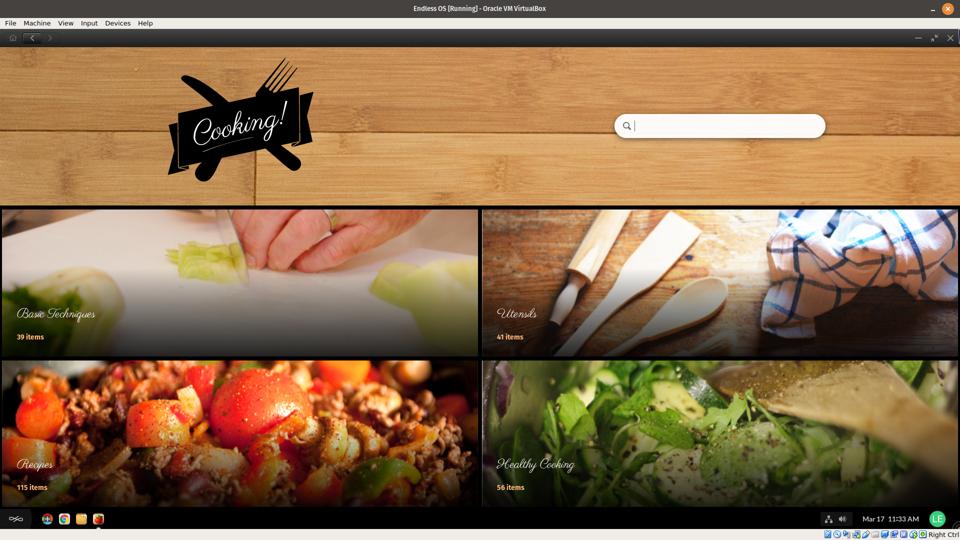 Let’s begin with this: Endless OS basically has Wikipedia built in. It’s called “Encyclopedia” but it comprises at least 50,000 Wikipedia pages. There’s also a Travel app littered with global destinations and associated facts and landmarks.

Want to learn basic and advanced cooking techniques or prepare some Chicken Tikka Masala? Fire up the “Cooking” app which includes more than 160 recipes and tips on everything from ridding your kitchen of ants to properly boiling an egg.

Want to learn how to waltz, assemble a clarinet or breed turtles? Learn how to work with CSS and HTML5? There’s an app for that.

Want to learn the fundamentals of an operating system, or embark on an interactive journey learning the command line? There’s an app for that, too. 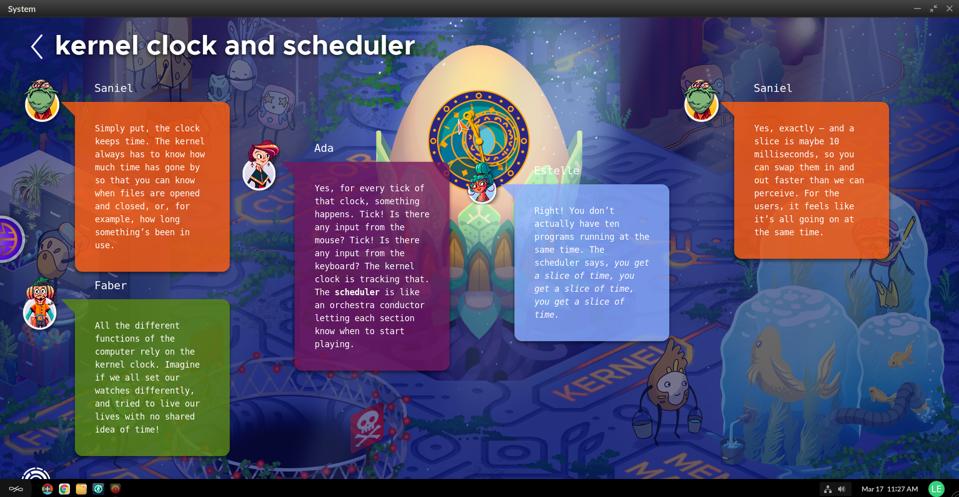 Endless OS ships with “Hack,” an educational game that teaches you about every aspect of an … [+] operating system. 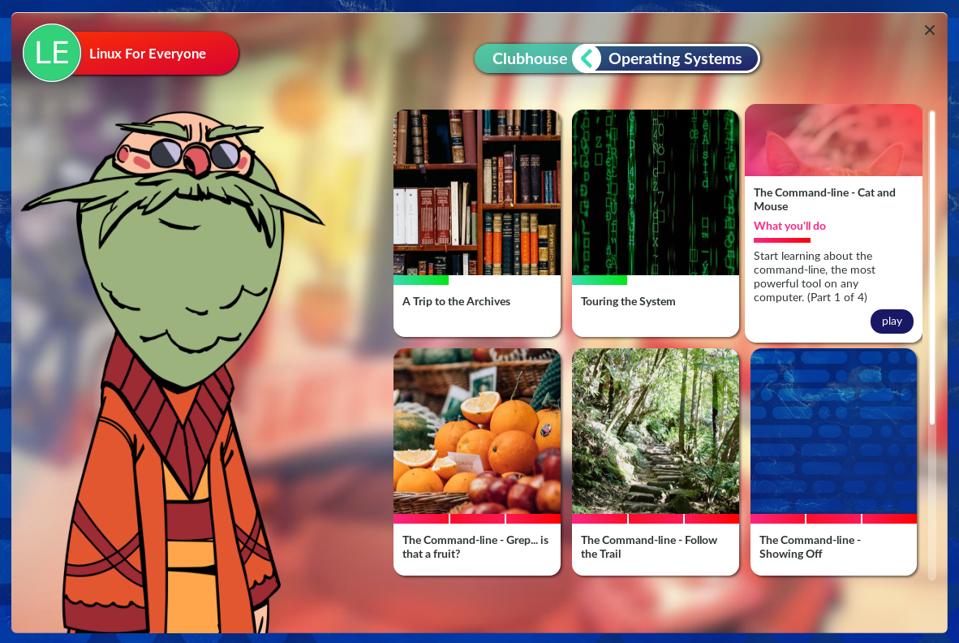 Hack also teaches you Terminal fundamentals — I even learned a bunch of new things!

What about a deep dive on various psychological conditions or caring for a loved one who’s sick? Fire up the Health app.

Need to mix some audio, design a 3D illustration, edit photos? Access lectures and videos on mathematics, astrology, history? You guessed it. . .

And yes, of course it has an office suite with Microsoft Office compatibility.

Just imagine the time you’d consume installing such a wide range of software separately on Windows or macOS. Visiting dozens of websites or navigating through dozens more installation steps and license agreements and terms of use pages.

And all of this knowledge is available straight out of the box, even when you’re offline.

ABOVE: A lengthy tour through Endless OS

There’s also an App Center (no login or account required) for you to download additional software, and it’s presented cleanly with several categories, screenshots, file sizes and descriptions. Surprisingly, even the App Center has basic functionality when you’re offline. You can browse the entire catalog and even queue things up to download once you’re connected.

Endless OS also detects whether you’re on an unlimited network connected or a metered one, and schedules its software updates accordingly. For those of you burned by Windows 10’s problematic update process, you’ll be pleased to know you can disable Automatic Updates on Endless OS with one click.

I would feel confident handing it to a 7 year old or to my 89-year-old grandmother. Sure, it’s based on Debian so you can tap into the true power of Linux and tinker, but using it right out of the box feels natural and intuitive.

And regardless of the target audience, I’m having an absolute blast learning and discovering new things I’d probably never seek out online. Which is perhaps ironic, but strangely true.

You can download Endless OS here for both PC and Raspberry Pi. It’s available in a variety of languages including Portuguese, Spanish and Vietnamese.

China’s Recession Will Hurt As Coronavirus Crisis Spreads To U.S. And Europe

Review: ‘Saints Row The Third Remastered’ Is A...

Simple Apple Security Hack: If You Have TikTok...

Founders, This Is Your Martian Moment. Help Isn’t...