Breaking
Florida Supreme Court Tells The American Bar Association...
How to Write Perfect Paid Social Media Marketing...
How To Boost Productivity In Your Small IT...
How Restaurants Can Design a More Sustainable Food...
Expenses That Small Business Owners Need to Be...
How You Can Make Saying Goodbye To The...
Biden To Meet Royal Family At Cornwall’s Eden...
It’s Going To Be Emotional — Going International...
Peer Mentoring For Students: STEM & Buds
7 PR Trends in 2021: The Story So...
Google Plans Radical New Google Pixel Smartphone Upgrade
Where Did COVID Come From?
Ride To Growth With A Business Vehicle
C3.ai’s Tom Siebel: How To Scale AI
Moz Acquired by iContact Marketing Corp
10 Examples of Brands Using TikTok Stitch and...
Home Technology Meet The Linux Desktop Aiming To Be The Perfect Upgrade For Windows 7 Users
Technology

In a few short days, millions of Windows 7 users will reach the end of the line. Or at least, the end of crucial security updates from Microsoft. While Redmond is pushing those users to upgrade to Windows 10, many in the Linux community are vying for attention by pitching their respective distribution (aka Linux desktop OS) as a superior alternative to Windows 10. One such example is KDE Plasma, a desktop I’ve praised in the past for its surprising leanness and wealth of customization options. 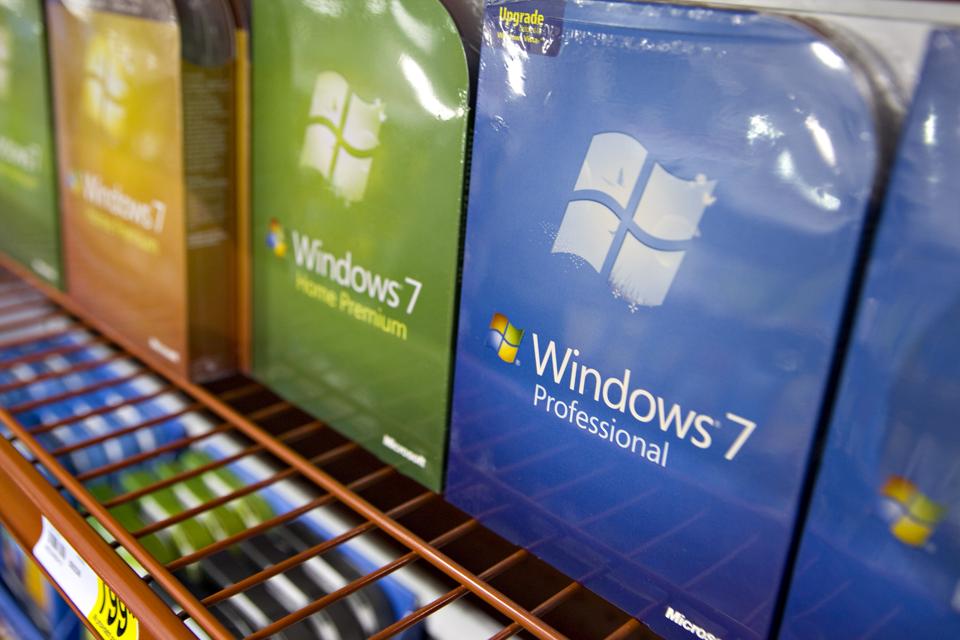 Copies of Microsoft Windows 7 are arranged for a photograph at a Staples store in New York, U.S., on … [+] Thursday, Oct. 22, 2009. Microsoft Corp. will begin selling the Windows 7 operating system today, an effort to reverse three quarters of declining Windows sales and fend off Apple Inc.’s gains in personal computers. Photographer: Daniel Acker/Bloomberg

The KDE Community has just launched #Switch2Plasma, a social campaign targeted equally at Windows 7 users and Linux advocates who want to help spread the word.

Instead of migrating to Windows 10 and putting up with hours of updates, intrusions on your privacy and annoying ads built into your apps, install a Linux operating system with Plasma. In 30 minutes you will be up and running and you will have all the security and stability of a Linux system, with all the features and ease of use of Plasma.

For those unaware, KDE Plasma is one of several “Desktop environments” you can install on your Linux distribution of choice, giving your experience much more flexibility than what’s possible on Windows. Linux distributions like Kubuntu and Feren OS offer KDE Plasma pre-installed. Here’s some extended reading if you want to learn more:

The focus of KDE’s #Switch2Plasma campaign centers around the following video, which highlights a small slice of the customization options by demonstrating a KDE Plasma desktop that resembles Windows 7 in look and feel:

If you’re currently a Windows 7 user and feel curious about what you’re seeing in the video, I recommend taking Kubuntu 19.10 for a test drive. If you don’t want to mess with downloads, installation, or anything technical, you can take it for a spin (along with many other Linux distributions) right inside your current desktop or mobile browser here.

For those Linux ricers who are curious how this Windows 7 theme came together, this is for you: Dominic Hayes, the creator of Feren OS, used the following freely available themes and elements to create the Windows 7-like desktop experience inside of KDE Plasma:

If you want to get involved and help the KDE Community spread the word, here are two resources to check out:

Prediction For 2030: Government Can Help Housing By Doing Less

Why Are CEOs Paid So Much?