Breaking
‘Game & Watch: The Legend Of Zelda’ Will...
How to Get Results from Broken Link Building
Florida Supreme Court Tells The American Bar Association...
How to Write Perfect Paid Social Media Marketing...
How Restaurants Can Design a More Sustainable Food...
Expenses That Small Business Owners Need to Be...
How You Can Make Saying Goodbye To The...
Biden To Meet Royal Family At Cornwall’s Eden...
It’s Going To Be Emotional — Going International...
Peer Mentoring For Students: STEM & Buds
7 PR Trends in 2021: The Story So...
Google Plans Radical New Google Pixel Smartphone Upgrade
Where Did COVID Come From?
Ride To Growth With A Business Vehicle
C3.ai’s Tom Siebel: How To Scale AI
Moz Acquired by iContact Marketing Corp
Home Business Meet The Only Black Women To Operate A Tequila Brand.
Business

Meet The Only Black Women To Operate A Tequila Brand. 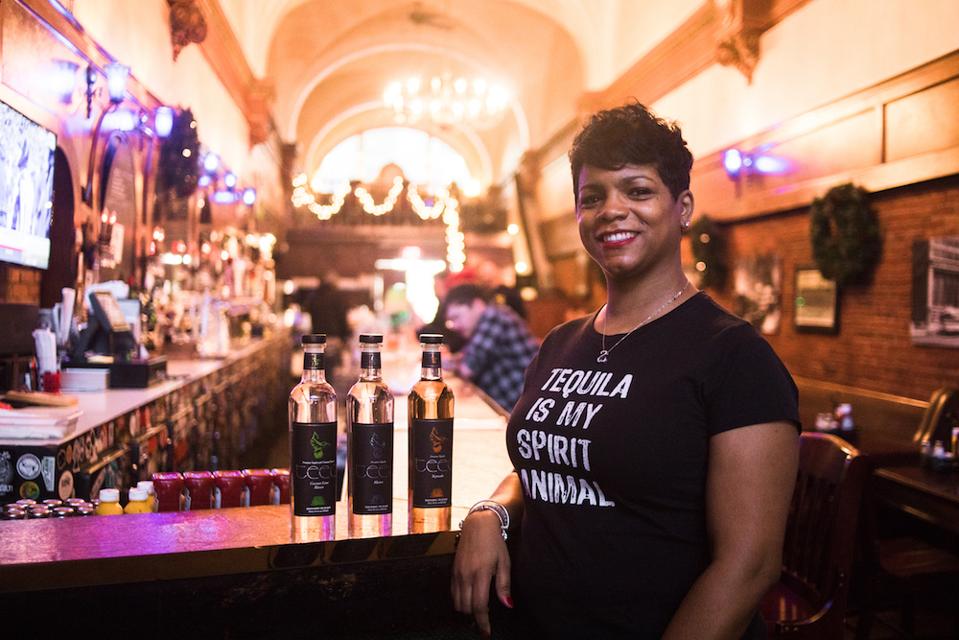 Starting a spirit brand is no easy task, especially for a black woman with no prior background within the spirit industry. But Nayana Ferguson’s lack of experience didn’t stop her from launching Teeq Tequila, a premium tequila based in Detroit with her husband Don Ferguson and Co-founder Mike Rowold in August 2018. Using her previous knowledge as a businesswoman, Ferguson turned her passion for tequila into a thriving business, thus becoming the only black woman to operate a tequila brand. Although it’s a small brand with just three tequilas in its portfolio including the world’s only coconut lime Blanco tequila, Teeq Tequila is garnering attention from the Spirit Industry. This year at the San Francisco World Spirits Competition, this brand received silver and bronze medals for all three of their tequila expressions. In an interview with Forbes, Ferguson explains Teeq Tequila’s origin and how this brand was able to expand in such a short period.

Tell me about Teeq Tequila’s journey.

Tequila is a highly regulated spirit and to build a tequila brand from the ground up, it can be challenging at times. In order to have true 100% Blue Weber Agave Tequila, we had to partner with a distillery in Mexico to make our brand. Once we found a distillery, several contracts had to be negotiated and approved by both the Mexican and US governments. After that approval process, we started sampling the tequila, picking out bottle designs, corks, tops, labels, etc. all with various approval processes.

What challenges did you faced to launch the brand?

We have encountered many challenges during the launch process, such as tariffs, logistic problems. We’ve had almost every hurdle thrown at us, but we continued to move forward, and Teeq Tequila launched on the market 11 months after our first conversation about starting the brand. We have learned from every challenge we’ve encountered. In the face of adversity, you either solve the problem and continue moving forward or you give up. We were not giving up and our choice was to only go forward to continue to build the brand with our goal to become one of the biggest tequila brands in America and create our own legacy.

What distillery did Teeq Tequila pick to partner with and why?

We chose Casa Maestri (Destiladora del Valle de Tequila Distillery) because they have an incredible reputation in the tequila industry as the most awarded distillery in all of Mexico. After discussions with Casa Maestri, we knew that they would be able to produce the flavor profiles that were important to us and our brand. We felt they were the best match to create a high-quality tequila that we would be proud of and that we could work together to challenge the market, especially with our Coconut Lime Blanco Tequila. 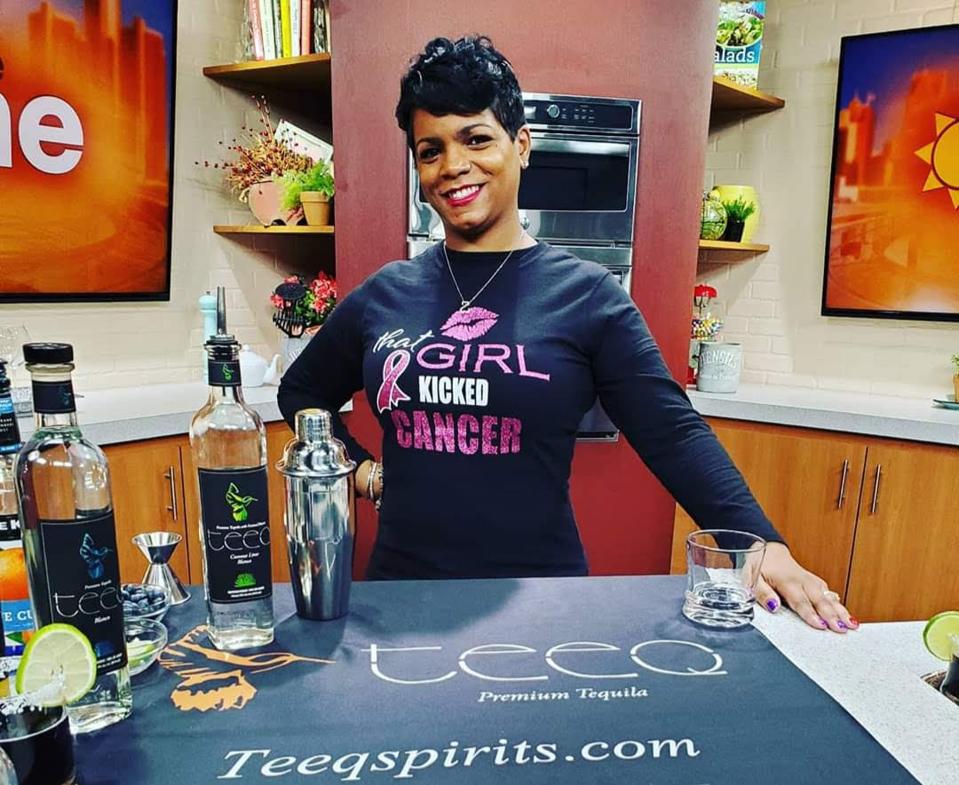 Why did you create the world’s only Coconut Lime Blanco Tequila?

When we created Teeq Tequila, we always wanted to do something different and unique that pushed the conventional boundaries and standards in the tequila industry. We wanted to create a tequila that broke the stereotypes of tequila being harsh and not palatable. The idea for the world’s only coconut lime Blanco tequila came from our research on the most popular tequila cocktail in the world, the margarita. A coconut margarita is one of my favorites, so we thought, why not combine the two? We decided to infuse a Blanco tequila with the natural extracts of coconut and lime – the result worked well together. Once we released it on the market, the feedback was and has been overwhelmingly positive. The attention that the world’s only coconut lime Blanco tequila is receiving across the country has been phenomenal and substantiated the risk in making something different – it was definitely worth taking.

As a black woman, how has the Spirit Industry accepted you?

I have noticed that sometimes there is a wall up with people in the industry initially when they meet me. However, when I start speaking about Teeq and people hear my passion, those walls come down. Most spirit industry people are surprised that I know so much about tequila and I end up educating them, which is refreshing.

Do you feel like there is a need for more Women of Color brand owners?

I believe there is absolutely a need for more Women of Color in the spirits industry because it inspires people from all walks of life to pursue their dreams. It is refreshing to see some amazing products that other WOC have created that are receiving global attention. It is a big motivator, for me personally, to witness their accomplishments knowing that I too am a part of this growing world of WOC spirit brand owners. 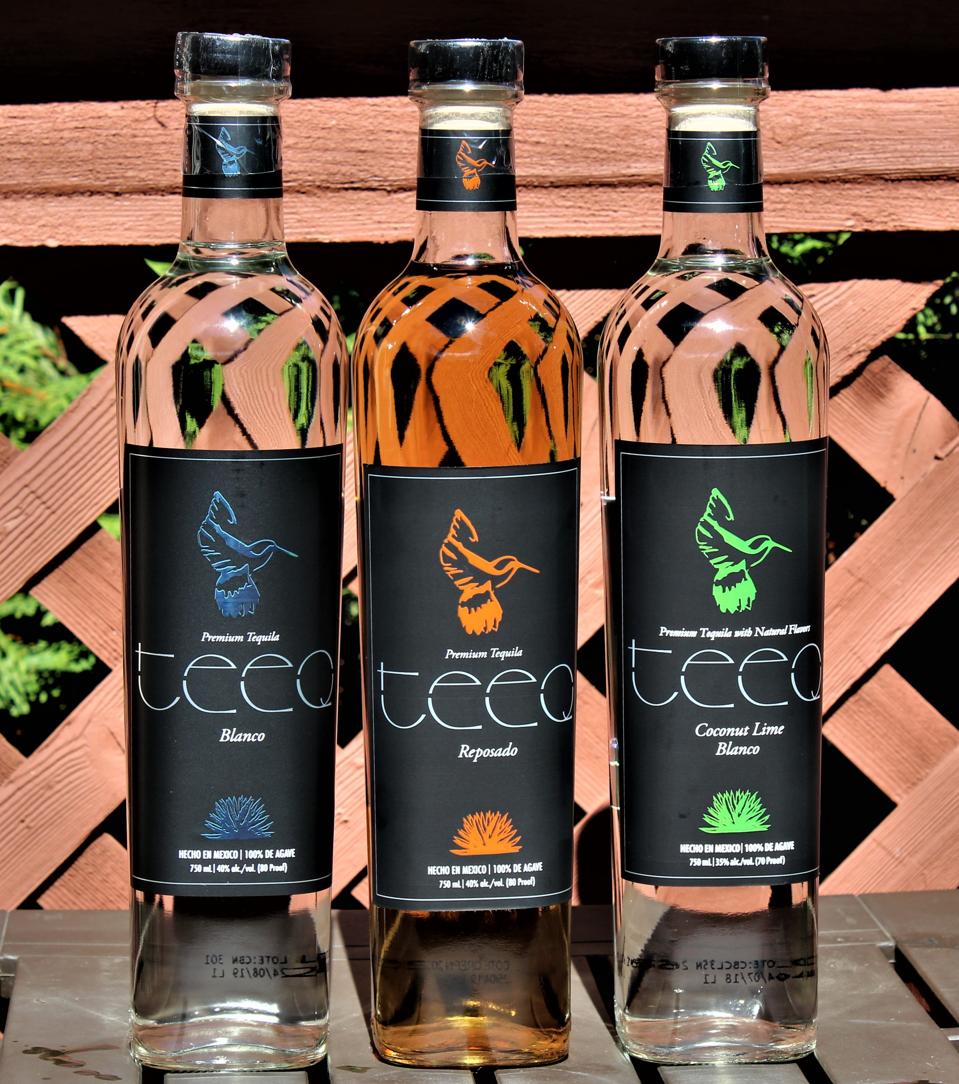 What’s next for Teeq Tequila?

In our short time of being available only in Michigan, we have seen tremendous success. Fans of Teeq Tequila have taken bottles on trips throughout the country, which led to our social media following, growing quickly with messages and emails asking when we were expanding to other states.

The initial timeline for our expansion to other states was expected to take three years, however, with the success in Michigan and the demand for Teeq Tequila in other states, we had to speed up that process to 17 months. Florida and California quickly made sense as the first states to expand to, for many reasons. The main reason being that we already had distribution in place through our importer, MHW, LTD. We are excited about the expansion into these states and news of our growth has resulted in more distribution companies contacting us to discuss opportunities in additional markets.